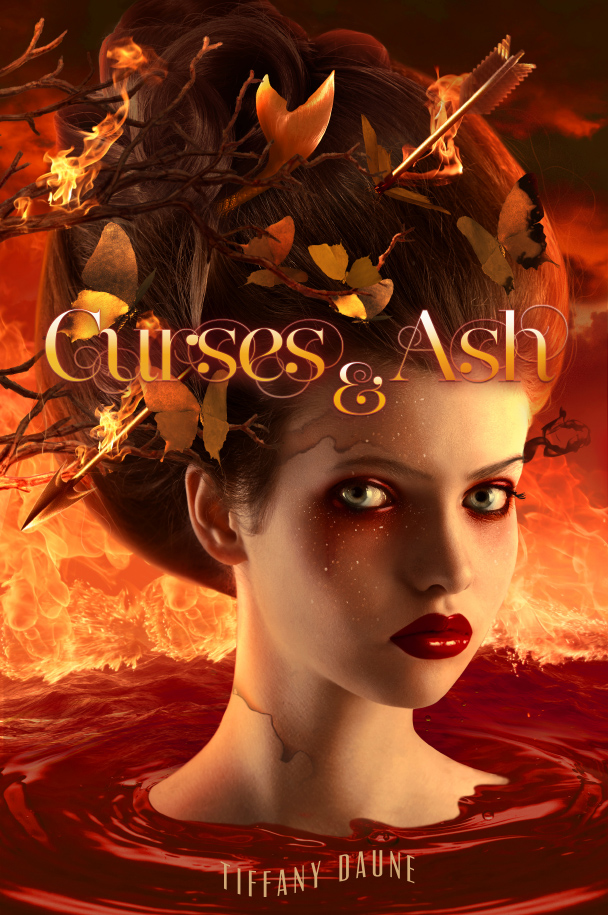 A demented twin sister, a demon hijacking her powers, and a mysterious journal filled with more questions than answers—Halen needs her Guardian Dax more than ever. But if she confides in Dax, she fears he will never forgive her, not after all he sacrificed to help her vanquish Asair. Halen drowned Asair in a tornado of wings—at least, she thought she killed him. Why then does his mocking voice snake through her thoughts, enticing her to surrender her power? Maybe she screwed up—big time—but she will never allow Asair to control her magick. And when Etlis' fires threaten the Earth, suspicions surrounding Asair's death rise, igniting restlessness within the realms. Her life in balance, Halen must race time, purge the demon's soul before flames consume the Earth or the Tari strike first.


Curses & Ash, book two in the Coral & Bone series was released January 2016. Curses & Ash is available in paperback and ebook on all major retailers. Reviews have been favorable for this much anticipated sequel. Curses & Ash has been traslated into Chinese and will be released in China summer 2016.


“We’ll leave for Etlis in a day or two. You’re not ready to travel.” Dax leaned his back against the doorframe; his stormy blue gaze slipped over Halen, studying her as if searching for the lies she was hiding.

How much did he see? Panic rushed through Halen. Had he witnessed the shift in her eyes as they blurred over with Asair’s cocky stare? Could he see her demon passenger now?

“Are you sure you can handle a shower on your own?” He crossed his arms, the silver band of his Guardian bracelet hidden against his heart. “Tage is just in the other suite. She wouldn’t mind helping.”

“No!” Her voice rose a little too loudly for the cramped hotel bathroom. The last thing she needed was an Empath digging through her emotions. If she had screwed up and really hadn’t killed Asair, but instead swallowed his soul, then no one could find out. After all her friends sacrificed, they would never forgive her. “I don’t need Tage.” She worked a smile to her face.

“Okay, but all you have to do is ask.” His unwavering gaze never left hers. He was suspicious, or maybe just worried; she couldn’t quite tell, but his energy flashed like streaks of lightning in a summer sky.