Curse of the Alpha: Episodes 1 & 2 by Tasha Black 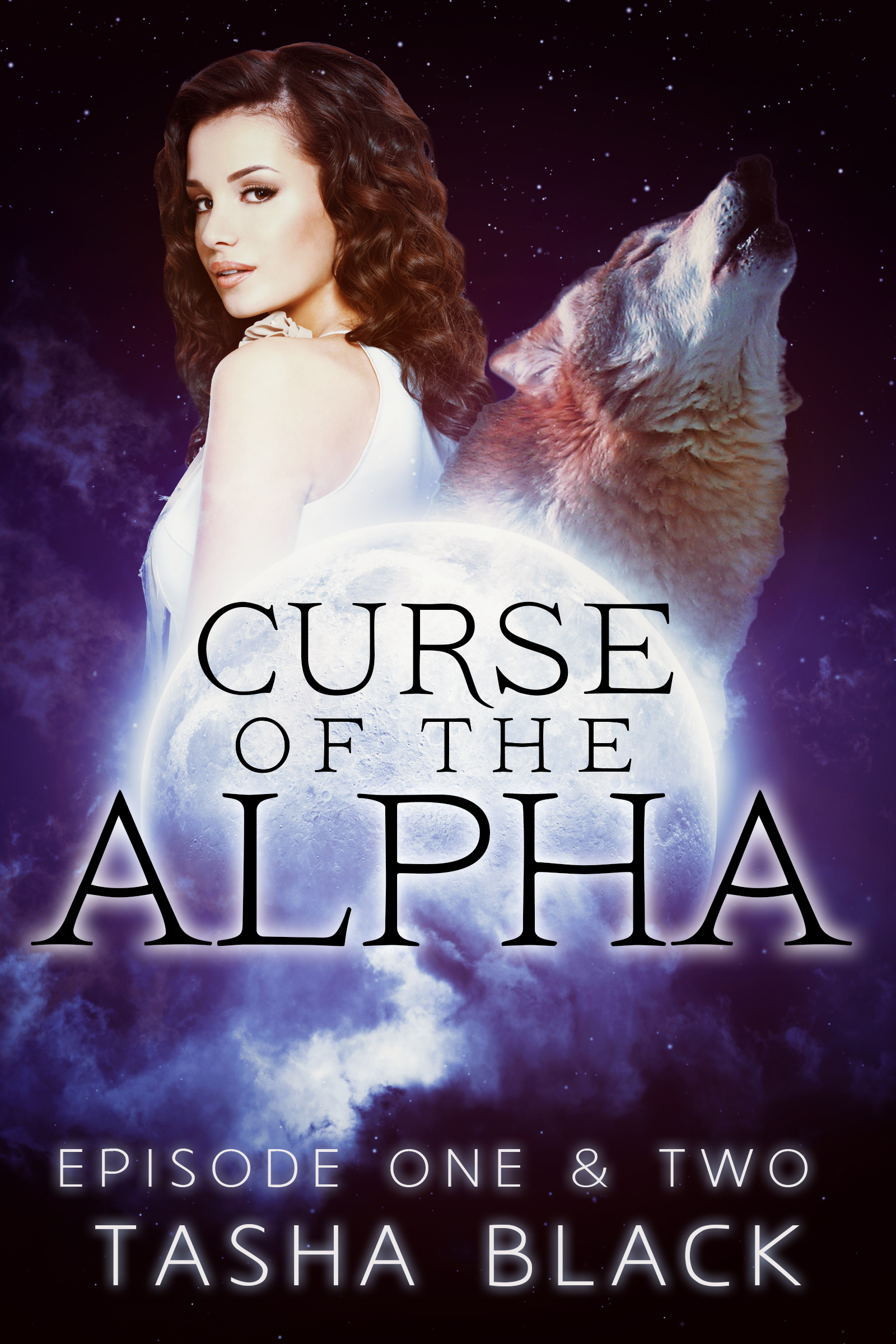 Ainsley Connor is determined to turn her back on her shifter past.

But the wolves of Tarker’s Hollow call on her to choose the next alpha, and Ainsley becomes the object of desire for every eligible wolf in the quiet college town.

Surrounded by seductive shifters, all desperate to claim her, Ainsley wants nothing more than to leave the pack behind forever. But her newfound passions will not be ignored.

Ainsley soon finds herself torn between the mysterious stranger with the dark secret, the gorgeous and loyal friend from her past, and the hunky sheriff that wants her all to himself.

And the shifters aren’t even the strangest part of Tarker’s Hollow.

As she struggles to come to terms with her true nature, Ainsley is thrust into the center of a steamy web of shifters, ghosts, witches and warlocks, caught up in a life-and-death struggle for control of the pack she tried to abandon.

But for Ainsley Connor, the toughest wolf she must face might just be the one inside herself.

Curse of the Alpha is told in six installments, or episodes, like a TV show. Each episode contains a cliffhanger to entice the reader to tune in for the next one. If you’re not a fan of the serial format, all six episodes are also available in a complete bundle!

Ainsley Connor is on a mission to get back to the penthouses of Manhattan before the full moon. Will the wolves manage to stake their claim on her before it’s too late?

Ainsley learns about the danger facing the pack, and discovers that someone she trusts is hiding a dark secret. Will she be able to restrain the beast inside as it struggles to break free?


THIS IS THE FIRST PART OF A SERIAL. TRANSLATORS WOULD NEED TO TRANSLATE ALL PARTS. Then I will also offer them as a bundle, in addition to individual episodes.

Curse of the Alpha is consistanly ranked in the top 100 of several categories on the US Amazon store. Dowloads of this book are typically hundreds per day, leading to excellent sell-through to the rest of the series!

I am very active with promotions, and willing to supply promotional materials and funds to any translator for promotion in any language!

I will even set up a mailing list in the translated language for you to send out announcments of new releases and promos, and set up a page on my website as a hub for the translated books.


Ainsley was having the dream again.

She had worried that coming home to Tarker’s Hollow would bring it back. Her hands twisted the sheets as she tossed in her old childhood bed. At the same time, she smelled the pine needles crunching underfoot as her dream-self ran through the college woods.

In the dream she was always a teenager again.

Brian Swinton, the new boy at school, ran a few steps behind her, laughing.

Brian had just a few freckles on his cheeks that made you look at his eyes, his big, dreamy, hazel eyes. Once you were done with his eyes, which could be quite a while, you couldn’t help but see how his t-shirt hugged his wide shoulders and his Levi’s hung from his narrow hips. And even though he was a new kid and quiet, he made Ainsley’s heart beat loud, loud, loud.

After school he would walk her home, and sometimes, Brian would try to pull her toward the woods. And Ainsley, who had always been a good girl, would sometimes let him.

There, they would kiss under the pine trees until Ainsley was dizzy and heated and pushed him away to run as fast as she could back home. He would call after her, both of them laughing.

But the dream wasn’t about one of those times. The dream was always about their last visit to the woods.

In the quiet night of her parents’ empty house, a more grown up Ainsley thrashed in the sheets and tried desperately to wake up. But her traitorous feet carried her deeper into the woods, deeper into the dream.

As she ran, her own laughter mingled with Brian’s, close behind. At last, she stopped, whirled around, and wrapped her arms around his neck, ready for a sweet, slow kiss.

Instead, he spun them both around and pressed her back against a tree.

He’d never done that before.