Courted by the Vampire by Sandra Sookoo

Fairies and ghosts and vampires, oh my! A trick of the mind or a new reality? 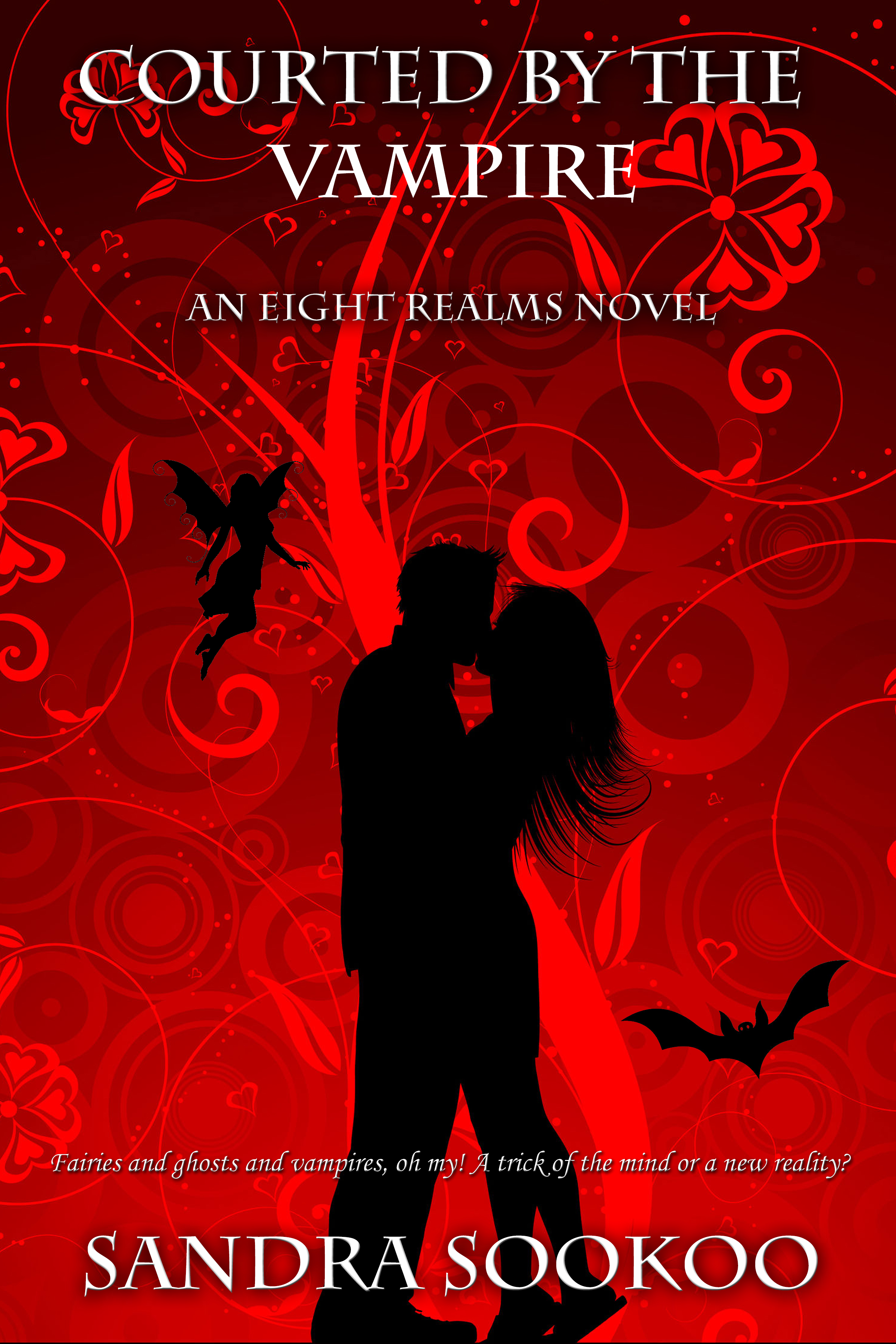 Hannah Weybourne doesn’t believe in things that go bump in the night. A reluctant empath who has tried to ignore her powers, she can’t help but wonder if they’re the reason when a hunky vampire enlists her aid. She’s got her work cut out for her trying to deny Edwin’s sex appeal as well as remaining hidden from the paranormal world.

Edwin Mason is a paranormal bounty hunter searching for a wayward vampire. His best-laid plans go awry when he meets stubborn Hannah and immediately recognizes her value to the Eight Realms. She’s the missing link needed to vanquish a power-hungry Demon Lord who’s on the rise. Though he’s got a job to do, Edwin’s thrown off guard when Hannah bewitches him with her sarcastic nature and her tempting curves. What’s one little bite between friends?

The unlikely duo runs into a sticky web of supernatural foes and dark deceit in their quest to protect the magic in the Eight Realms. So many riddles, so little time. Despite the danger on their tail and the Demon Lord in their sight, love blooms, and it’s not a normal courtship, but then, who needs normal anyway?


Hannah nodded, acutely uneasy at the urgency in his voice. She shook off his hand. “Where are you going? I can feel something out there. Will you be in danger? Do you need my assistance? Can I—” Her flood of words broke off as Edwin claimed her lips. His dark, color-changing eyes flashed in the dim light of the moon. She stepped away then banged the back of her head smartly on the side of the rough cave. “Why did you...?”

“Stop talking.” He pressed a finger to her lips then leaned in close. “I may be away for a bit but do not worry. You will be protected here.”

“I demand to know where you’re going.” She clutched a fistful of his shirt, pleased when he paused.

“It would behoove you not to demand anything of me at this moment.” His eyes glittered with anger even as his voice purred in the stifling air.

She planted her hands on her hips and returned his glare. “And if you knew what’s good for you, you’d lose the attitude.”

For long moments, their eyes locked. Neither blinked. Finally, Edwin dropped his gaze. “A werewolf lurks outside our shelter. I will warn him away.”

“You’re going to fight, aren’t you?” Her pulse quickened.

Frustration prompted his sigh. “Blows will be exchanged, and no, you cannot watch.”