t was a simple job, babysitting really; keep surveillance on the minister's wife until she went safely to bed. Then all hell broke loose. 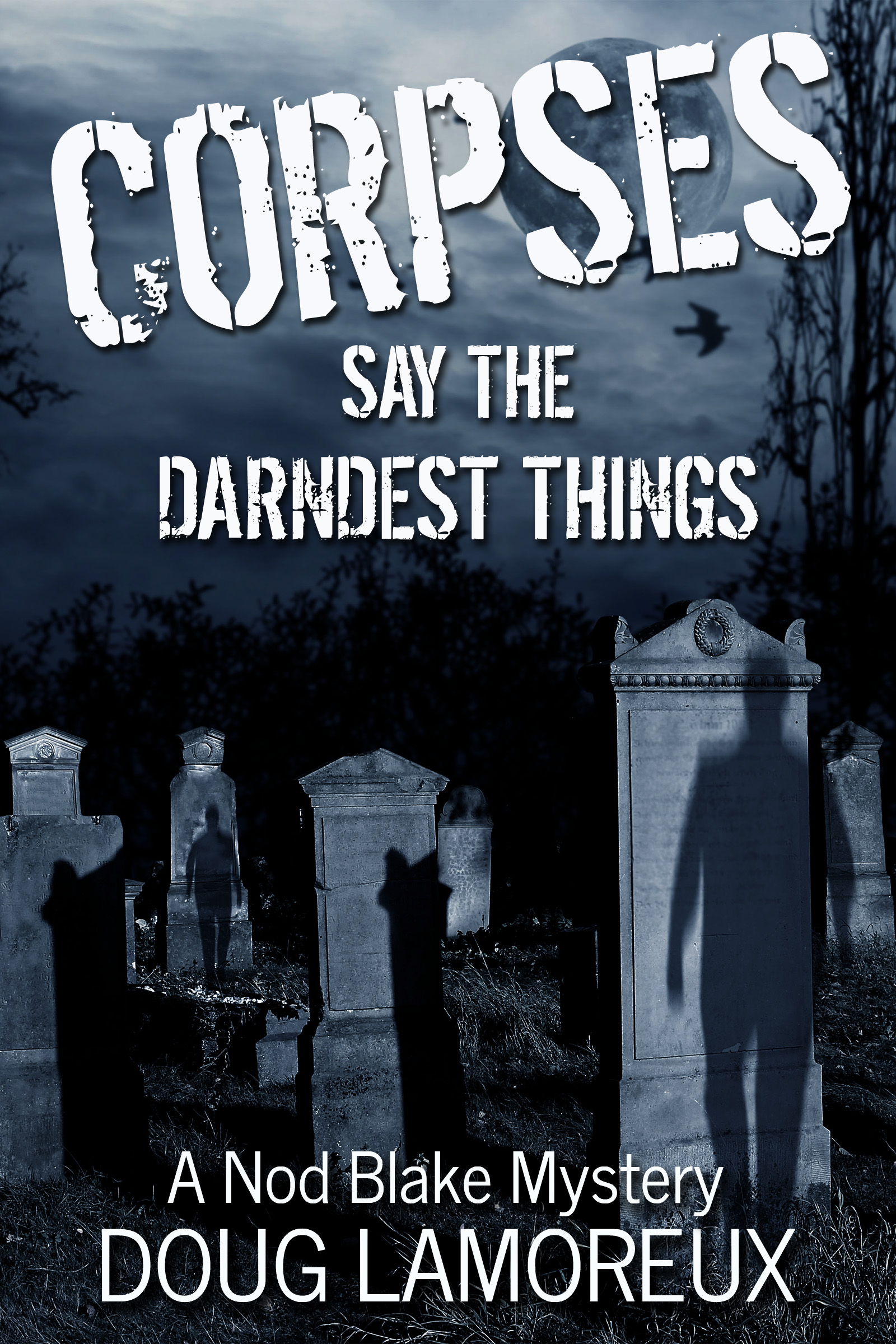 t was a simple job, babysitting really; keep surveillance on the minister's wife until she went safely to bed. Then all hell broke loose.

The death of Katherine Delp, wife of Chicago's most beloved televangelist is only the beginning. Someone is homiciding their way through the congregation of the Temple of Majesty Church and, thanks to his eager and awkward young secretary, private eye Nod Blake, an aging throwback to a by-gone era of detecting on the mean streets, a dinosaur who never got the memo he was extinct, who sometimes thinks he's Bogart, George Raft, and Lee Marvin rolled into one, has been dumped in the middle of it all, on his head.

The resulting injuries have somehow opened the door to the here-after. Dead people, Blake believes, are talking to him. Are the victims really begging the last gumshoe for help from the other side of the grave? Is he hallucinating? Or has he lost his friggin' mind? When his nemesis, Detective Lieutenant Wenders finds evidence Blake is the murderer, the private dick's life becomes a great big soup sandwich.


Imagine, if you will, an all but washed-up private detective pursuing a uniformed cop down the street as fast as either of us could run.  Yeah, we were a sight.

Not that it mattered to anyone.  In The Windy City like any other metropolis, with a million people passing at any given time, few bothered to look and nobody put in a hand.  No, sisters and brothers, I was on my own and chasing him for all I was worth.  I'm the private dick.  I could describe the sounds, the smells.  I could name the streets, the twists and turns, the folks we almost knocked down, the things we ran around, jumped over, the vehicles that nearly hit us.  What would be the point?  We ran until I could barely breathe and wished the same for him and then some.  We ran till he made a mistake.

He was passing two hookers, a skinny blonde with roots that matched her vinyl knee-high boots and a tall apple-bottomed girl the color of rich dark chocolate wearing gold and green zebra-striped spandex loitering near a deserted building on North Avenue, when he shouted and turned into an alley that I knew was a dead end.  The sap.  As sure as a frog has delicious legs, I had him.  I passed the working girls myself, too fast to take real notice, turned the corner, and nearly collided with a dumpster that smelled like fish hell at low tide.  The man in blue was just ahead.  From one of the open windows above, as if pleading his case for him, the Electric Light Orchestra begged Don't Bring Me Down.  Nuts to that.  Sucking wind, my heart ready to explode, I leapt and landed on his back.