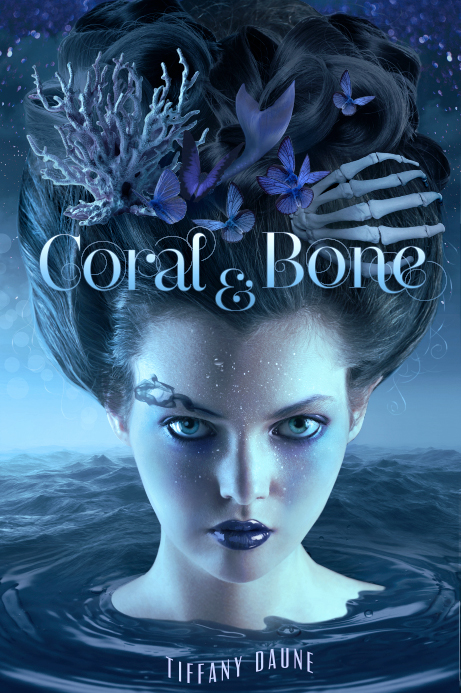 Halen knows the sparks igniting under her fingertips are dangerous. She has spent her entire life trying to quell the tingly feelings that make her destroy things, but now that she is back in Rockaway Beach, where she watched her father drown, the flames have become impossible to tame.

Halen is trying to hold on, but when she is thrust into a mysterious new world, the underwater realm of Elosia, she unravels the secrets of her past and can't help but ignite. As she explores Elosia, she realizes her life has been a lie. And when those who have deceived her come to her for help, Halen must choose—walk away or unleash the magick that could destroy them all.


Coral & Bone was published July 2014. Sales have been steady, but have increased with the realease of the sequel Curses & Ash (January 2016). Coral & Bone recieved a 2016 Watty award. The fanbase has grown considerbaly since being featured. Coral & Bone is also availble in Chinese, German and Spanish. The series was signed with a traditional publisher Februrary 2017.

Sketching his crooked smile had become a habit for Halen, not easily tamed. Flipping through her notebook, the boy’s gray eyes stared back from the pages—almost one hundred drawings in three months. She turned to a blank page, not caring if the teacher noticed, and set the tip of her pencil on the paper. Closing her eyes, she knew the boy would be there. He never kept her waiting.

His face flashed into view; his forehead furrowed, his full lips pressed with a tight line. At once her fingertips sparked, and when she opened her eyes, her hand already penciled in the edges of his jawline. Halen sketched him quickly; she was familiar with the hollow of his cheeks which dimpled when he smiled, and how one side of his jaw was a little more round than square, and how his nose hooked ever so slightly as if it had been broken at one time and had not been set properly. His imperfections were perfection.

As she shaded the rims of his eyes with deep charcoal halos, she longed to climb into the page, and ask what was bothering him. She had so many questions for him. As her fingertips brushed his lips, she bit back her own. If only—if only you were real.

Halen first drew the mystery boy the morning of the move. Coming back to Rockaway Beach was a nightmare, so when she had woken from a dream with the boy’s face etched inside her eyelids, and her fingertips igniting with sparks, she feared the worse. She knew the sparks were a warning; she had fought the flickering flames her whole life. There was more to this boy, more than she cared to admit. There was more to Rockaway Beach than she cared to face.