An imaginative tale about what happened to the child of Lt. Pinkerton and Cio-Cio-san in Puccini's Madame Butterfly opera 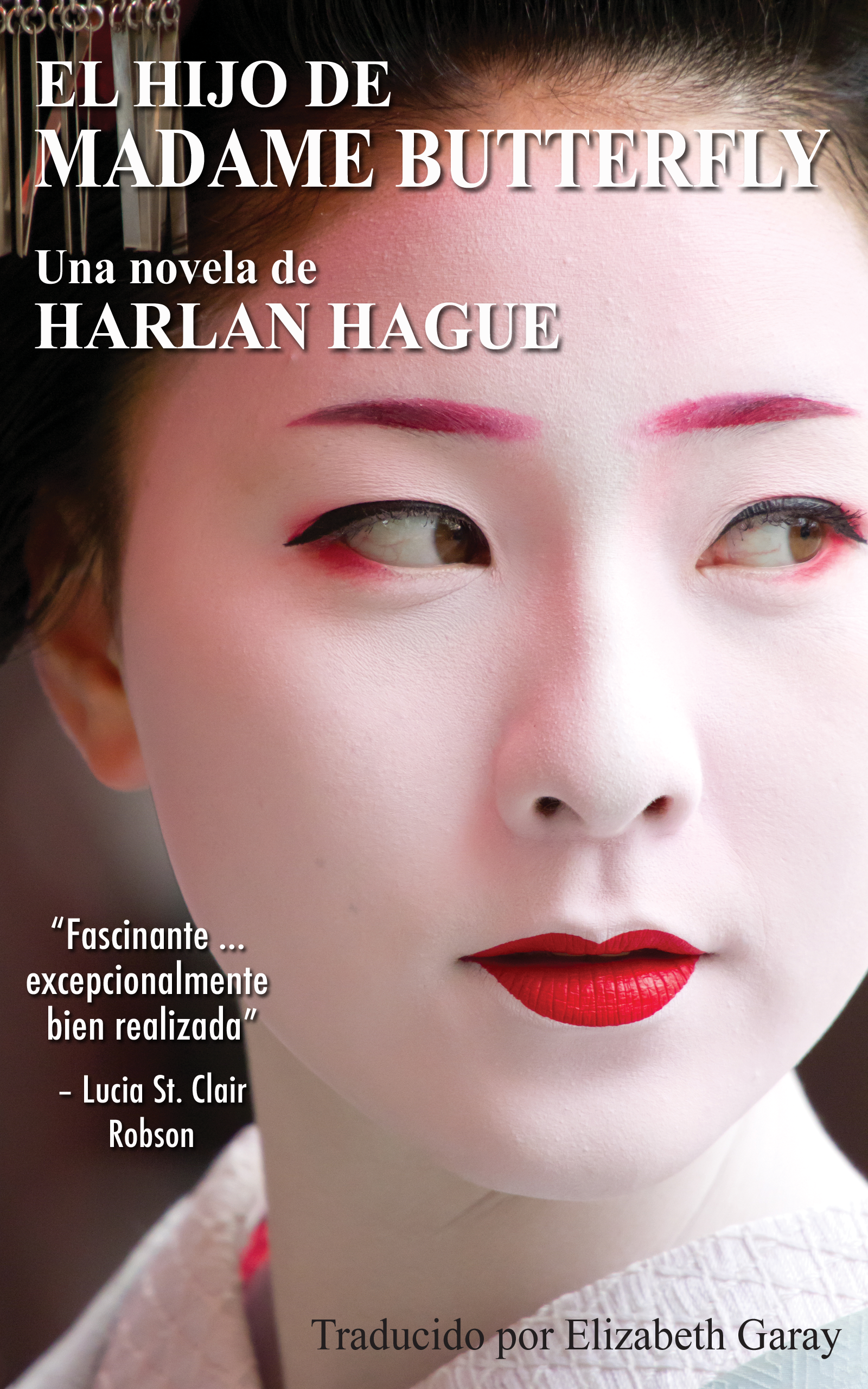 This is the story of Tom Pinkerton, the child of Madame Butterfly and U.S. Navy Lt. Pinkerton. Butterfly and Pinkerton lived together in Nagasaki during a temporary contract marriage of a few months in the late 19th century. When Pinkerton's ship sailed, he said he would return to her, knowing that he would not. He was not aware that Butterfly was pregnant. Three years later, Pinkerton and his American wife came to Nagasaki and learned of the child. They persuaded Butterfly to give the boy to them so they could take him to the United States for a proper upbringing. Butterfly was devastated, but agreed, then committed suicide. So says Puccini in his opera, Madame Butterfly. This backstory is revealed in dialogue.

Pinkerton dies when Tom is quite young, and his stepmother lies, so Tom does not know his true origins until the ex-consul of Nagasaki tells him when he is twenty years old.

Tom is troubled. He goes to Japan to search for his Japanese soul. He finds love in Kyoto's geisha district, where he also finds his mother who did not commit suicide, Puccini notwithstanding.

But the young geisha whom Tom loves is fancied by Kojima, a ruthless, rich suitor. When Michiko runs away with Tom, Kojima is enraged, dishonored. He vows to kill both of them. Tom's reunion with his mother is cut short when she dies protecting him.

Kojima pursues the young lovers over a broad swath of Japan. The beauty of the countryside in three seasons contrasts with Kojima's savagery. The flight is filled with narrow escapes as Tom and Michiko's love grows stronger.

Michiko misses dance and, while staying in a snow country mountain village, she persuades Tom to let her dance at a local tea house. She charms the guests, particularly Akira, a wealthy young client who is enraptured and asks her to go to a hot springs village with him. She declines, but when Tom, drunk and depressed, hits her, she agrees to go with Akira. But she loves Tom, and they are reunited. Akira accepts her decision, but he remains devoted to her.

When Kojima's men kidnap Michiko, Akira helps Tom rescue her. Finally, Akira, raised and schooled in the samurai tradition, provokes a challenge from Kojima to a duel with samurai swords. But Kojima does not intend to fight Akira and has him assassinated. The police find Akira's sword and give it to Tom. Coached in the samurai tradition by Akira, Tom appears for the duel. He kills Kojima, and the flight of the lovers ends.

Tom ends where he began, in Nagasaki. The final scene shows Tom and Michiko living in Butterfly's house on a point overlooking the sea. In a tale that is both tragic and fulfilling, Tom loses his innocence and finds love and his soul.

My story stands on its own merits, and one need not know anything about the Madame Butterfly of Puccini's opera. The relationship between the protagonist and the Butterfly of the opera is revealed during the course of my story.


Moderate sales. I promote the print book and ebook on social media and signings and advertising.


He opened his eyes and wondered whether this was still the dream.
It seemed real enough. He sat in a small room with walls of wooden panels. The floor was tatami, six by three-foot mats of tightly woven rush grass and rice straw. Each mat was sewn with a black fabric border and bound with twine. The room was still, quiet. He thought he heard his heart beating.
A lightly carved wooden chest rested against the wall behind him. Beside the chest, there was a small tokonoma, a recessed space in the wall. A hanging scroll of delicate calligraphy hung on the wall at the back of the space.
On the floor of the tokonoma, under the scroll, there was a small black lacquered bowl. Beside the bowl, an arrangement of fresh branches, leaves, and blossoms was displayed in an unpainted vase.
Tom sat on the floor, legs crossed, before the open shoji doors of natural wood and rice paper panels. He wore a yukata, a light cotton summer kimono, decorated with kanji characters wishing the wearer a long, happy life. Outside the doors, a narrow walkway of polished hardwood ran the length of the room. Beyond, a small pretty garden enclosed within a tall fence of vertical weathered slats.
The garden might have been in the countryside rather than at the edge of a commercial district in a busy port city. In spite of the location, it was quiet, the only sound the shallow stream that bubbled over pebbles to the pond at the bottom of the garden. A dozen colorful koi glided lazily in the clear water, sending out faint ripples that hardly disturbed the glassy surface. A grove of three miniaturized maples fronted the slat fence. The ground that sloped from the fence to the stream and pond was a careful arrangement of stones and moss.
He closed his eyes. Am I meditating, or is loss of sleep finally catching up with me.He opened his eyes and shook his head. A multitude of emotions washed over him. Anger, abandonment,