The key to the world’s fate discovers a devastating secret, divinely hidden since the days of Genesis, as he seeks out his family's murderer, only to find that a clandestine organization plans to reshape humanity on the heels of destruction. 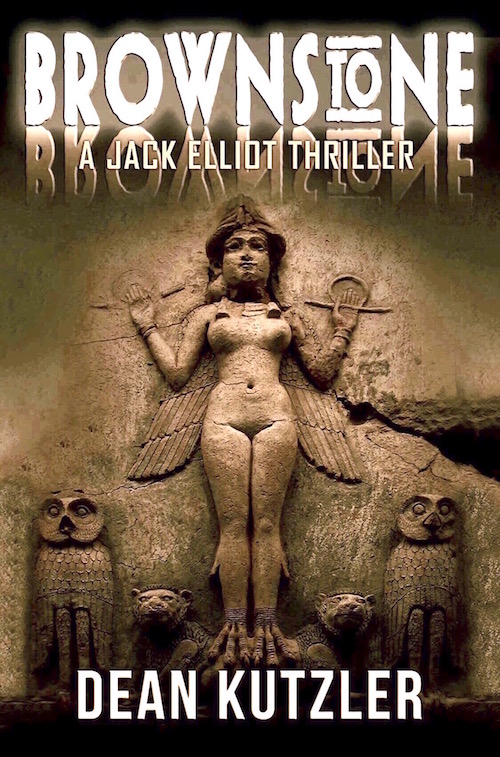 The key to the world’s fate discovers a devastating secret, divinely hidden since the days of Genesis, as he seeks out his family's murderer, only to find that a clandestine organization plans to reshape humanity on the heels of destruction.

When Jack Elliot returns to New York City to pay respect to his dying uncle it’s a race against time. He gets more than he bargained for when he finds himself entrenched in not one, but two murder cases where he’s the prime suspect.

What Jack doesn’t know is that amidst all the murder, an organization created from the beginning of time has been patiently waiting for him. If they find him, the world will be immeasurably changed and most certainly not for the better.

What does an organization as old as creation want with Jack Elliot? Does Jack prove his innocence? Read the first book in the exciting new series, Brownstone, and discover the true facts that will shock the world!


Brownstone launches on September 6th, 2016. Pre-order sales have be through the roof and a test on Smashwords pre-selling at $.99 has been spectacular. More than I could've hoped. The secret in Brownstone is what's catching everyone's attention.

5-Star ratings have been posted on Barnes & Noble and Smashwords. I think once the book launches on Amazon it will also garner a 5 stars. Obviously, they don't allow reviews until it's live or you've got it linked with Createspace. Which I haven't put on sale there...yet.

The book will be available in hardcover, trade paperback, ebook & audio (once it gets picked up.)


She held it tightly to her chest, as though her unwavering determination could fulfill her prophecy.  There was a time when a mere nod of her head could send the will of men withering from her sight before the red locks of her hair fell back into place.  That time has long passed, stepping aside until the day it shall reign again.

No one saw her enter the temple coveted under the moonless night, like felt shifting on black satin.  The night breeze cool across her back as she slipped passed the entrance.

No one must see.

Once inside, she held her torch beside the iron sconce protruding from the wall and its flame burst and flickered to life.  The smell of sulfur reassured her safe passage; she could not trust all the sconces to be lit.  Where she needed to journey was deep within the temple and what she held was too important for her to fail.

They could not harm her, the wrongful pact had been sealed, but foul her plans they certainly could.

The passageway was dark.  Her feet fell softly on the solid hewn stone, barely visible between the lengths of sconces despite her torch, as she made her way around the first turn.  She stopped to relight the iron sconce there, like a beacon.  The temple should be empty, but she had to be careful.  It had to be done and no one could know.