Boudicca: Britain's Queen of the Iceni by Laurel A. Rockefeller

In a divided world, she unified Britain as no one could 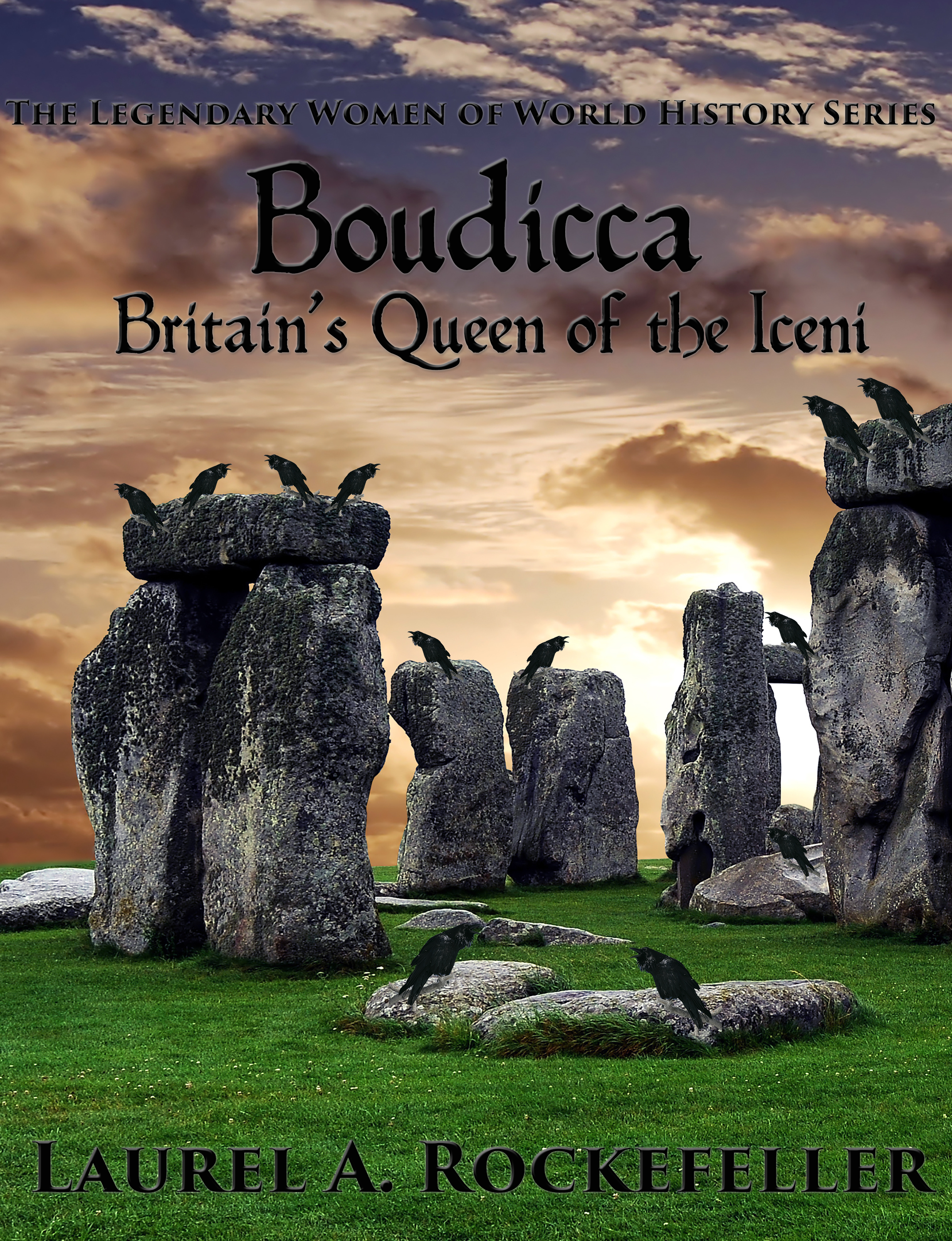 Why is The Morrígan's raven crying? Only Britons with hearts for true liberty know!

In 43 CE Roman conquest of Britannia seems all but certain -- until a chance meeting between King Prasutagus of the Iceni and a runaway slave of royal decent from the Aedui tribe in Gaul changes the fate of the British islands forever.

Rise up for liberty with the true story of Boudicca: Britain's Queen of the Iceni and discover one of the most inspiring stories in history!


Regularly in Amazon's top 20 biographies for young readers.  Highly rated with 22 reviews on Amazon.com and 15 reviews on Audible.com.

On 28 Feb 2016 Boudicca was ranked #4 under juvenile biographies on Amazon.com.


“Are you from the conquered lands to the south, across the channel these Romans call ‘Gaul?’”

“Is that why you did not want that man to notice you?”

“Yes.  Many generations have passed since they conquered my people, Sir, but not all of us are happy to be Romanized.  We would rather be free than slaves.  A Roman claimed to own me – I escaped.”

“What is your name?”

“Boudicca, of the royal line of the Aedui near the Seine.”

The man smiled warmly, “It is a pleasure to meet you, Boudicca.  My name is Prasutagus of the Iceni, a tribe that lives off to the north and east of here by the great sea.  It is a beautiful place – and one that welcomes those who would rather live free than live as slaves.  You are welcome to come with me back to my lands, if you like.  I actually have to meet with that man you were trying to avoid.  He is the aide to Governor Gaius Suetonius Paulinus.”

“Why would you want to talk to him?”

“Far and wide the legions attack all the peoples of this isle.  Those who fight are slaughtered.  I do not want to fight Rome – but I refuse to be their slave as so many of the Trinovante have.  I wish to find a way to keep my people free.”

“At what cost, Prasutagus?”

“Necessary?  Do you know what Queen Cartimandua of the Brigantes did to protect her people from Rome?"