Blood and Water by K. Matthew 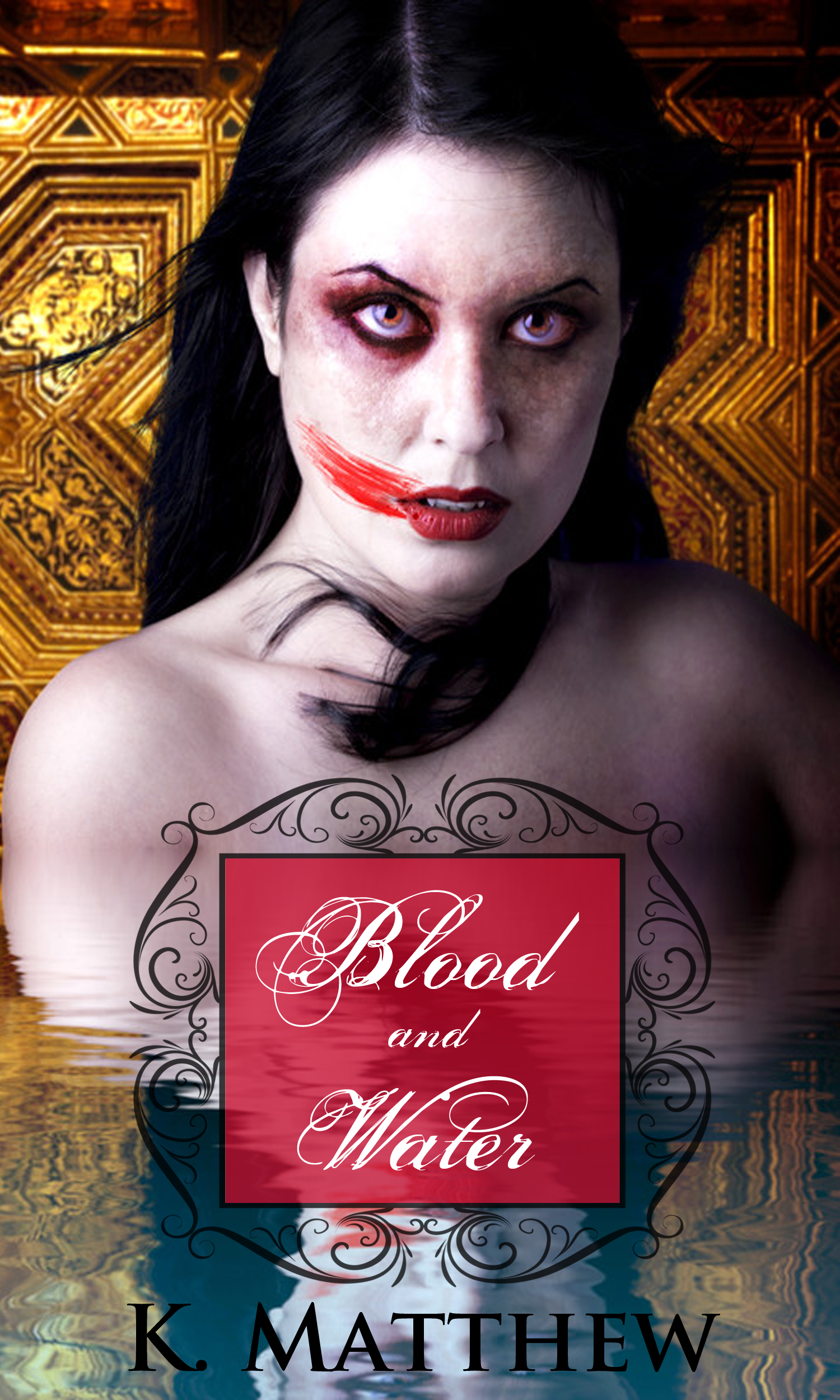 Victoria was looking for a hot date, but she didn't expect to pick up a vampire. Thrust into a world where mythical creatures exist, Victoria has to learn how to adapt when everyone around seems to want her dead. She finds an unlikely friend and companion in a sexy lone wolf who takes her under his wing and tries to teach her to be a proper vampire. With Victoria's killer still on the move and danger threatening to close in from every side, will she able to make it past being a fledgling?

Blood and Water is made up of the following previously published episodes:
First Encounter
Enemies and Friends
Fledgling
A Far Goodbye


Never trust a stranger. That's what Victoria's parents had taught her. People will try to hurt you and take advantage of you if they can.

When she was younger, she heeded that advice. She never took candy from strangers or followed someone she didn't know into a vehicle. Not that anyone had ever tried to kidnap her. Victoria had always been big-boned. Oh, who was she kidding. She had always been fat. There was no mystery about how it had happened either. Pasta and chocolate and cake and fast food. No one ever tried to steal the fat kids. Even pedophiles aren't interested in chunky children.

As Victoria got older, strangers didn't seem so daunting. No one she knew would date her. She had always been the girl without a boyfriend, the one standing on the sidelines while teenage romance bloomed all around her.

As an adult, the loneliness got to be more than Victoria could bear, so she went on the internet to find love. Had she only followed her parent's advice, she might not have ended up in a puddle of her own blood, her eyes frozen open in terror, the dark brown of them faded and icy from death.

He had seemed like a good guy. They all seem like good guys when you first meet them. Most of them just wanted sex, but Victoria appreciated their company, none the less.