An alpha wolf shifter meets his match--and they end up with a surprise baby! 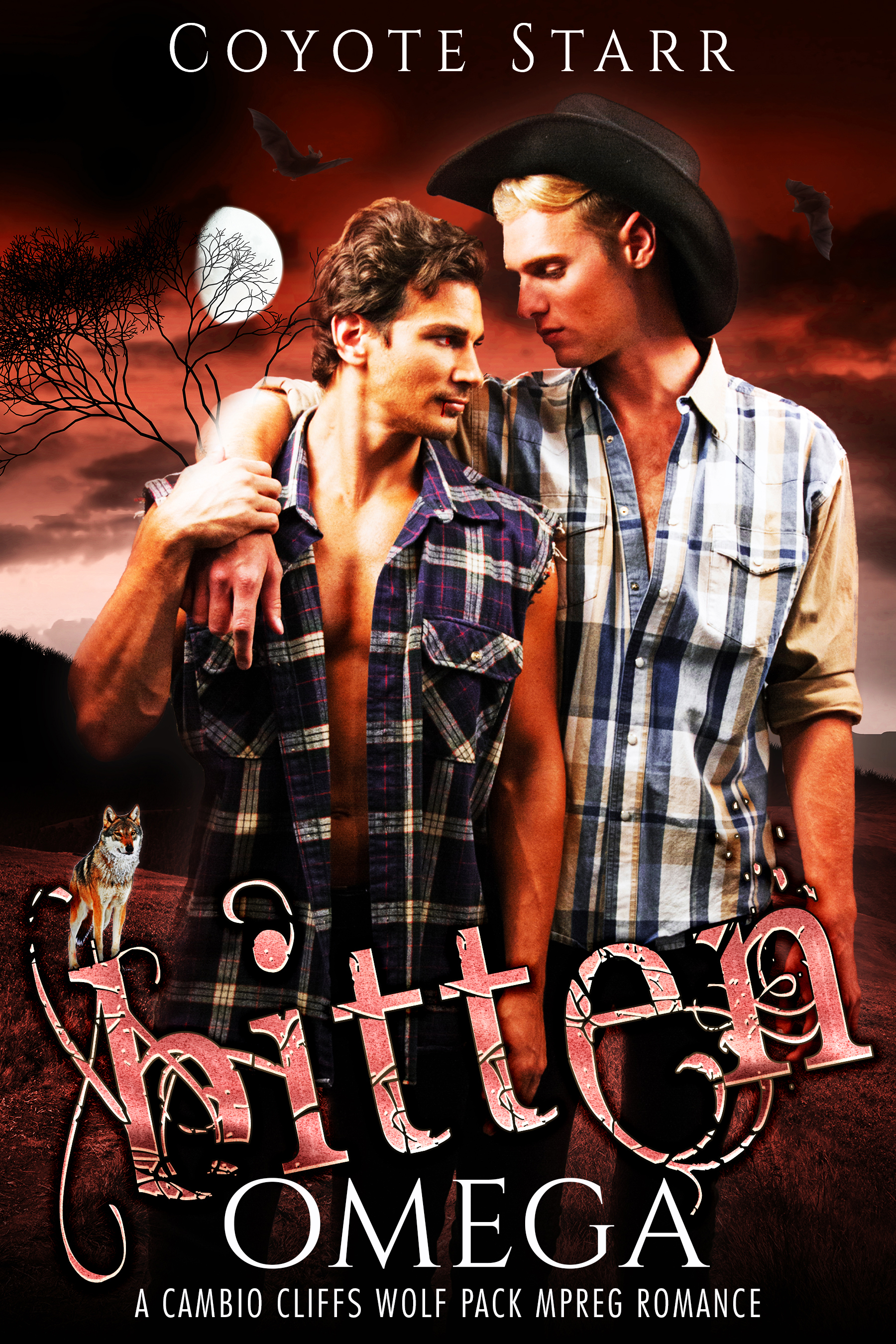 A single bite could solve all their problems. Then again, it might just make everything worse!

Alpha wolf shifter Ezra Kroft never really felt like he fit in his home pack in Denver. So when he’s left a surprise inheritance, he sets out to find a place of his own—to buy a home in a small town somewhere, settle down, and live a quiet life.

Unfortunately, local realtor and omega Brody Greene has been tasked by the human townspeople of Cambio Cliffs, Colorado with making sure no more shifters buy up the land surrounding the town.

Imagine Brody’s surprise when he realizes the guy he hooked up with the night before is actually a shifter. And worse, his plan is to buy a place and stay for good!

Things go from bad to worse when Brody figures out he’s pregnant.

Can Brody take Ezra up on his offer to turn Brody with a bite? Or should the two just go their separate ways? And what can they possibly do about the baby?

Bitten Omega is a steamy paranormal m/m romance featuring a sexy alpha wolf-shifter, a gorgeous (but desperate) human omega, a one-night stand (that turns into more nights!), lots of knotty heat, and an MPreg accidental baby whose arrival throws an entire town into total disarray. All set in the shapeshifter haven Cambio Cliffs, Colorado—a tiny town with an enormous heart.


MPreg romances have a devoted following and strong sales.


Behind the bar at The Silver Mine Saloon, Brody Greene mixed another gin and tonic for Charles Gray, the local butcher for the cattlemen, and drew a beer from the tap for Charles’s brother Michael, one of the two barbers in Cambio Cliffs, Colorado.

At least it was his favorite night to work the bar. Omegas’ Night. Brody loved serving drinks to other omegas, talking to other omegas about alphas and relationships.

But tonight, the conversation was all about how full of shapeshifters the town of Cambio Cliffs had gotten lately.

“All I’m saying is that Cambio Cliffs is getting too big for its britches. We got too many shifters coming into town, buying up the land—and then some of them end up building factories and dude ranches and the like. Next thing you know, we’ll have us a tourist industry.” Charles was half-drunk, but he wasn’t entirely wrong. In the last few months, several shifters had bought properties in and around town.

It was why Brody was about to be able to quit his extra jobs and work solely as a real estate agent. The commissions on those sales had set him up to concentrate on his favorite job.

“So we have a couple of new shifters. Is that really a problem?” Brody said from behind the bar.

“Plus the whole pack-full we already had,” Michael said.

“I don’t think that’s entirely fair to Tucker Frank.” Brody shook his head. “He’s been nothing but good to this town.”

“Yeah, he’s one of us,” Carl Manford, another regular, said. “He grew up here. It’s the outsiders coming in and buying up all the land that’s a problem. Like that one Joey caught you kissing, Brody.”