Bitten by Two by Kyler Matthew 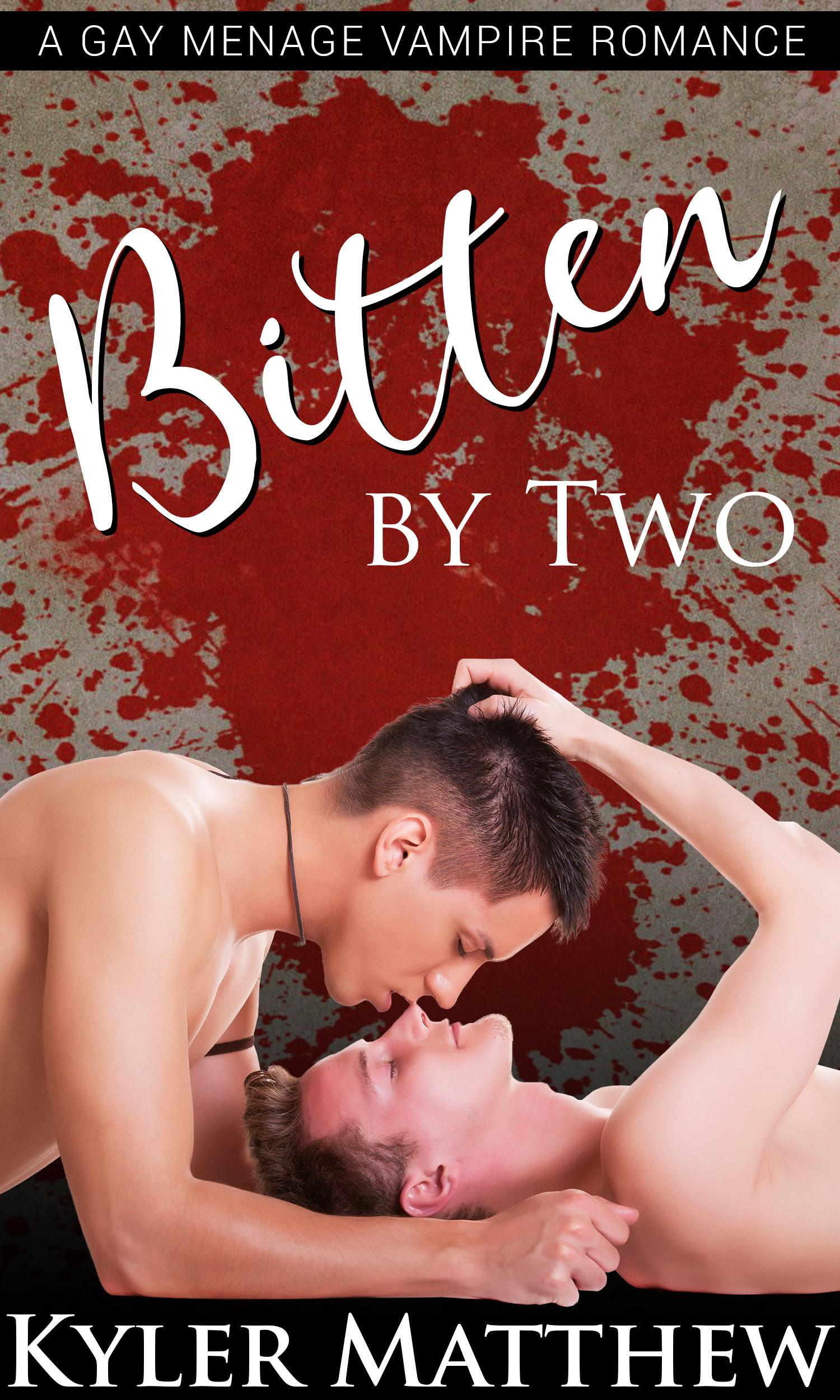 Aiden can't wait to meet his internet sweetheart Cassandra. After a long flight from Colorado to Texas, he ends up disappointed when Cassandra isn't waiting to meet him at the airport. To make matters worse, some guy robs him and leaves him stranded. All hope seems lost until Aiden is approached by two handsome strangers who offer him help. Little does he know, their aid comes at a price. They have a dark secret and a hunger for flesh, and Aiden is on their menu.


Aiden sat on the bench at the bus stop and sighed, kicking a rock out from under his Converse in detest of his shitty luck. What was supposed to be one of the best days of his life had quickly turned into one of the worst.

It all started when he got off the plane to Texas, or more accurately, six months ago when he met the girl who had caused him to take the plane to Texas. Cassandra. He once thought of her name with butterflies in his stomach. Now he would strangle her if he thought that she actually existed.

Cassandra had randomly sent Aiden a friend's request on Facebook one day, and being the nice guy that he was, he accepted. Had he known that his decision would have led him here, he never would have pushed that button.

They corresponded back and forth regularly, and Aiden eventually fell in love with her. It was strange to him, to fall for someone whom he met on the internet. He could distinctly remember making fun of some of his online friends who claimed it had happened to them. After all, how could you possibly fall in love with someone whom you had never met before? But it did happen, and Aiden fell so hard that thoughts of Casandra consumed his every waking moment. He knew that he had to meet her.