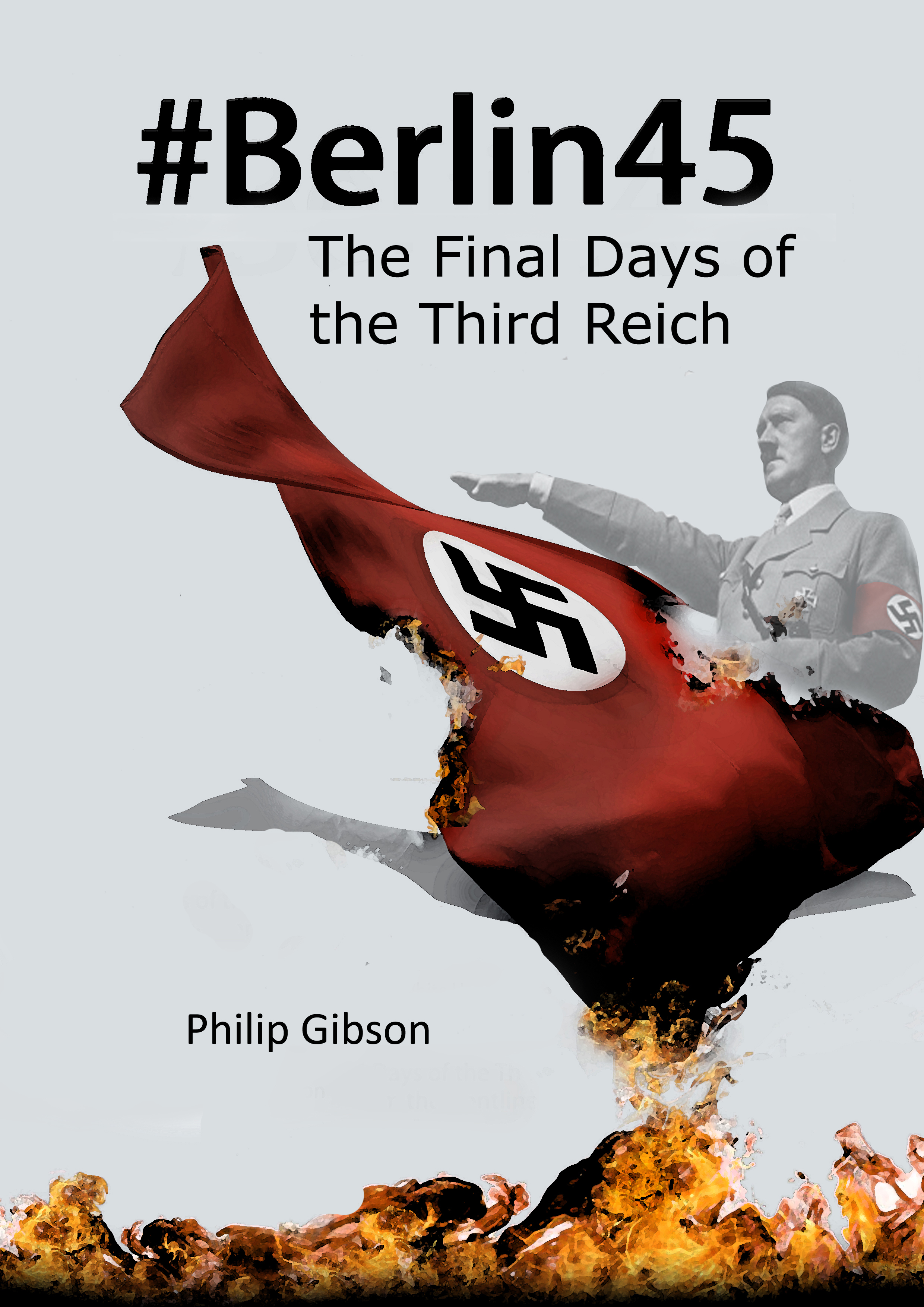 "What if there had been social media during World War II?"

The compelling story of the final 20 days of Hitler's Third Reich told in the form of Twitter feeds with daily tweets and actual statements recording the thoughts and actions of the major participants, including Hitler, Churchill, Truman, Zhukov, Eisenhower, Goebbels, Eva Braun and many others.

The story begins with the announcement of, and reactions to, the death of President Franklin D. Roosevelt and follows the thoughts and actions of the main participants through the capture of Vienna, the Battle of Seelow Heights, the liberation of the concentration camps, the Battle of Berlin, the death of Hitler and the eventual surrender of Reich forces.

Winston Churchill @WChurchill
Tragic news! I feel I have been struck a physical blow!

George Patton @GPatton
Just heard the news of FDR’s death on the BBC radio. Unpleasant day all round!

Joseph Goebbels @JGoebbels
Have informed the Führer of the good news. He is beside himself with joy! What glorious intervention! What future for National Socialism!

Joseph Stalin @JStalin
Received news of the President’s death. I have ordered his picture be printed on the front page of every Russian newspaper tomorrow.

Adolf Hitler @AHitler
Goebbels has informed me of the death of Roosevelt - portent of the ultimate victory of National Socialism and the defeat of the Bolsheviks.

Winston Churchill @WChurchill
Grieving the loss of a warm-hearted friend! The world has lost a very great man - the foremost champion of the high causes we both served.

Adolf Hitler @AHitler
Such events do not occur by happenstance, but are mandated by the gods of destiny!

Eleanor Roosevelt @EleanorR
Our new president asked if there was anything he could do for me. I replied, "Is there anything we can do for you? You are the one in trouble now."