Away from the Sun: Book 2 in the Seaside Series by Sandra W Burch

The city girl's stay is only temporary, and the only way Sue can protect the child is to strike a deal with Phoenix. Will she get more than she bargains for? 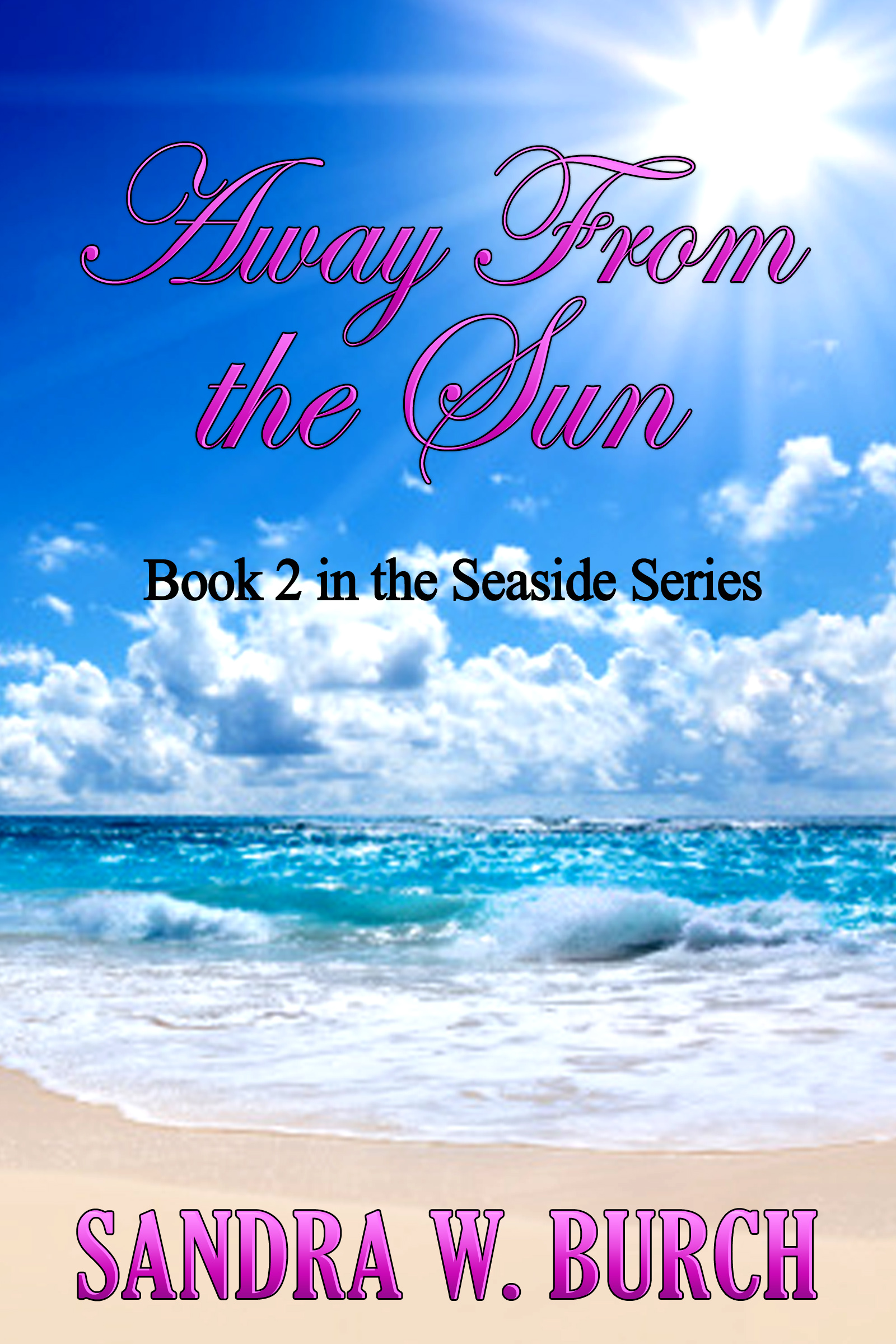 When Phoenix Chamberlain's former lover, Monica Swarovski commits suicide, he learns the truth he never knewhe has a son. Newly wed to Sierra, Phoenix has no place in his heart for his son's guardian, Sue Deveraux, the woman determined to disrupt his life. Yet Phoenix can't ignore the attraction he feels to her. Seeing Sue Deveraux at Seaside Haven is the last thing Sierra Chamberlain expects. She is extremely beautiful and extremely conniving. The city girl's stay is only temporary, and the only way Sue can protect the child is to strike a deal with Phoenix. Will she get more than she bargains for?


This is book two of a trilogy. This is a good seller.


Phoenix Chamberlain wandered out from the hospital room, his senses locked in a mind-numbing daze. He had received the call at nine that morning and he'd immediately jumped in his plane and had flown to Martha’s Vineyard with his heart in his throat the whole way. He and Monica Swarovski hadn't spoken in months. Now he had missed the chance to say goodbye.

Through stinging eyes he took in the busy corridor. The air smelled of antiseptic and death. A passing doctor, deep in conversation with the nurse by his side, brushed Phoenix's shoulder as he walked by.

Where was God's mercy? Monica had only been twenty five years old.

A woman in the crowded waiting room caught his eye, her ebony hair streaming over one side of a tight fitting red dress. She held a swaddled child in her arms.

Phoenix rubbed his eyes and refocused.

Beneath fluorescent lights, tears glistened on her long, dark lashes, and as she gazed back at him, Phoenix wondered if they had met before. When her mouth pressed into a smile, his gut tightened.

She must be one of Monica's friends.

The woman continued to pace, her slender manicured hand supporting the baby's head. Phoenix forced one laden foot in front of the other and, what seemed like an eternity later, stopped before her.

"You must be Phoenix?" she asked. Her flushed cheeks were tearstained and her eyes...

Her eyes were onyx in color.

Phoenix sucked in a breath. His gaze had settled on the lightly swaddled bundle when the woman in the red dress spoke again.

"Monica and I were best friends," she murmured in a throaty voice.

He inhaled, rushed a hand through his wavy black hair and tried to get his thoughts in order. "The doctor said it was suicide."