"Architecture of the Afterlife" by Richard Martini

50 people not under hypnosis say the same things about the afterlife as the 50 reports from hypnotherapy sessions and thousands of clinical case studies about the Afterlife. 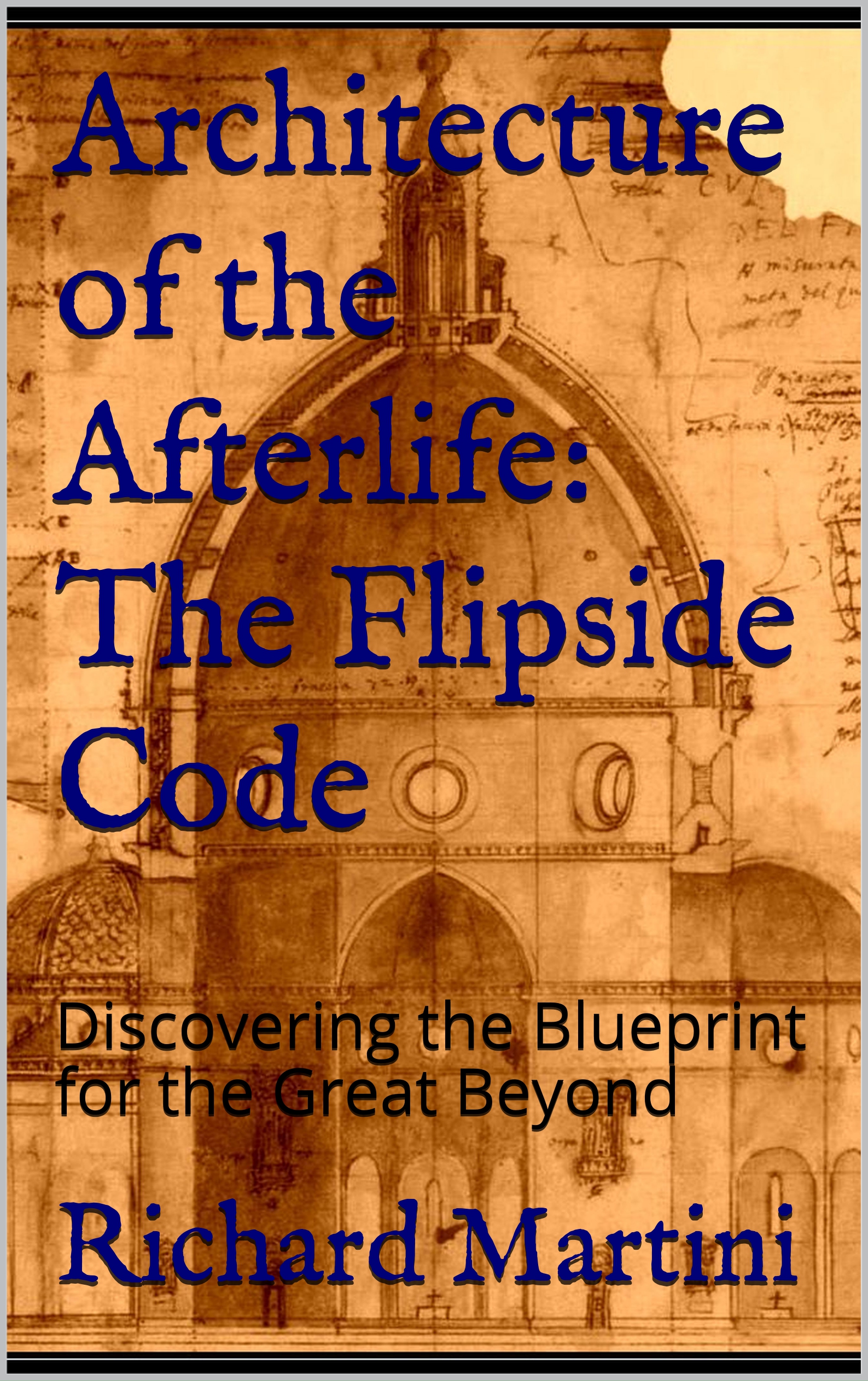 After filming 50 cases of people under hypnosis saying the same things about the afterlife, ("Flipside" "It's a Wonderful Afterlife" and "Hacking the Afterlife") and working with medium Jennifer Shaffer talking to people directly ("Backstage Pass to the Flipside: Talking to the Afterlife with Jennifer Shaffer") I began to focus my research on people who were NOT under hypnosis, but who could recall a vivid event; a dream, a near death experience or something that was consciousness altered. By asking simple questions to them about their experience, I found that I could "ask them" to invite "people on the flipside" into the conversation, including loved ones no longer on the planet, including guides, teachers and council members that are aware of all of their lifetimes, as well as have answers to key questions about the nature of reality, about consciousness about how things work. By asking nearly 50 people not under any form of hypnosis "the same questions" to these "people on the flipside" - I was startled to see that they said the same things about the journey that the people under hypnosis have said. Within these pages, people are going to read or here things that will upset their paradigm, that will challenge their belief system, that will force them to rethink (or at least consider rethinking) everything they've ever been told about the journey. As one science based author wrote to me in an email "Your experiments, which I have tried on my own and replicated, have "shaken me to my core." I am a filmmaker and author, I have been filming people talking about the afterlife for over a decade, and have reported extensively how I came to this line of questioning. These reports have been gathered over the past two years; some remain anonymous, some are not - either way, they're people fully conscious, eyes open, staring into the distance over my shoulder (or speaking live on the radio) accessing vistas and worlds I've heard about from other people. The reports are consistent and they are reproducible. We apparently choose our lifetimes, bring "about a third" of our conscious energy to any given performance, when the play is over, we "return home" to connect with our loved ones, teachers, and guides. These accounts point to another reality altogether - one that does not include fear, does not include attachment to worry, an understanding of why we each chose our lifetime and what we are here to learn. As Gary Schwartz PhD wrote in the Introduction to Flipside "As you read Richard’s journey of personal discovery in the context of these great questions, you will awaken to a vision of mind and the universe which is filled with opportunity and awe. This is the kind of the book where once you have read it, you will no longer be able to see the world in the same way again." This book is no different.


It's been #1 in its genre at Amazon, often when I appear on Coast to Coast to talk about it, or on Gaia TV to reference it.  I have 19 million views on Quora.com and many of the folks there have heard about it and it's results.


I began to examine the flipside a few years ago, but in an indirect way.  I’m not a medium, not a psychic, not a hypnotherapist; just a filmmaker who has written for magazines, trade publications and a handful of “bestselling” (Amazon kindle in their genre) books about the afterlife. For those aware of my books - “Flipside: A Tourist’s Guide on How to Navigate the Afterlife,” “It’s a Wonderful Afterlife; Further Adventures in the Flipside,” “Hacking the Afterlife: Practical Advice from the Flipside” or “Backstage Pass to the Flipside: Talking to the Afterlife with Jennifer Shaffer” - you’re well aware of what I’ve been up to. But for those of you who aren’t; in a nutshell, I’ve been filming people under deep hypnosis for over a decade (more than 50 cases so far) and have compared their answers to the thousands of cases of Dr. Helen Wambach and Michael Newton.  This book has excerpts of about 50 interviews with people not under hypnosis who say the same things about the journey.

What people say is both consistent and reproducible.  I’ve done six of my own deep hypnosis sessions, and made a documentary about the research of hypnotherapist Michael Newton and others using deep hypnosis (“Flipside: A Journey into the Afterlife” available on Amazon and Gaia). The film contains excerpts from a dozen hypnotherapy sessions. If I can get a person to remember a vivid detail – could be from a dream, from an ‘other worldly event’ – could be from a near death experience, out of body experience, or something they saw while under deep hypnosis – we can visit that event again, and learn new things from it. One would think that wouldn’t be possible; I’ve found that it is.