An Enchanted Christmas by Barbara Metzger

Give the gift of love this holiday season with five romantic, magical Christmas stories—and feel as if you've just been kissed beneath the mistletoe. 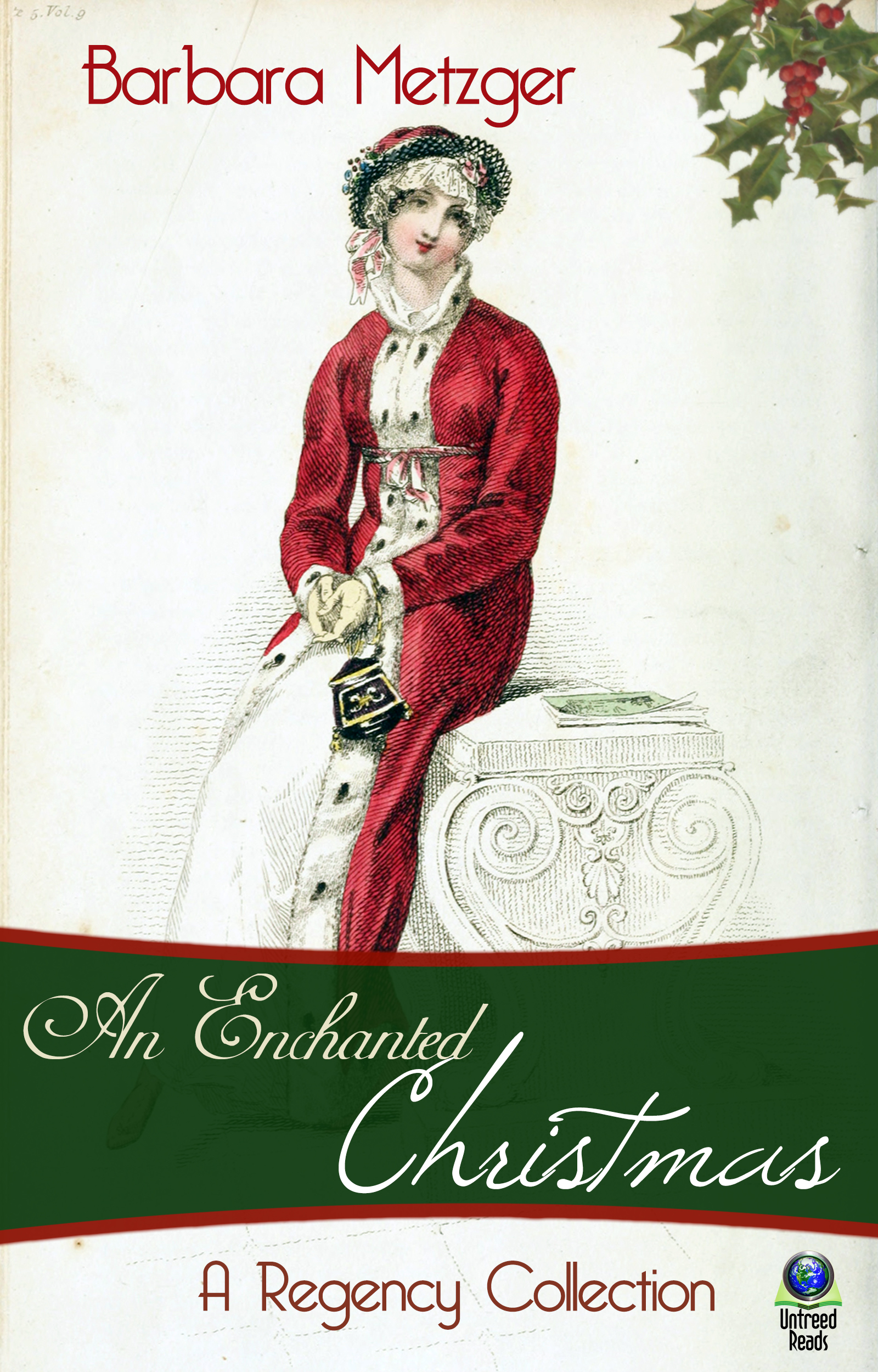 Give the gift of love this holiday season with five romantic, magical Christmas stories—and feel as if you've just been kissed beneath the mistletoe.

Originally published in separate anthologies, and out of print for many years, these Christmas-themed novellas by legendary Regency romance author Barbara Metzger are in one volume for the first time ever!

The spirits of a knight and his lady must help their descendant find a bride in order to break The Christmas Curse.

A lord without a fortune becomes an unwilling guardian to an orphaned girl when he provides A Home for Hannah.

A down-at-the-heels benefactor finds that a single penny—his last—is worth more than riches when it brings him face-to-face with a breathtakingly beautiful Christmas angel in The Lucky Coin.

On the most magical night of the year, a practical young widow makes a wish. When fate sends her an old magician claiming to be The Enchanted Earl of her dreams—and wanting a kiss—she wonders if, just once, she should let herself believe in magic….

For Christmas, two little angels hatch devilish plans to get an elusive lord to marry their beloved guardian in Wooing the Wolf.


Barbara Metzger has been our #1 bestselling author for over a decade. Hundreds of copies of her books sell every quarter. This particular Christmas anthology sells even when it's not the holiday season and is consistently in our top three Christmas titles.


“’Struth, Christmas just is not what it used to be.” The old knight looked around his Great Hall with its banners and tapestries and suits of armor. He shook his bearded head.

“You aren’t what you used to be, either,” his fond wife replied with a tongue that could cut a haunch of venison.

“Faugh. In my time, we had ribbons and pine boughs, mistletoe and holly. Good honest revelry, with minstrels and mead, after we got down on our knees and prayed, of course.”

“In your time, you old tub of tin, you had knees.” Sad but true, Sir Olnic was a mere shadow of himself. He was, in fact, a shade, a specter, a spirit, a ghost. His beloved Lady Edryth, as beautiful in his eyes as ever, appeared to other, mortal eyes as a wisp of smoke, a dust mote in a moonbeam, a wafting of lilacs.

She drifted now through the Great Hall of Worth Keep, her long red locks flowing behind her, held off her alabaster cheeks by a simple gold fillet. A summer’s day would have burned that fair complexion, but Lady Edryth had not been kissed by the sun in a long time, a very long time. She had not been kissed by her husband in ages, either, and was not like to permit such license in the near future.

With her richly embroidered blue velvet gown making a soft swishing noise—or was that the wind whispering through the cracks of the ancient pile?—Lady Edryth floated past the long rows of antique armor that lined the smoke-darkened walls. Only one suit of metal was currently occupied, the one in which Sir Olnic currently sulked. It had been the knight’s second best chain mail, his finest one having suffered irreparable damages, although not as irreparable as Sir Olnic had suffered, that long-ago, curse-causing Christmas Day.