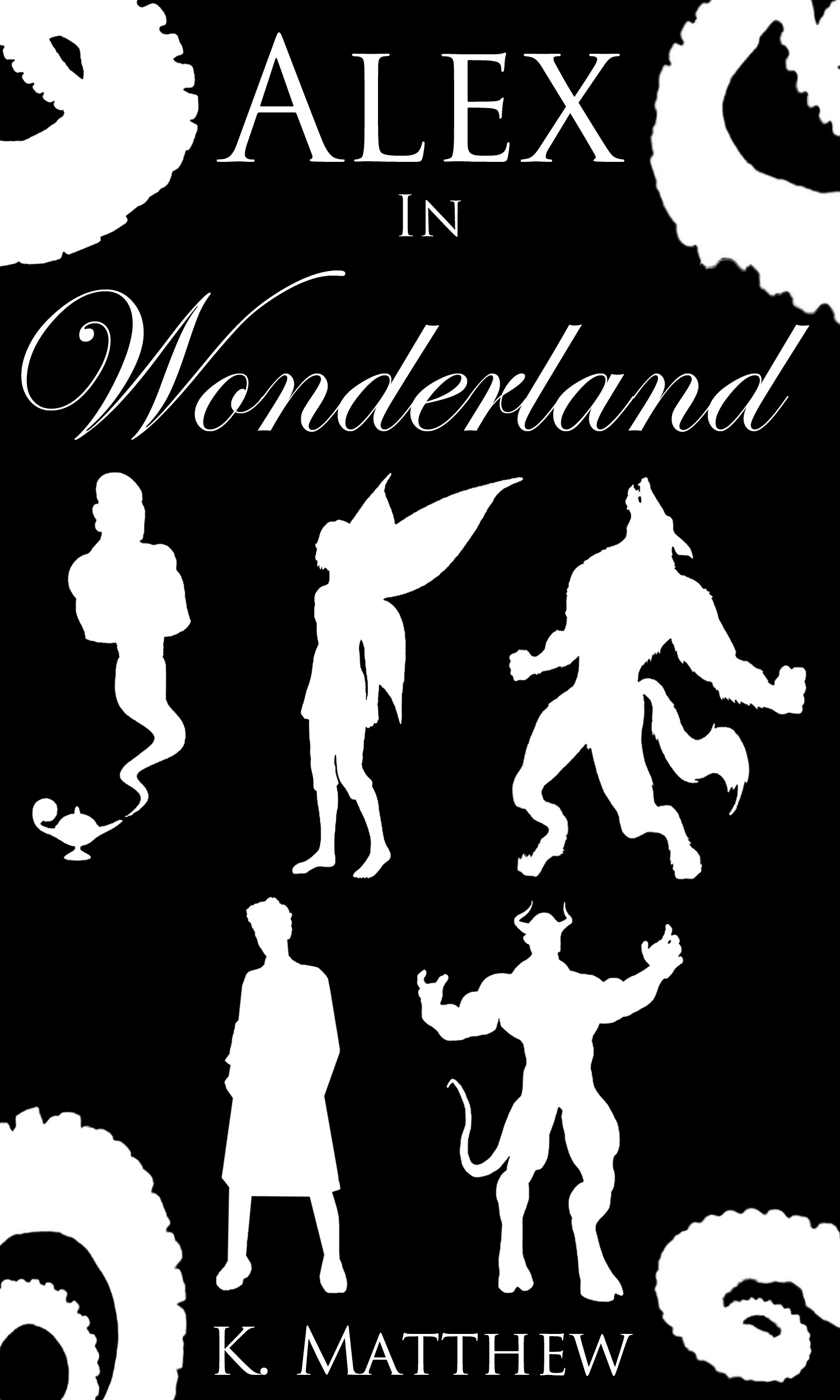 Six titillating tales of monster mayhem wrapped into one. Follow international thief Alex Finch as the White Rabbit teaches him a lesson he won't soon forget.

This is the entire series (Books 1 - 6). The following books in this series include:

Alex and the Genie (Book 1) description: Alex Finch was a world-renowned art thief with an impressive resume. He had stolen some of the most highly regarded paintings on the face of the planet, from the Mona Lisa in the Louvre to the Starry Night in the Museum of Modern Art. Nothing was too big of a challenge for Alex. When a British mob boss approached him with a gig to steal an item from the Smithsonian, Alex was more than elated to take on the job, thinking that he'd be tasked with pocketing the infamous Hope Diamond. But when the request ends up being for an enchanted porcelain white rabbit, Alex feels a bit under whelmed. Little does he know that the white rabbit has plans to steal from him as well.

Alex and the Tentacle Monster (Book 2) description: Alex awoke to the cool night's breeze, knowing that he had to press onward in his journey to meet with the Demon of Hearts. Soon, Alex stumbles upon a garden of flowers. While seemingly innocent, there's a predator lurking within who is hungry for the pleasures of his body.

Alex and the Fairy (Book 3) description: Alex's luck seems to change when he wakes up in the safety of a fairy city. While he's tempted to stick around, his quest for the white rabbit cannot be delayed. The only way out of the fairy village, however, is to seduce a very sexy fairy prince. This is one notch on Alex's bedpost that he's actually going to enjoy making.

Alex and the Werewolf (Book 4) description: Darkwood Forest is not known for being a friendly place. While Alex knows that werewolves are out there, avoiding them is a completely different story. When a pack gangs up on him, there's nothing that Alex can do but succumb to their desires or be killed for his reluctance.

Alex and the Vampire (Book 5) description: Despite all of his efforts, Alex cannot escape the grasp of the vampires. Their leader seems disinterested in Alex's quest and far more interested in his body.

Alex and the Demon (Book 6) description: The exciting conclusion to the Alex and Wonderland series. Alex is finally presented to the Maze of Blood Roses, which is much more sinister than he could have ever imagined. Will the Demon of Hearts grant Alex permission to return to his world, or will he end up stuck in Wonderland, forever a sexual slave to the monsters' desires?


Alex Finch was a world-renowned art thief with a reputation that preceded him. He had stolen some of the most highly regarded paintings on the face of the planet, from the Mona Lisa in the Louvre to the Starry Night in the Museum of Modern Art. There wasn't a museum in the entire world that Alex couldn't penetrate, he boasted.

But despite the incredible value of these paintings, Alex did not steal them for himself. He was a hired hand, working for underground crime bosses who would pay a pretty penny for his services. Alex could not care less about the paintings themselves. He simply lived for the thrill of retrieving them, and nothing more.

It was no surprise when Alex was called upon by a British mob boss to steal an item from the Smithsonian.

“You want the Hope Diamond?” Alex grinned, his blue eyes twinkling as the wheels in his head went to work planning the heist.

“No,” the mob boss replied, giving Alex a deadpan expression. “I want you to steal this.” He slid a piece of paper with a picture printed on it in black and white across his desk to where Alex was sitting.

Alex picked up the piece of paper and examined the image. The item displayed appeared to be a life-size porcelain white rabbit.

“What is it?” There was a twinge of disappointment in Alex's voice.

“It's the White Rabbit of Destiny.”

“I've never heard of it before.”

“Few have. It's a very rare artifact containing magical powers.”