When a beast with a heart of gold tames a beauty with a wicked past... 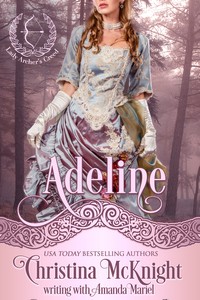 WHEN THE BEAST WITH A HEART OF GOLD

Everything changed for Jasper Benedict, the Earl of Ailesbury, the night his family died in a tragic fire—the same fire that left him disfigured. Now, his scars have given him the name the Beast of Faversham. But when he stumbles upon a damaged carriage during a tempest, the beautiful woman inside reminds him of the man he wishes he could be: free of his past, and able to love.

TAMES A BEAUTY WITH A WICKED PAST

When her carriage breaks down outside Faversham Abbey, this is just the most recent in a long series of misadventures for Miss Adeline Price. Her beauty hides a fatal flaw: she’s quick to judge, and rarely looks beneath the surface. But the longer she’s around Jasper, the more she begins to want to be better—someone deserving of him.

But when it comes time to reunite Adeline with her family in London, will Jasper believe that she sees not his scars, but the good, honorable man he is?

MISS ADELINE PRICE, eldest daughter of Viscount Melton, stared at the half-dozen trunks and traveling bags she’d demanded make the journey with her to Canterbury. The coachman had haphazardly tossed them from the mail coach to the frozen, damp dirt at the end of the long drive.

“You cannot think to shove me from the carriage and discard me here.” Adeline stomped her boot-clad foot and turned her sharp stare on the driver. Her light brown curls tumbled over her shoulder at her sudden movement. “I will write to my father and have you drawn and quartered the moment you arrive back in London.”

“I have work ta do, miss,” the driver scuffed. “And I not be paid enough ta deal with the likes of ye spoiled London chits. I don’t be find’n me pay as a nursemaid.”