A Venomous Love by Chris Karlsen

Here is a Victorian detective thriller set to chill your bones. Karlsen delivers a novel that will not be set down until the very last word. 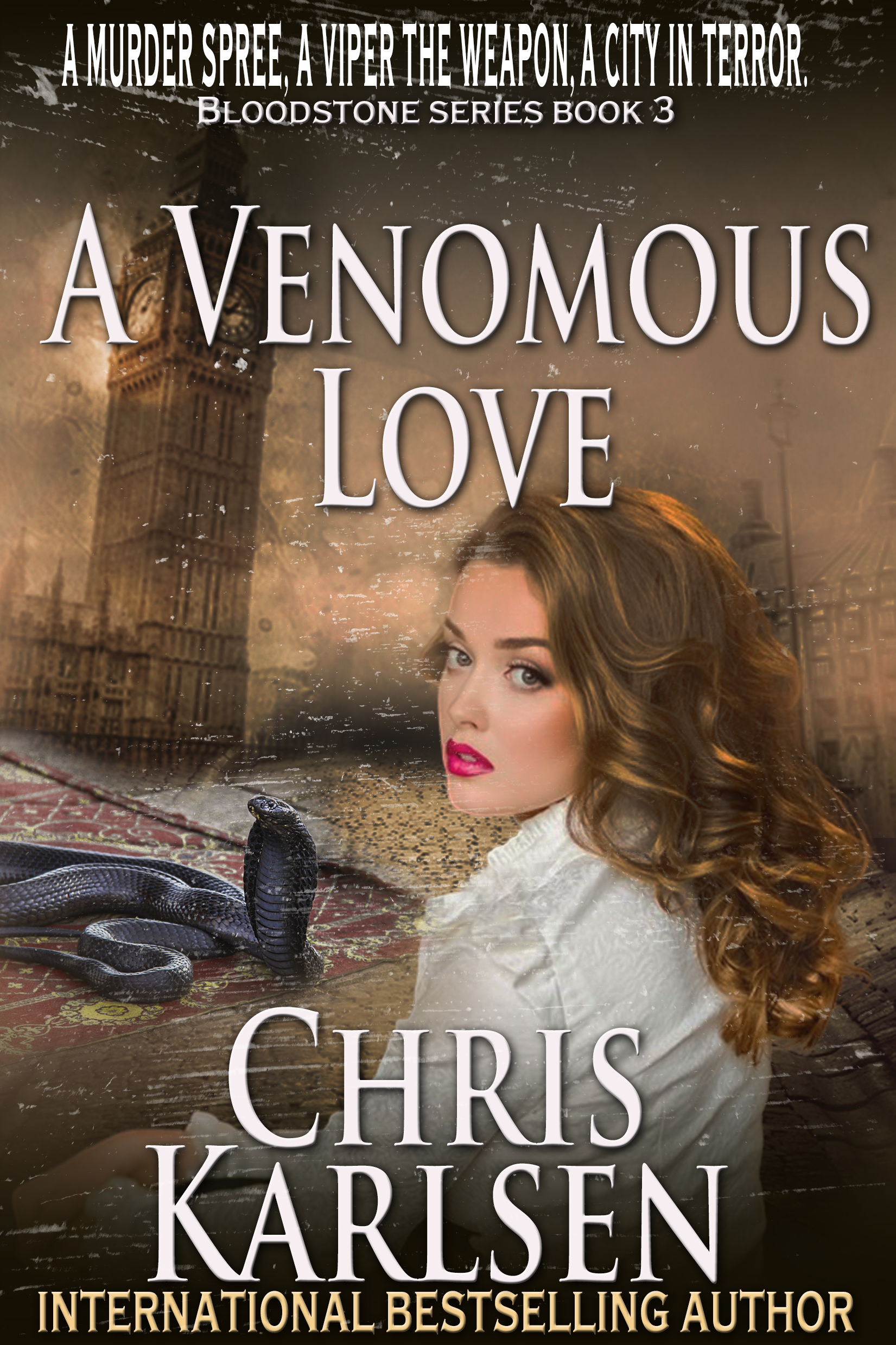 Here is a Victorian detective thriller set to chill your bones. Karlsen delivers a novel that will not be set down until the very last word. - Chanticleer Book Reviews

It’s 1890.A veteran, Detective Rudyard Bloodstone has fought a brutal battle and witnessed war horrors that haunt his nightmares. Now one of those horrors has followed him home from Africa.A vicious predator, the Cape cobra, can kill a man in thirty minutes. A suspect using the snake as a weapon in robberies is terrorizing London. When the crimes escalate into murder, a victim’s daughter, Honoria Underhill, becomes the focus of the killer. After several attempts on her life, Scotland Yard threatens to take over the high profile case. With few leads to follow, Bloodstone and his partner must now fight department politics and catch the killer before Underhill becomes another murder victim.


Has been a a best seller in Historical Thriller Fiction.

Author does a ton of promotion and tours to promote the sale of the book.


Puzzled, Ruddy asked, “You say the body is still in the chapel? Couldn’t the nurse bring an exam table to put him on and start treatment?”

“She did. Young and I attempted to help but he suffered violent convulsions. Because the hospital is for children, they don’t have restraints. The head nurse instructed us to leave him back on the floor. She was afraid he’d fall off the table.”

“Makes sense.” The timeframe of Underhill’s death didn’t make sense. At minimum it usually took an hour and more often, hours for the venom to kill. A horrible thought occurred to Ruddy. What if it was a different suspect with a different lethal snake? “But he died while you were still here?”

“Yes. He convulsed brutally hard a few more times and an excessive amount of drool came out his mouth. Then he lost consciousness. A nurse put a blanket over him and a pillow under his head. He died as she was making him comfortable.”

“Strange. This is abnormally fast even for cobra venom.” Flanders stepped up on Ruddy’s right. “What is it, constable?”

“Shall I leave you to start my search?” Flanders asked.

“Yes. Collect anything, and I mean anything, you find that looks out of the ordinary,” Archie told him. “This case is so unusual we can’t be sure what is important and what isn’t.”