A School For Dragons by Amy Wolf

Harry Potter meets the Dragonriders of Pern in this exciting coming of age adventure! 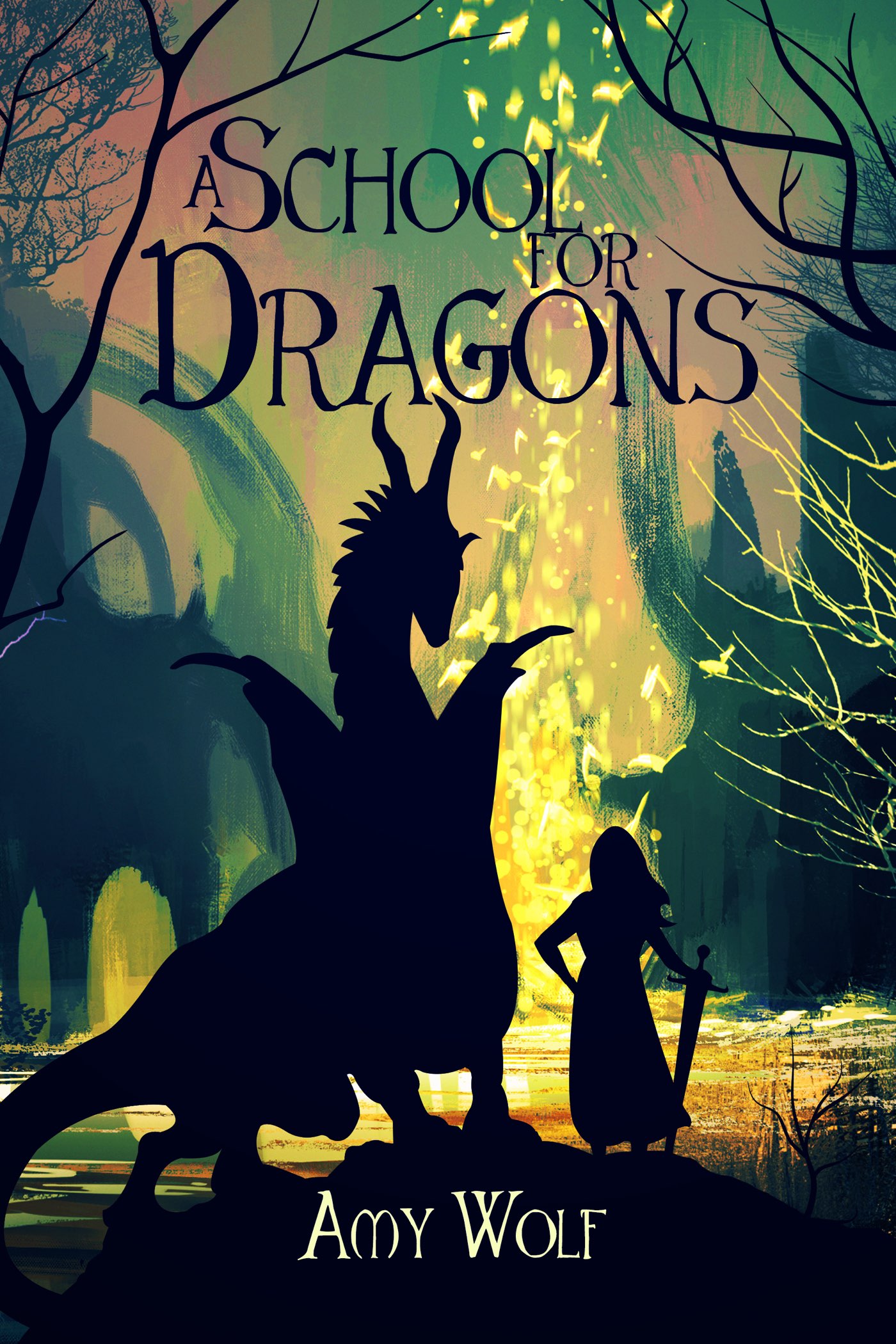 Mattie Sharpe—seventeen and bored in L.A. —is getting into trouble. She gets into even more when she's whisked to Cavernis, a world teeming with dragons. But these are dragons as you've never seen them: they are fussy gourmets; work as lawyers & CPA's; and attend their school ASH, where they take classes like TNS ("Tails, Nails & Scales").

Reuniting with her childhood friend, Mattie learns why she’s been brought there, and even heads ASH’s rowing team, Skull & Bones. She learns how to be a knight from the mysterious Eli, a small mute dragon…or is he?


Steady sales of about 100 books per month.


Mattie dismounted and dropped her reins. She might have been only ten, but she knew enough to realize that deer don’t lay eggs. She had once read in a book that ostriches lay huge ones, but what would one be doing here? Unless it had escaped from the L.A. Zoo next door…

Curious, Mattie strode forward in her black Western boots. The egg’s light brightened, as if it were electric! The cracks widened with a sound like breaking glass until something alive popped out.

“Oh my gosh!” Mattie cried, falling to her knees. Spitfire snorted in fear.

She was facing a newborn dragon. Though covered in goo, which coated its wings, tail, and head, there was no doubt in Mattie’s mind that she was looking at a dragon. She rose shakily, brushing dirt from the knees of her jeans. Approaching the hatchling slowly, she imagined it would soon be all flames and claws thanks to Hollywood movies.

“Hey there,” she cooed. “Did your mom run away from the zoo?” Did the zoo even have dragons?

It gave a little peep, not much louder than a chick’s. It was only about a foot long, its scales a dullish gray.

It flapped its tiny wings, ridding them of the goo. Then it tried to stand, but fell back, peeping in anger. Mattie, knowing her lizards, looked closely at the base of its tail.

The dragon flicked out its tongue—forked, of course—and started to clean himself. That’s when Mattie noticed it only had two legs.