A Prince for Little Red Riding Hood by Anna Katmore

Red Riding Hood decides to break out of her story and find herself a prince. 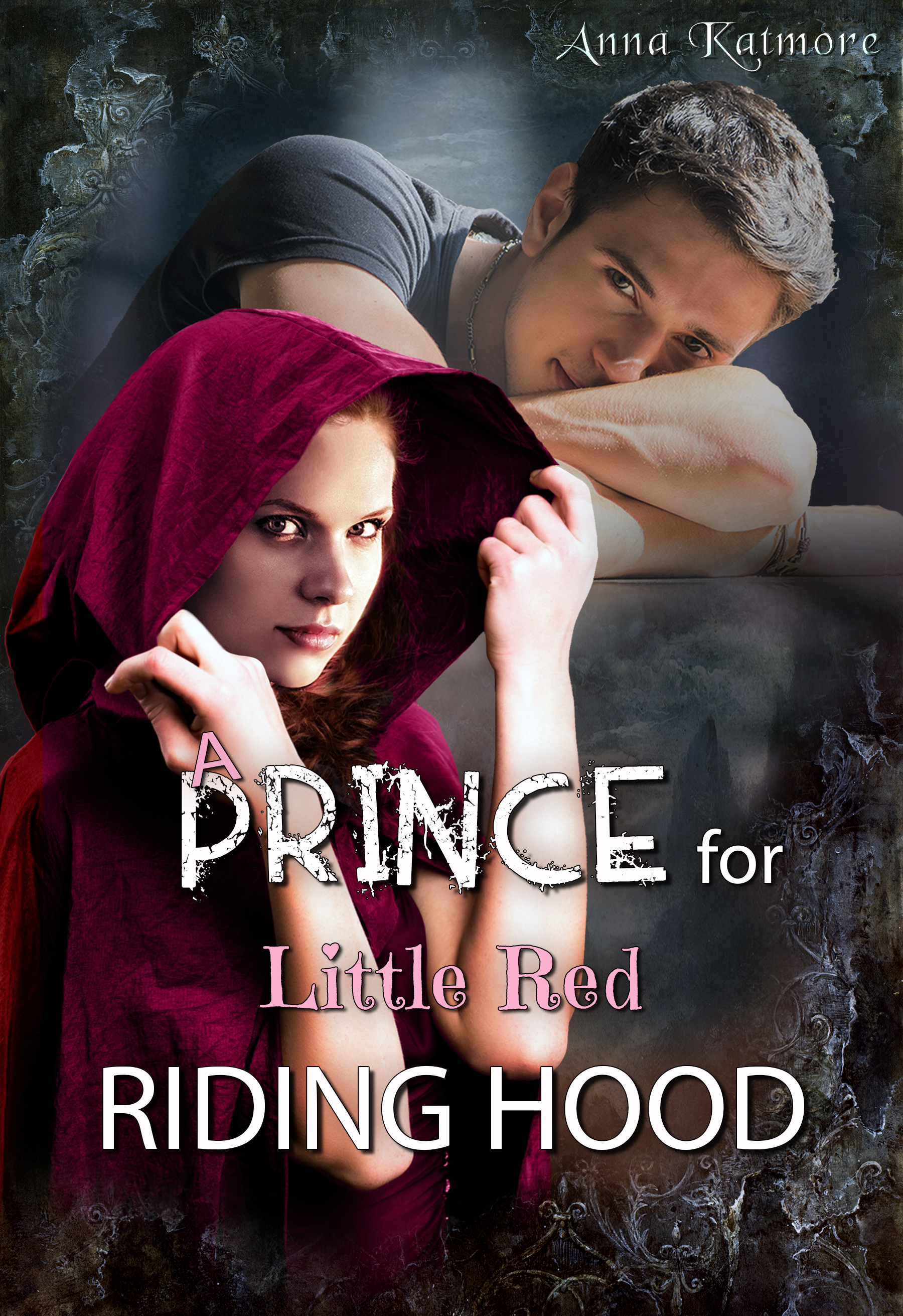 Every time someone opens a storybook and reads the four magical words "Once upon a time," my granny gets eaten a few hours later. Boy, it sucks! I wish my tale had a cool ending, like Cindy and Briar-Rose get, along with a castle and dashing prince to marry.

Did you ever kiss a frog? No prince pops out of that. Trust me, I've tried. Seventeen frogs and nearly one warty toad - for nothing.

What I get is Jack but, alas, he's unsuitable for a romantic ending. The Wolf simply lacks the manners for that. And obviously, a crown. Because everybody knows that love only happens among royals in Fairyland.

Since royalty doesn't just rain from the sky, I'm going to build a prince trap tomorrow and write my new ever after. It’ll be so good…

*cough* Hi, I'm Jack Wolf - yes, if Riley gets to say something here, so do I.
And she better forget about this harebrained idea to elope with a royal. We're not going to rewrite anything. If she wants to make out with somebody, she can do it with me or no one.
Oh, and…it will be good.


Angling one leg and planting the sole of my shoe against the post behind me, I lower my chin but keep an eye on the path in front of me. She’s close, I can sense her. A hot feeling enters my gut and makes the hair on my neck stand on end. It’s always the same at the beginning of our adventure.

Time to brace myself. The first sight usually triggers the impulse in me to change into the big, bad Wolf and just have a go at this girl. It’s immediately followed by a much deeper need to do other things with her. Sinful things. I’ve been trying to lure her off the righteous path and seduce her into a realm of no shame and regret for as long as I can remember.

But she never comes.

Pity. It would take a fool not to notice her innocent beauty; her tempting curves, which most of the time are hidden under her cloak. But I am no fool, and that shy look only she can master at every first smile I give her is my downfall.

Of course, this is all just part of the story.

Even if I have to admit that I thought about hooking up with Riley when we were first thrown into the same tale. She shot me down. Maybe I shouldn’t have asked her out on a date right after eating her grandma for the first time.

She never gave me a second chance, and I never asked for one either. There are other girls in town to scratch a certain itch. Gretel has been good company for a while, and she never stayed over when we were done—which I appreciated. As for Riley, I don’t need to put a ring on her finger or take her to my bed. Because there’s one thing she can never change. She’s my girl, and she will be forever.

Bush-wood rustles in the distance and puts me on alert.

Five…four…three… She’s just around the bend. A smile begins to tug at the corners of my mouth. Two…one… Here she comes.

Collection/Series:
The Chronicles of Fairyland