A Pretty Souvenir of the Twentieth Century: An Adventurous Contemporary Romance by Tashi Gyeltshen

A man of humble beginnings, Shangkar is the son of a farmer. 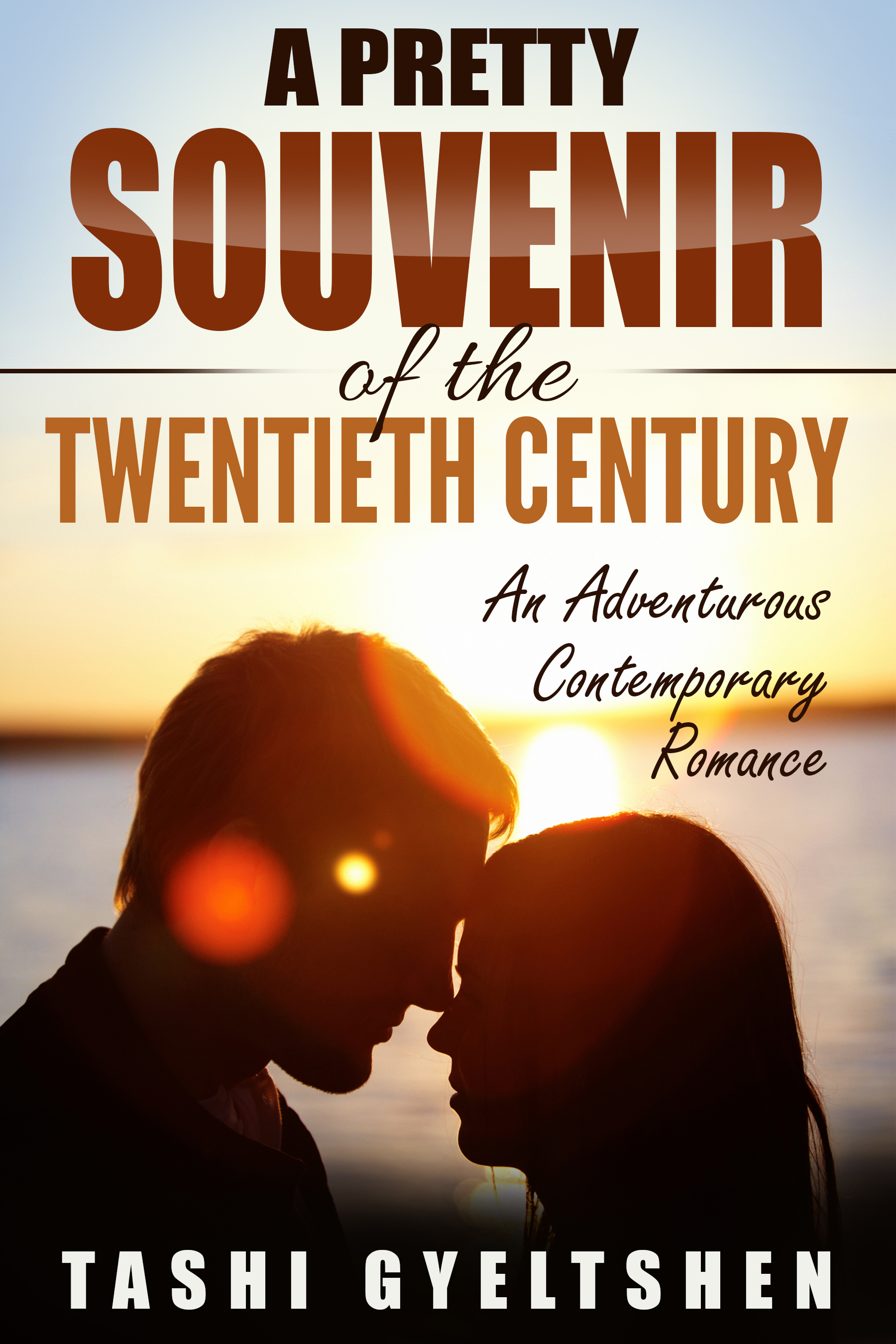 A man of humble beginnings, Shangkar is the son of a farmer. As he follows his father's footsteps, his journey leads him away from his childhood home. And he meets a beautiful, intelligent young woman named Shirley. There's no doubt about it: Shangkar's in love. But things don't go as smoothly as he would like. Disaster strikes, and the two must face it together. Will the lessons of hard work and patience Shangkar's father taught him help them nurture a lasting love and a good life together? Or will treachery, stupidity, and the stresses of life get in the way… ?


The drought may extend for a month or two further, he thought as he walked through the doorway, clasping his rough gray beard that had gathered the dry winter dust. An old man, Montiago owned an aging white bungalow in Callivae. A mere two acres of dry terrace beneath surrounded it that seemed desert-like in an endless drought. He perpetually wondered how he would survive with his wife, Shirkeen. He thought of his only infant son, Shangkar, too. They depended on the gracious dairy farm for their living that came as an inheritance from the great-grandparents. When he experienced such thoughts, he felt weary like the oxen burdened with a heavy yoke that pulled him down with a hard grip. He found it hard to recover.

Better that I did not have these thoughts again, he began to think.

The cattle shed looked unseemly too, dilapidated with an ancient little upper level. The diminutive poles of the dry fence remained attached to the ceiling of the porch on the other side for piling up hay. Montiago’s brown barren terrace lay beneath, a great distance away, that now resembled a well-trimmed beardless face after the paddy cultivated emptiness of harvest.

When Shirkeen went to attend a meeting, Shangkar played with the neighboring kids.  Montiago needed to leave the shed to herd the cattle. As he herds them far from the barn, he gets back too tired and late in the evening. He remains concerned that the winter grass is too dry to feed the animals. Shangkar would soon put his hands inside Montiago’s old gray bag in search of sweets. The eager hands could only feel dad’s old radio that he carries to listen to the contemporary news and the ballads of another age. He made his son understand that he would have nothing today if he had not gone to the big river to row the boat.