A Patriot's Act by Kenneth Eade

Death, law, and in that order at Guantanamo Bay 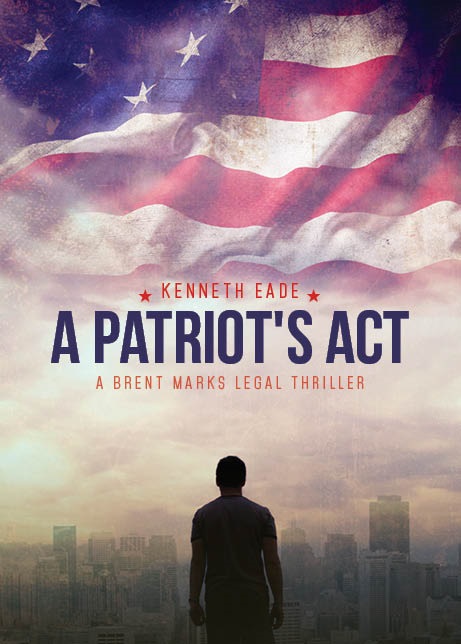 When a naturalized American citizen turns up missing in Iraq, Brent Marks fights the Goliath U.S. government with its own Constitution. Santa Barbara accountant Ahmed Khury responds to the plea of his brother, Sabeen, a suspected money launderer in Iraq. Before Ahmed realizes what has happened to him, he is in Guantanamo Bay Detention Camp, being subjected to torture to extract information that he doesn't have. The drama outside the courtroom explodes, and when murder, corruption and cover-up enters the picture, nobody, including Brent, is safe.


4.4 stars average review, traditionally published, was self published on Amazon, where it achieved:


Ahmed opened his eyes to complete blackness.  Am I alive?  Panicking, he put his hand in front of his face and he couldn’t see it.  He moved his fingers.  Still nothing.  Ahmed’s frantic eyes moved back and forth and there was not a sliver of light.  I’m blind, he thought.  A sudden surge of adrenalin compelled him to action.  His brain sent a signal to stand up and, as he did, the pain shot from his feet to his head like a hammer hit on a high striker in a carnival.  Gravity pulled his broken body to his knees and he collapsed.  He felt his body: No clothing.

What happened? Am I dead?

No, he thought, I must be alive.  He was in too much pain to be dead.  He felt his chest for bullet wounds, but found none.  Except for some tender spots on his chest and back and some scrapes on his knees, there was nothing. They must have used rubber bullets.

Ahmed strained to see, but it was no use.  He felt his face: It was swollen and bruised.  They must have blinded me in the shooting, he thought.  As his other four senses came to life, he realized that he was sore all over.  He tried to stand again, but his legs would not cooperate.  He felt them with his new eyes; the bones felt straight and unbroken.  Must be sprains, but why am I blind?  He struggled to control the panic and the terror.  Think, think.  Have to think.