A Night In Annwn by Owen Jones

The Story of Willy Jones' NDE 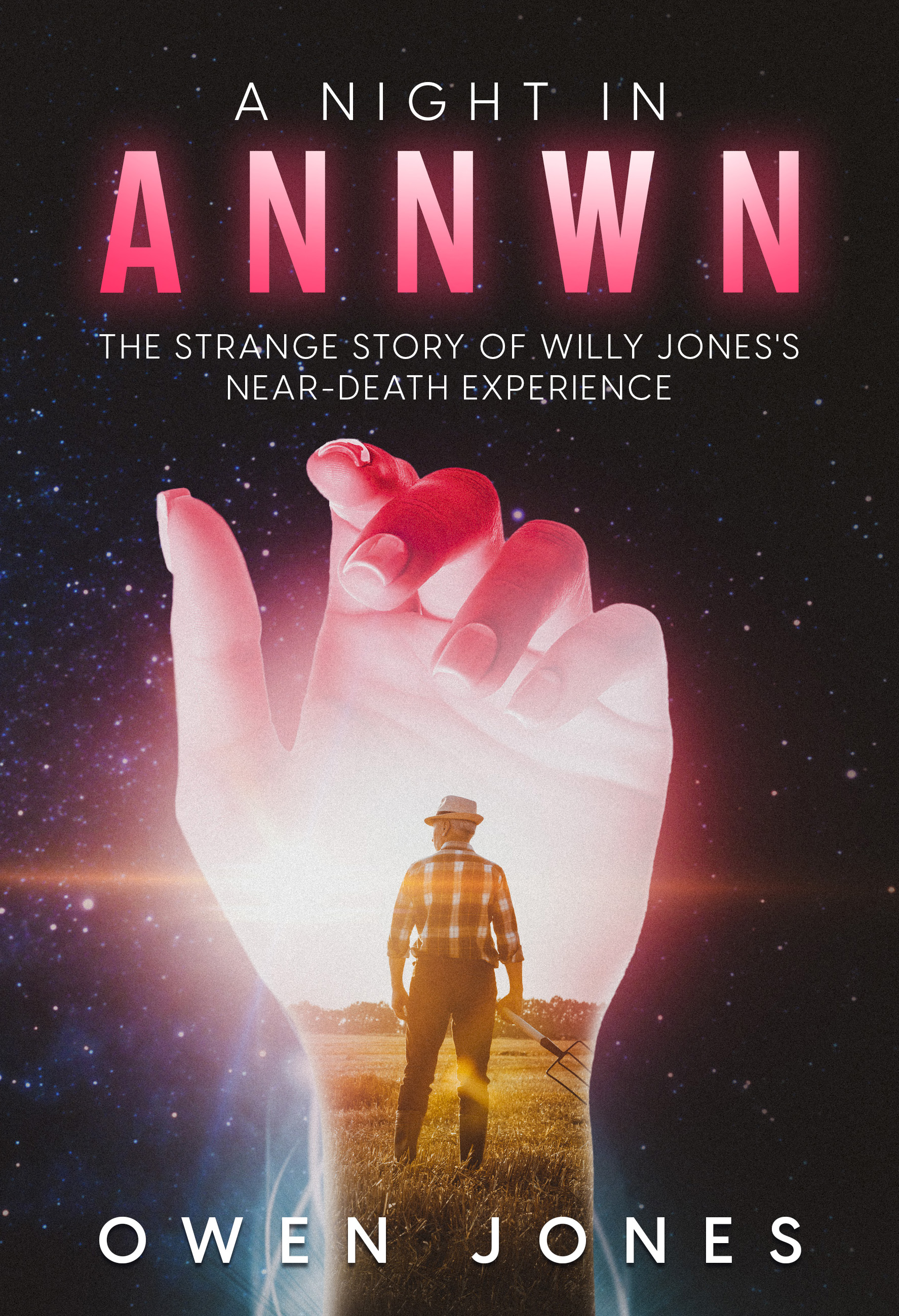 Annwn is the ancient Welsh word for Heaven, and, like Valhalla, was subterranean.

The novel tells the story of Willy, an old Welsh hill shepherd, who has let himself go after the death of his beloved wife. One day, while walking his old dog, it dies, and Willy collapses from a grief-induced heart-attack, although he had given up the will to live long before.

However, he wakes up in hospital and tries to make sense of his experience. Within a short time, he realises that his young nurse is his deceased wife, Sarah, and it begins to dawn on him that he is dead.

It does not phase him; in fact, he is overjoyed.

He spends 'days' with Sarah in Annwn, during which time, she shows him around and explains how things work 'in Heaven'. He is amazed at everything he sees and hears, until he is suddenly recalled to his body without warning. His body has been in hospital too, but in the physical world, and he awakes from an NDE (near-death experience). Then he begins to start seeing his wife again, and his memories of being in Annwn for several days return.

His life is transformed, and he has a renewed will to live, working with his wife from The Other Side for the benefit of the less fortunate around him, until one day, his real end comes too, and he is one with his wife again permanently.

“Dad, are you up yet?” shouted Becky into the dingy, unlit cottage as she closed the front door behind her with a bang in case he wasn’t even awake. She immediately wondered whether she should have left it open. The smell was terrible. “Dad, it’s me, Becky! Get up now, please, Dad!”

She drew the curtains on the lounge front window, which was quite large for an old Welsh country cottage, but it was still small by modern standards. She opened it as wide as it would go and locked it on the old-fashioned stays and then went into the back kitchen.

Part of the reason for the smell became obvious immediately. Kiddy, the old black Welsh sheepdog was cowering by the back door looking decidedly sheepish herself.

“Don’t worry about it, old girl, you couldn’t help it. He should have let you out hours ago”. She opened the back door in and spread the dog’s mess further across the lino floor. “Shit!” she said involuntarily as a new, even stronger wave of stench arose from the freshly disturbed and aerated pile of crap.

As soon as the gap was wide enough, Kiddy gratefully slipped out into the garden, happy to be away from the source of her embarrassment.

Becky took a bucket and stinking floor cloth from under the sink, but had to empty the dishes onto the worktop before she could fill the bucket in the sink to clean the floor. In the absence of hot water and proprietary cleaning products, she used cold water and soap powder

There were no rubber gloves either, so she coupied down and began to clean up after the dog.