A Hero For Dragons by Amy Wolf

Harry Potter meets the Dragonriders of Pern in this exciting coming of age adventure! 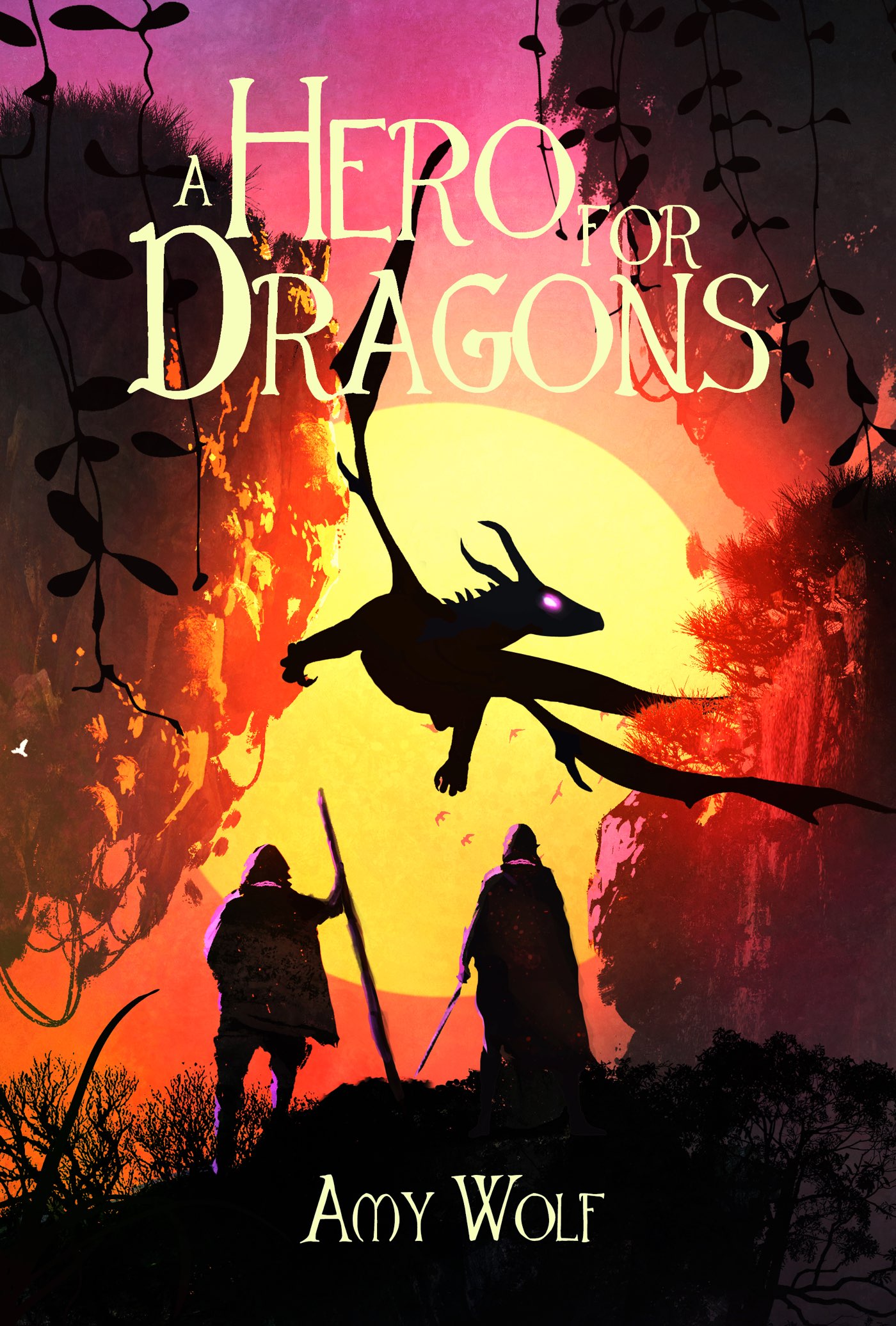 Mattie Sharp is back - along with her dragon pals! But what’s a girl to do when her best friend Artorius falls for a Chinese dragon, her fiance’ Eli is fighting a civil war, and gold goes missing from ASH, leading Mattie to suspect the (flat) Egyptian Ramses.

After being tried as a witch and spending the night with a Saint, Mattie gets to the heart of the mystery - and finds out it involves teeth! Will Sarug ever be foiled? Will Mattie and Eli get married? Find out in the last Cavernis Trilogy book, A Hero for Dragons.


Consistent sales of about 100 per month.


Mattie stood before the curved white altar, so shocked that she repeated herself.

They were at Georgia’s main square, inside a billowing tent that could have held two hundred people.

In her fantasies of this moment, Mattie had expected magic like fireworks and parades. Now she looked down, scuffing her thigh-high boots against the hard dirt floor.

“Well, how ‘bout it?” Eli flashed a confident grin.

“So, this…this is your proposal?” Mattie’s voice had gone flat.

“What I mean is…” Eli stared at the altar, frowning. Mattie knew this wasn’t easy for him. He was after all a knight, not a poesy-spouting courtier. “I thought, after what you heard me tell Artorius, that we’d be getting married. That’s usually how it works.”

“I see.” Mattie blushed. Thoughts ran through her head like a quick-cut movie trailer. I’m only eighteen and a half, and I want a real proposal. Maybe then I’ll consider it.

“To the ground,” she said, pointing.

“Get down on one knee. Pretend that I’m Artorius and do your Cyrano thing.”

Eli sighed and sunk to the floor. He brushed back his long blond hair and took her hand in both of his.

“Mattie,” he said, “you’ve had my heart since I first set eyes on you, though mine were the eyes of a dragon. I didn’t know it then, but I love you more each day. You are my Lumen, my own personal star.”

Tears began to form at the corners of Mattie’s eyes. From his kneeling position, Eli stared straight into them.​