A Discarded Pearl by Dawn Brower

Pearla is escaping the scandal of her failed wedding and meets Damian on her journey. 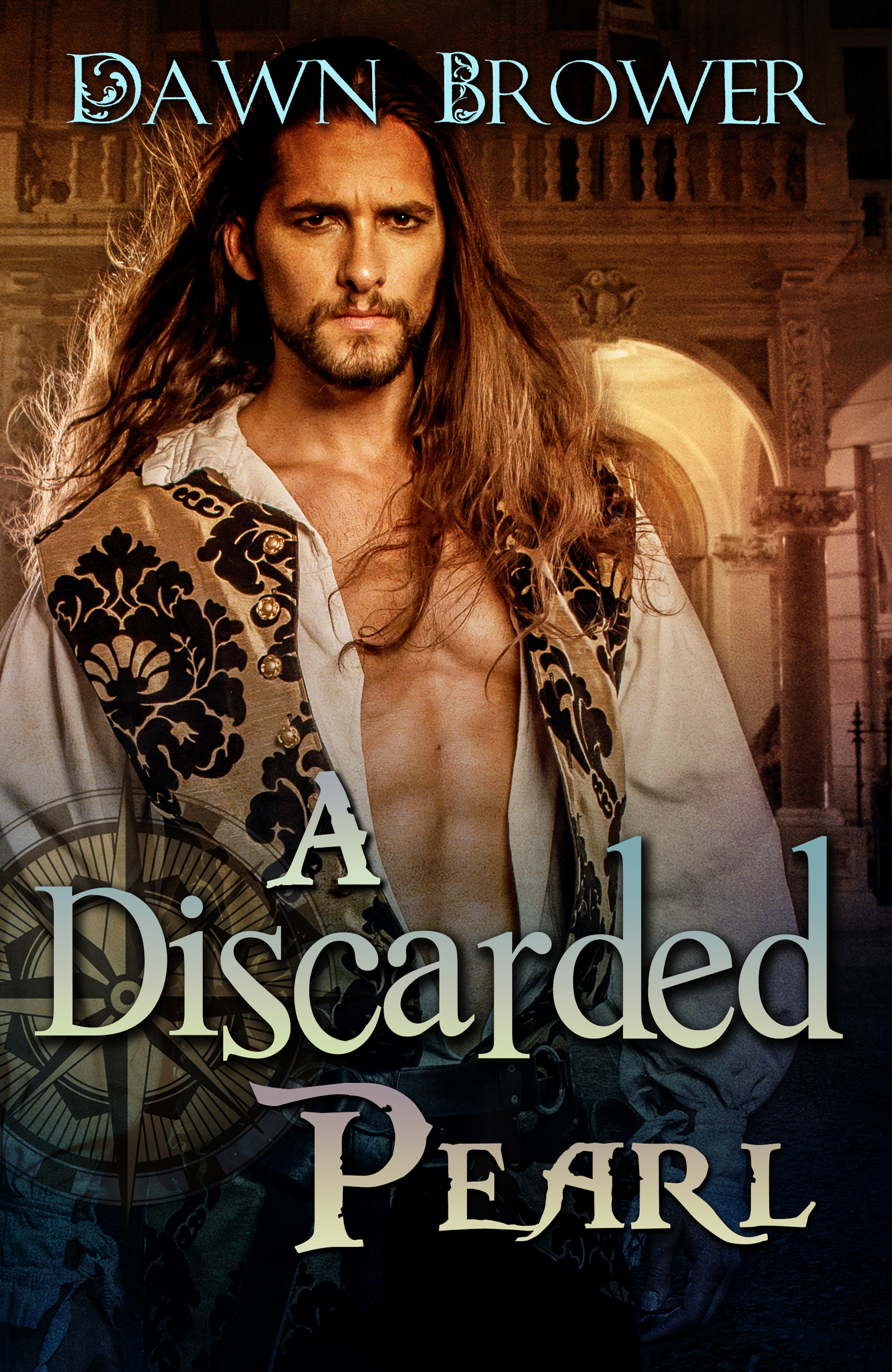 Pearla Montgomery is nursing a broken heart. She was set to marry the Duke of Huntly only to have her wedding halted before they finished saying their I do’s. Her intended’s presumed dead wife interrupted the nuptials. In order to get away from the scandal she flees London. She meets a man that she could possibly give her heart to, but is afraid of letting anyone in. Running away starts to become a habit she can’t break.

Damian, Conte Leone falls in love with Pearla the moment he meets her. Even if they met under the worst circumstances. Unfortunately for him he is the brother of the woman who interrupted Pearla’s wedding. A little detail the love of his life can’t seem to forget. Even if he has to chase her to the end of the world and back he will not give up on her. Damian sets out to win her heart and nothing will stand in his way.

They have many obstacles to overcome, but the biggest is Pearla’s own fears. Can Damian convince her to let him into her heart and trust he will keep it safe always?


Heat filled her cheeks as she rushed across the dock toward the ship she’d secured passage on. Pearla Montgomery wanted as much distance between her and England as she could possibly get. Had anyone ever experienced such monumental embarrassment?

“No. That honor only goes to me,” she muttered under her breath.

She had been so close to marrying Noah St. John, the Duke of Huntly. She’d fallen in love with him the moment she saw him. The hurt spilling out of his chocolate brown eyes...all she wanted to do was wrap him up in her arms and ease the pain away. Noah didn’t or, to be more accurate, couldn’t love her. She knew that, but she hoped in time he would at least come to care for her.