A Dangerous Invitation by Erica Monroe

In this dark, gritty historical romance, a reformed rogue must prove he's innocent of murder to win back his first love. 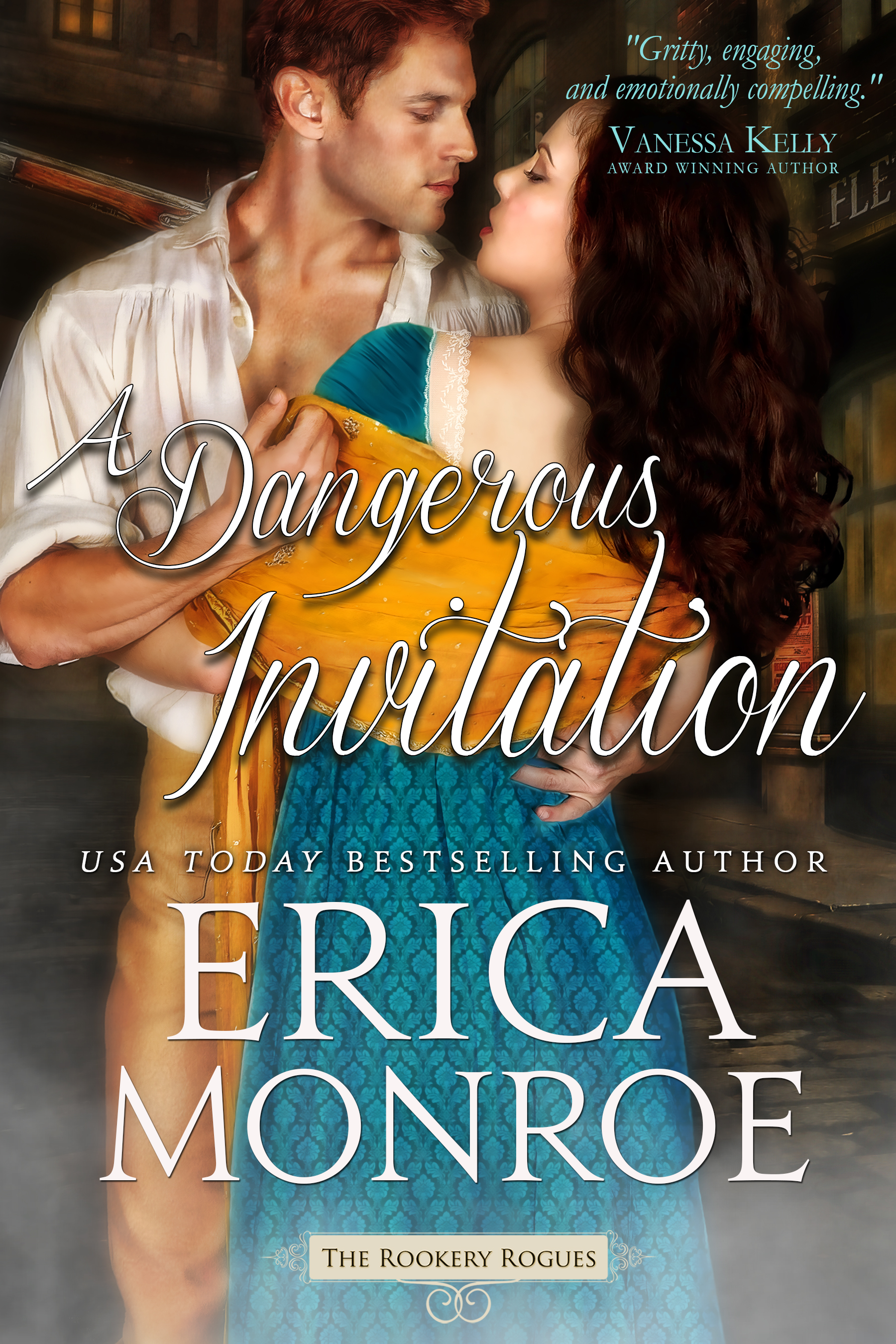 Scoundrels, thieves and rebels inhabit the rookeries--where the women are fierce and the men are dangerous.

SHE'S GIVEN UP ON LOVE, AND WANTS ONLY INDEPENDENCE...
Torn from her life of privilege by her father's death, Kate Morgan survives in London's dark and depraved rookeries as a fence for stolen goods. The last man she ever expects, or wants, to be reunited with is her first love, who promised to cherish, honor and protect her, and instead fled amidst accusations of murder.

HE'S THE REFORMED RAKE DETERMINED TO WIN HER BACK.
One drunken night cost Daniel O'Reilly the woman he loved. If he ever wants to reclaim Kate--and his old life--he'll not only have to prove he's innocent of murder, but convince the pistol-wielding hellion that he's no longer the scoundrel he once was.

A Dangerous Invitation is a dark, gritty, and sexy romantic suspense about the working class of pre-Victorian England. It is a full-length standalone historical romance, and is book one in the Rookery Rogues series.

This book received an A+ review from Smart B*tches, Trashy Books


Kate Morgan’s neck prickled with awareness. Someone was following her.

It was not an unusual occurrence. As a fence for stolen goods living east of the City in tenement housing with more thieves than honest men, Kate had grown accustomed to being followed. They approached slowly, until she crossed the alley that divided Upper Shadwell from Broad Street, where the light from the lamps grew dim.

There they met her, thinking the darkness would give them sufficient cover to filch her valuables. That was their grave mistake.

She had nothing of value left.

Her pace was steady as she neared the alley, but her hand clenched around the worn wood handle of a Forsyth flintlock pistol. She breathed in deep, instantly regretting it when the sick smells of excrement and bodily fluids assaulted her senses.

She glanced over her shoulder discreetly and saw the tall, muscular frame of a man with a hat pulled down low on his brow. Without a lantern, she could not distinguish his exact features. She moved her finger to the trigger. The pistol was fully cocked and loaded.