A City Owned by OJ Modjeska

One after another, they appear by the sides of suburban roads and freeways – the naked, strangled bodies of women who have been raped, tortured and left for dead. 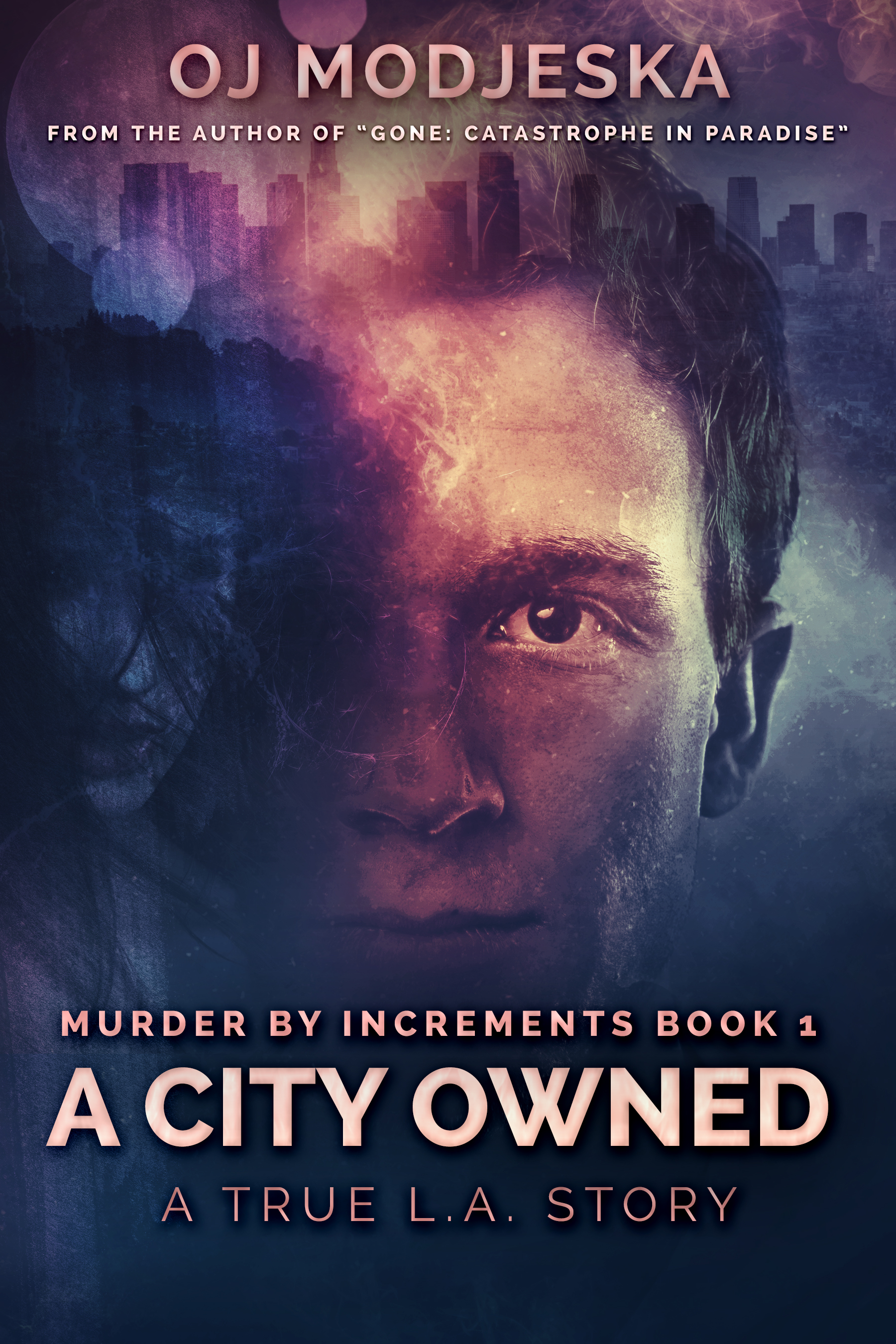 One after another, they appear by the sides of suburban roads and freeways – the naked, strangled bodies of women who have been raped, tortured and left for dead.

Police begin to suspect that their target is a rogue operator who has emerged from their own ranks. And then, all hell breaks loose in Los Angeles.

An arrest in the strangling murders of two co-eds across state lines finally leads to a break in the case, but the suspect is someone the investigators could have ever expected.

None of them are prepared for the dark journey through the mazes of the human mind it will take to unlock the door to justice.

From the author of the bestselling “Gone: Catastrophe in Paradise”, “A City Owned” is the true story of the worst case of serial sex homicide in American history.

This story begins in a vast and pulsing metropolis, the central districts of which are today noted for cleanliness, even blandness. It is a world of high-rise glass and steel, of functional if dull design. With its collection of music stores, the Rock Walk featuring concrete handprints of rock 'n' roll luminaries, and the historic Sunset Grill made famous by the Don Henley song of the same name, it presents a thoroughly digestible version of hip to the many tourists who flock to the city every year. The principle attractions are dining, shopping and scanning the surrounds for a celebrity or a dog in a tote bag. Nobody worries about visiting at night. It does not have time for crime, or squalor. This is no stomping ground for the marginal and deviant. Those folk have mostly moved on—to somewhere, anywhere, some other place; it doesn't matter.