A Chronicle of Chaos by D.M. Cain

A battle of the wits. A realm ravaged by war. Two fractions thrown together. 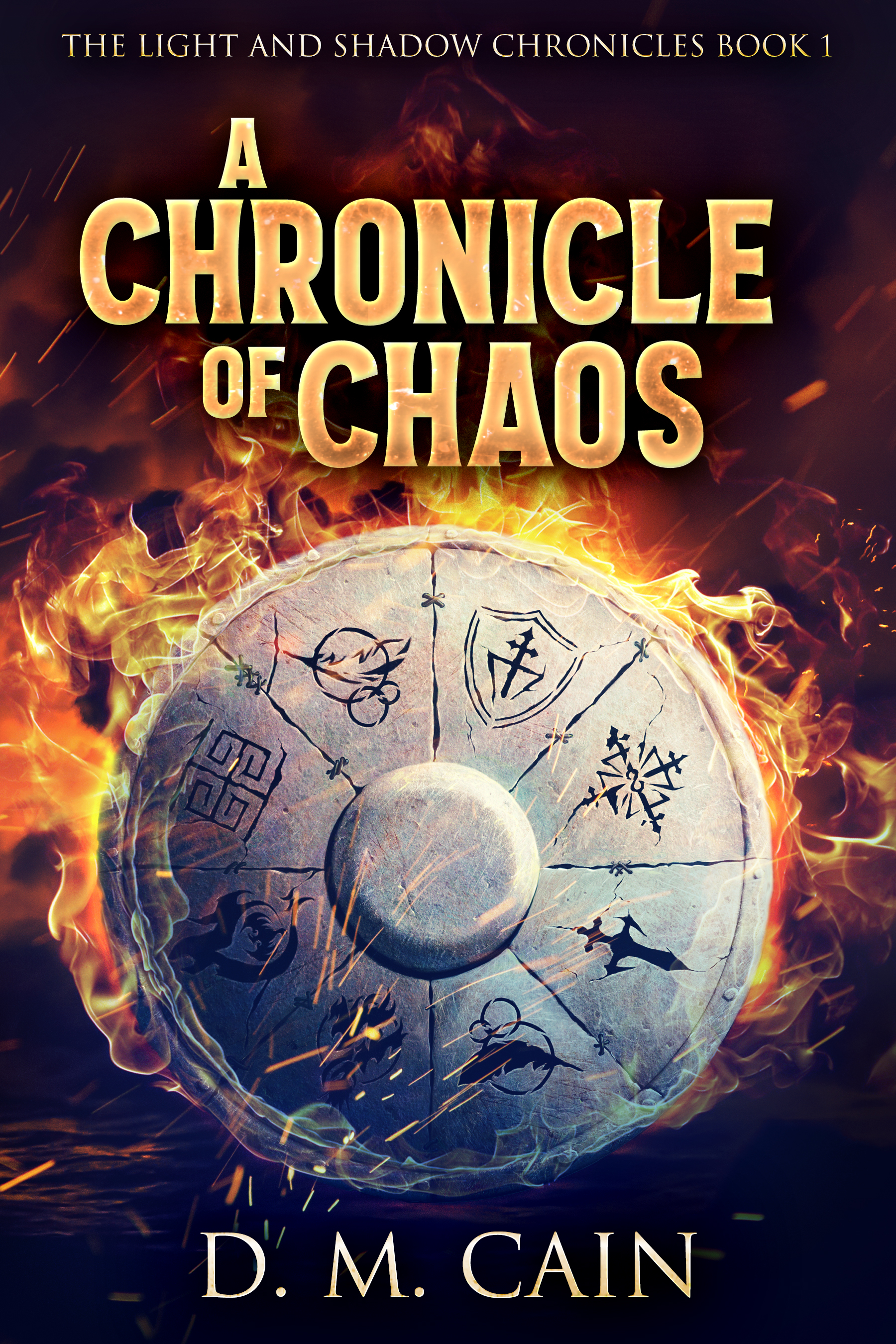 A battle of the wits. A realm ravaged by war. Two fractions thrown together.

Chaos fights in the name of honor and glory. As a soldier of light, he has no doubt that he is the strongest warrior in the land.

But even his strength and confidence can’t stand up to the powers of Hell and the Bavelize. When a fateful coincidence puts Chaos at the mercy of the demon Anathema, they are immersed in an intense rivalry, determined to destroy one another.

Soon, Chaos he must make a life-changing decision that he’s been dreading since the battle began. Will he put his loyalty aside, or fight on with the strength and dignity he has left?

★★★★★ - "Outstanding. Strongly recommended to anyone who likes YA Fantasy."

★★★★★ - "A unique and different approach to the old themes of angels and demons."


Golden leaves crunched underfoot as two figures strode through the deserted woodlands at the edge of Meraxor, the territory of the Brotherhood of Shadow.

The smaller figure, Vincent Wilder, trailed at the back with his arms crossed over his uniform, a pristine grey tunic with a black symbol of a phoenix nestled inside a flame. His eyes were dark and shaded, and a frown creased his forehead. He kicked aside twigs and stones, trying to keep his nerves under control and maintain the composure that had earned him his role as the leader of his people.

The large, imposing figure that walked beside him made no sound at all, its feet silently padding across the crisp forest floor. It wore no clothes except for a long black cloak with a deep hood that obscured the area where its face should have been.

The forest was cool, even for a late autumn evening, and the frosted air planted sharp kisses on Vincent's face. His companion, the Bavelize, didn't feel the cold; it had no skin to pucker in the freezing air and no bloodstream to pump colour into wind-kissed cheeks. The creature's hands were not made of skin or bone but thick, turbulent smoke, swirling and rippling, roughly gathered in the shape of fingers.

Vincent had left the city behind him over an hour ago, winding through the dense, uninhabited forest. When he was far enough away from their civilization to be sure they wouldn't pass another soul, he had called to the Bavelize. It had appeared from the ether, as it always did—materializing from nothing to stand beside him. They had continued their journey together in silence, with Vincent praying that what he was about to do wasn't a catastrophic mistake. The Bavelize stopped suddenly in the middle of the leafy trail.

“Here,” it said in a quiet, ethereal voice that reverberated around the woods, coming from all directions at once.

Collection/Series:
The Light and Shadow Chronicles