A Building Passion by Sandra Kyle 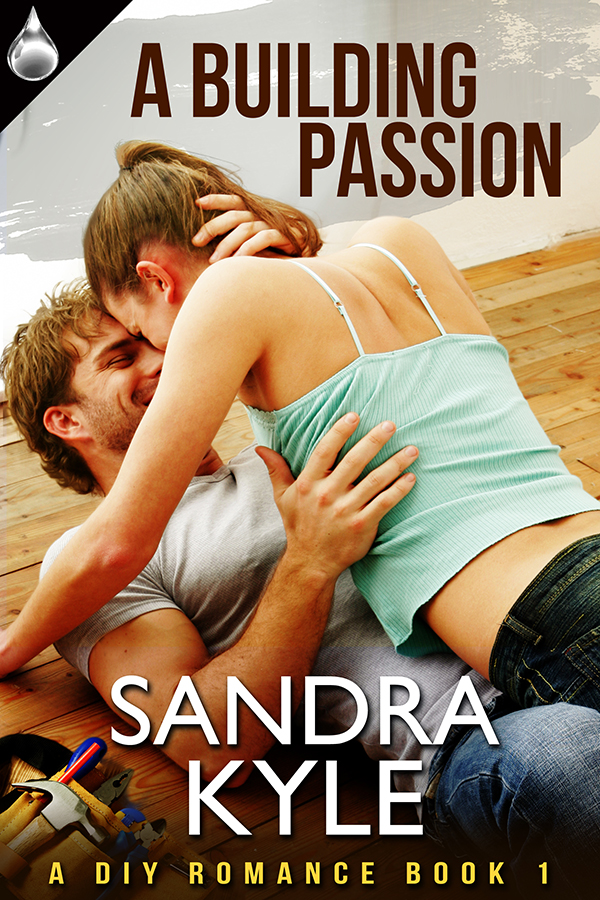 Vanessa moves to Savannah to pick up the pieces of her once very certain existence after her fiancé cheats on her. An independent and self-sufficient accountant, Vanessa also has a knack for DIY. When she purchases a ramshackle property in need of repair, she crosses paths with Daniel, a sexy and skillful carpenter. Daniel is a ladies’ man who plays the field and has his own romantic issues to conquer. As Vanessa embarks on a journey to embrace her new community and rehab her new home, she enlists Daniel’s help. Tackling the house is the easy part, but can two do-it-yourselfers find a way to work together to fix their love lives as well?


THE déjà vu feeling of the city street caused the hairs on her arm to stand up straight. A metallic squeak crawled through her ear. Gotta grease that damn hinge. Vanessa slammed the driver’s side door of her truck shut. A push by her hip ensured its closure.
The time on her phone read 2:24 p.m. She’d arrived for the appointment early. Turns out she’d incorrectly guessed the eager agent would beat her to the location. The woman she’d spoken to practically salivated on the other end of the call that morning. Out-of-town buyer would probably do that to a realtor looking to offload this piece of crap.
The ad had described the shabby duplex to a tee. Unfortunately. Unkempt grass and weeds adorned the front lawn. A cracked stone walkway meant to beckon someone inside only drove people away in her estimation. She reached out to touch the palm in front of the porch, then decided against it. Windows occupied almost every inch of the exterior walls from top floor to bottom. The structural integrity of the two-story porch appeared questionable. Wonder how deep the concrete footing is under those brick columns? Of course, I’m being way too positive assuming there’s even a proper foundation. When she’d read the property listing in the local morning paper, the promise of current rental income had enticed her to take a look in person.
Bars on the front screen doors screamed “unsafe neighborhood.” She walked back to her truck and leaned against the side of the hood. She studied the surroundings. Steady vehicle traffic passed the corner house hanging by the intersection.