Jaap is in for the long haul. He regards book translation as a leisure trip -- he cherishes and enjoys each and every single step of the way! 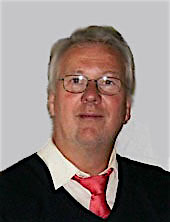 Jaap Slager is a native Dutchman from Frisia in The Netherlands. He was born with a keyboard attached to his fingers and a passion for language in his heart. He was raised bilingually, had a classical education, and studied Dutch Grammar and Syntax at Groningen State University. After several managerial and consultancy jobs in utilities, he finally returned to his true passion in life. Last year, he translated the Blake Pierce mystery novel Almost Lost. Lukeman Literary Management in New York awarded his work with five stars. This year, he translated a Portuguese novel by Nuno Morais, Dutch title: 'k Wou dat je hier was, and a 'policier' (Dutch title: Arsène Lupin, ladelichter van eer) by Maurice Leblanc, a French author who was one of the major influences on Jaap's writing style. Currently, he's working on the translation of Skeletons in the Attic, Amazon's #1 bestseller from the Marketville Mysteries series by Judy Penz Sheluk.
Jaap is appreciated for the comprehensive command of his maternal language.