Zombody to Love by Richard Crossley

A new kind of Zombie. A new set of problems. 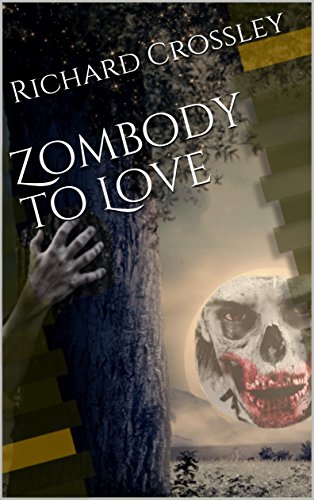 After stealing a car the army wanted destroyed, an enforcer for a drug kingpin unwittingly begins an epidemic that could spell the end of civilization... And he's the hero. Tapper wasn't always a soulless thug. That came after shrapnel led to an involuntary lobotomy of sorts. But he doesn't know that. He only knows what he knows, which is that if nobody will care in a thousand years, then he doesn't care now. But he's started something that WILL be remembered in a thousand years, if mankind survives, and while everyone around him is dying, he's learning how to live. This first book, based on a pilot screenplay by the author, chronicles the beginning of the great transformation of mankind, and of Tapper, a simple man whose literal interpretations can be darkly humorous, and deadly. On the run from his boss because of an honest, but deadly case of mistaken identity, Tapper and his only friend, Cootie, need to go on the run. For that, they need money, and decide that robbing the boss is the best way to get it. Meanwhile, there are other repercussions of the mistake. The world is quickly changing into a place where everyone you meet may be a flesh eating semi-dead, and it might have all started with his stealing the wrong car. This premiere book starts a new journey for Tapper, and begins his road to redemption, if that is possible. Presented unaltered from Tapper's journal, the language and actions are sometimes brutal, sometimes humorous, and always the simple truth as Tapper perceives it.


In the few seconds it takes Peter to get his shit together, I do several things. First off, I think for the umpteenth time, how his oversized head always makes it look like he is leaning to one side or the other. Then, I rummage under the couch cushions. My first excursion yields a handful of lint covered Cheetos, a key, and a couple of dimes. I toss them on the coffee table and make a mental note to get the dimes for later, figure out what the key goes to, and throw away the Cheetos. I figure they are past their prime.
My second search finds my shotgun, never far from my grasp.
Peter notices my advantage and quickly grabs Betsy. Using her as a human shield, he pushes into the room with his gun to her head.
“It seems you fucked up once too often”, he sneers at me. “Gunter plans to fix that.”
I fire the first shot into Betsy’s chest. She drops like a fuckin stone while I pump in another shell. I fire again. This blast catches Peter in the shoulder and spins him toward the door. I pump and squeeze a third time. Click. I’m out.
Peter fires as he turns, but the shot goes wild and into the wall. It probably wakes my neighbor. Or kills him.
I leap from the sofa, cross the space between Peter and myself in two strides, and swing the barrel of the cutoff hard against Peter’s overgrown melon head. He goes down.
“Bad plan”, I mumble. Then I take his gun and put two in his head to help deflate it.