With His Ring by Cheryl Bolen

He married her to secure his inheritance--not for love. 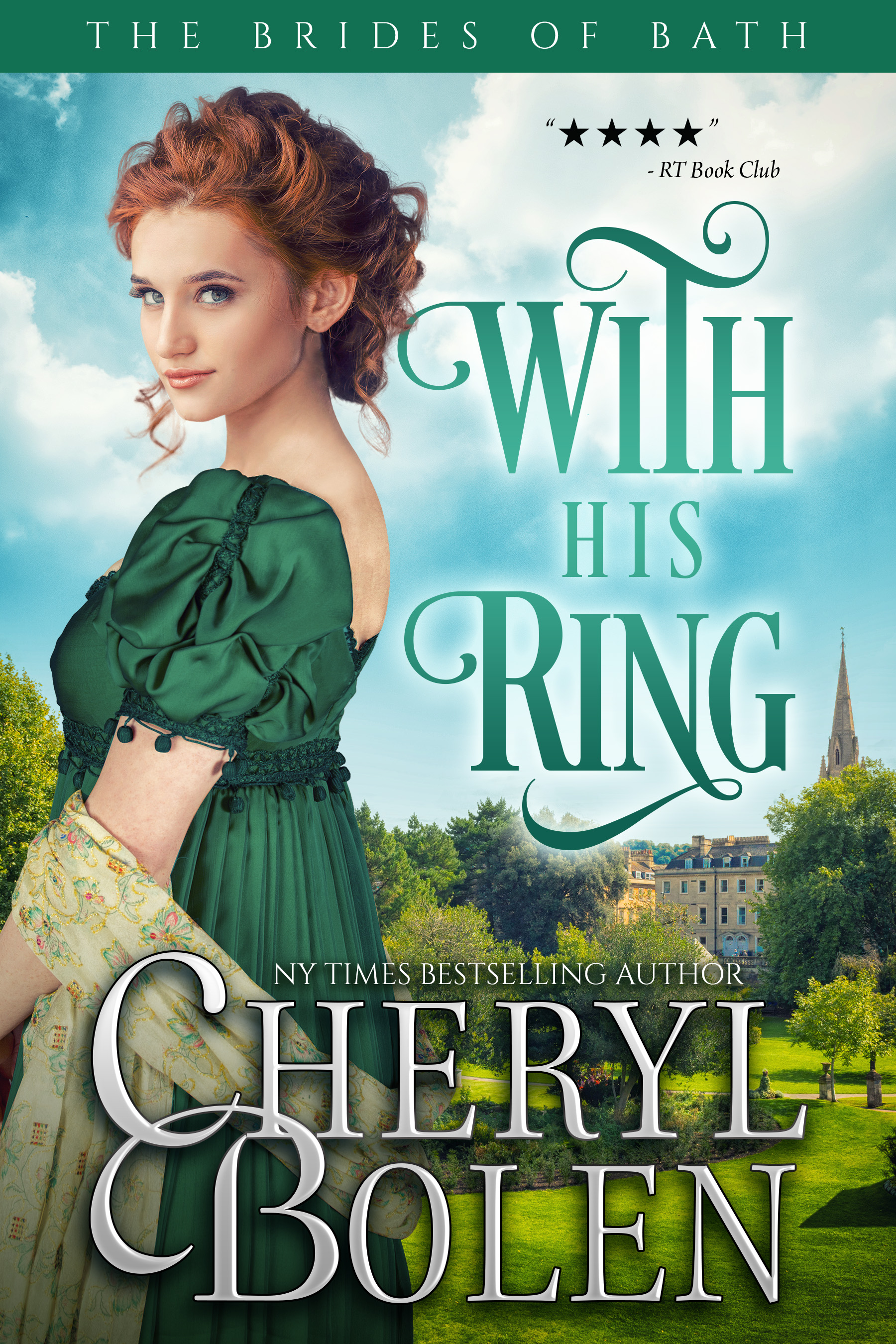 Glee Pembroke has turned down countless offers of marriage because she has secretly been in love with her brother's best friend, Gregory Blankenship, all her life. When she learns Gregory will lose his considerable fortune if he's not wed by his twenty-fifth birthday, she persuades him to enter into a sham marriage with her. What he doesn't know is that she plans to win his heart. She will do everything in her power to make him happy – including mimicking the ways of a "fast" woman since he's noted for alliances with women of that sort.

Why did he ever allow himself to marry the maddening Glee? He'd thought they would have great fun, but at every turn, she exasperates him. Why does she persist in wearing the bodice of her dresses so blasted low? Why do other men persist in flirting with her, his wife? And why in the blazes has his heretofore complacent life been turned upside down by this sham marriage? He finds himself longing for a real marriage, but for reasons he cannot divulge, that can never happen.

He needn't tell her he owed every bit of it to Lord Bastingham because of a disastrous turn of bad luck. Nor need he tell her how many tradesmen were dunning him. Nor how he'd been forced to find new positions for his groom and coachman because he lacked funds to continue keeping horses.