The witches go Hollwyood, and all spell breaks loose! 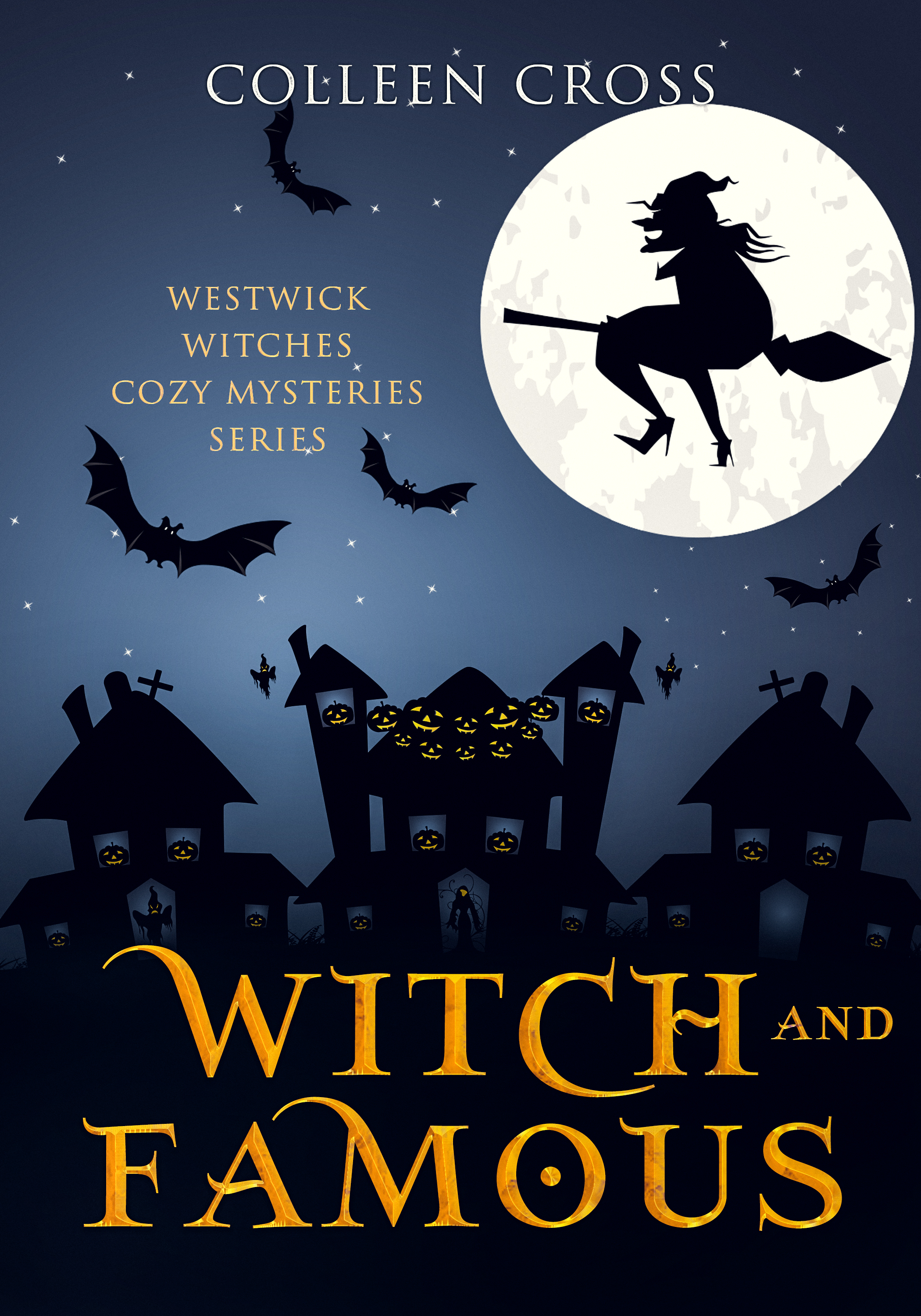 A Hollywood movie shoot comes to town and journalist Cendrine West is eager for a scoop. Her witchy family also wants in on the action, but shenanigans with the stars soon turn to Tinseltown tragedy.

Bodies are piling up faster than a coven’s worth of curses, and everything points back to Cen’s starstruck family. They will stop at nothing in their quest for supernatural stardom, even if that means meddling in a murder investigation.

The witches have created one spell of a mess and given the killer a chance to get away with murder. Cen resorts to her own blend of supernatural justice to keep her family in check, but can she unmask the killer before he strikes again?

Welcome to the wild, wild Wests!

Witch & Famous is for fans of a paranormal mystery, cozy mystery, and wickedly funny witches.

This book can be read as a standalone mystery, but if you want to know more about the Westwick Witches and their family history, you can start with book 1: Witch You Well.

Westwick Corners isn't your typical small town. Or even a normal ghost town. It's where people go not to be found, and witches go to work their magic without attracting too much attention. The combination makes from some interesting and humorous mysteries, and the witches are always at the center of the action!
Ruby's cooking, Cendrine's amateur sleuth and investigator activities, and Aunt Pearl's magic school are always looking for that one secret ingredient that will propel the witches to fame and fortune and put the small town of Westwick Corners back on the map again. The witches are forever cooking up new business opportunities like The Westwick Corners Inn, The Witching Post Bar and Grill, and of course, Pearl's Charm School, where witches go to unravel riddles, spin magic spells, and create their own witch mysteries. Too bad they are forever getting distracted because there are always strange things happening in Westwick Corners, from petty crime to murder.
The West family has always been in Westwick Corners and always will be. They descend from a long line of witches who have inhabited Westwick Corners from the beginning.
Witches who unlock mysteries, solve crime, and help those in need. They are collectively a kind of a witch of all trades, because pitching in--or is it witching in-- is what you do in a small town. Everyone helps out. Even Grandma Vi the ghost investigates and sleuths. But when everyone pulls together, it's not always in the same direction!  If you like a good puzzle, a good laugh, and a good witch mystery series, you'll love these cozy mystery books!  Available both as ebook cozy mystery books and cozy mystery paperbacks.
I am writing the next book in this series of paranormal cozy mysteries, a cozy paranormal that takes place on Christmas Eve. As long as people like these humorous cozy mysteries I will keep on writing them. Thanks for reading!


This is a new book to be published in May 2017. This is the third book in the Westwick Witches cozy mystery series which is my most popular series in English.  Cozy mysteries are now gaining traction in other languages too. They appeal to readers looking for a light, humorous, read.


Movie stars can be cantankerous, demanding creatures. I just never expected Aunt Amber to be any of those things. Not only was she an accomplished witch; she was also used to getting her way as a senior executive with Witches International Community Craft Association. WICCA was her life.

Yet my workaholic aunt had abandoned her career for an acting role. She had never expressed an interest in acting and didn’t even like going to the movies, so the idea of her starring in a major Hollywood blockbuster was preposterous.

Yet in less than a week she had landed a co-starring role in High Noon Heist, the sequel to the mega-successful Hollywood blockbuster movie Midnight Heist. And convinced a hotshot Hollywood producer to film the movie right here in Westwick Corners. Our almost-ghost town could certainly use an economic boost, but I couldn’t for the life of me figure out why our rundown town was chosen.

It made no sense. Either Aunt Amber had powerful Hollywood connections, had piled on the witchcraft, or both. The details were still sketchy, and I had no idea who was starring opposite Aunt Amber other than it was some Hollywood hotshot.

Why he was willing to travel all the way to eastern Washington State I had no idea. But one thing was clear: the film crew really was from Hollywood, and as long as things went well, the movie was pretty much guaranteed to put Westwick Corners back on the map. The tourists would return with their wallets and Westwick Corners would be financially in the black once more.

All my information came secondhand from Mom since I hadn’t even seen Aunt Amber yet. She had arrived late last night from London, England, where she now lived. She had gone straight to her dressing-room trailer downtown instead of stopping in to see us. That seemed a little odd, but in typical Aunt Amber fashion, she was eager to get a head start.