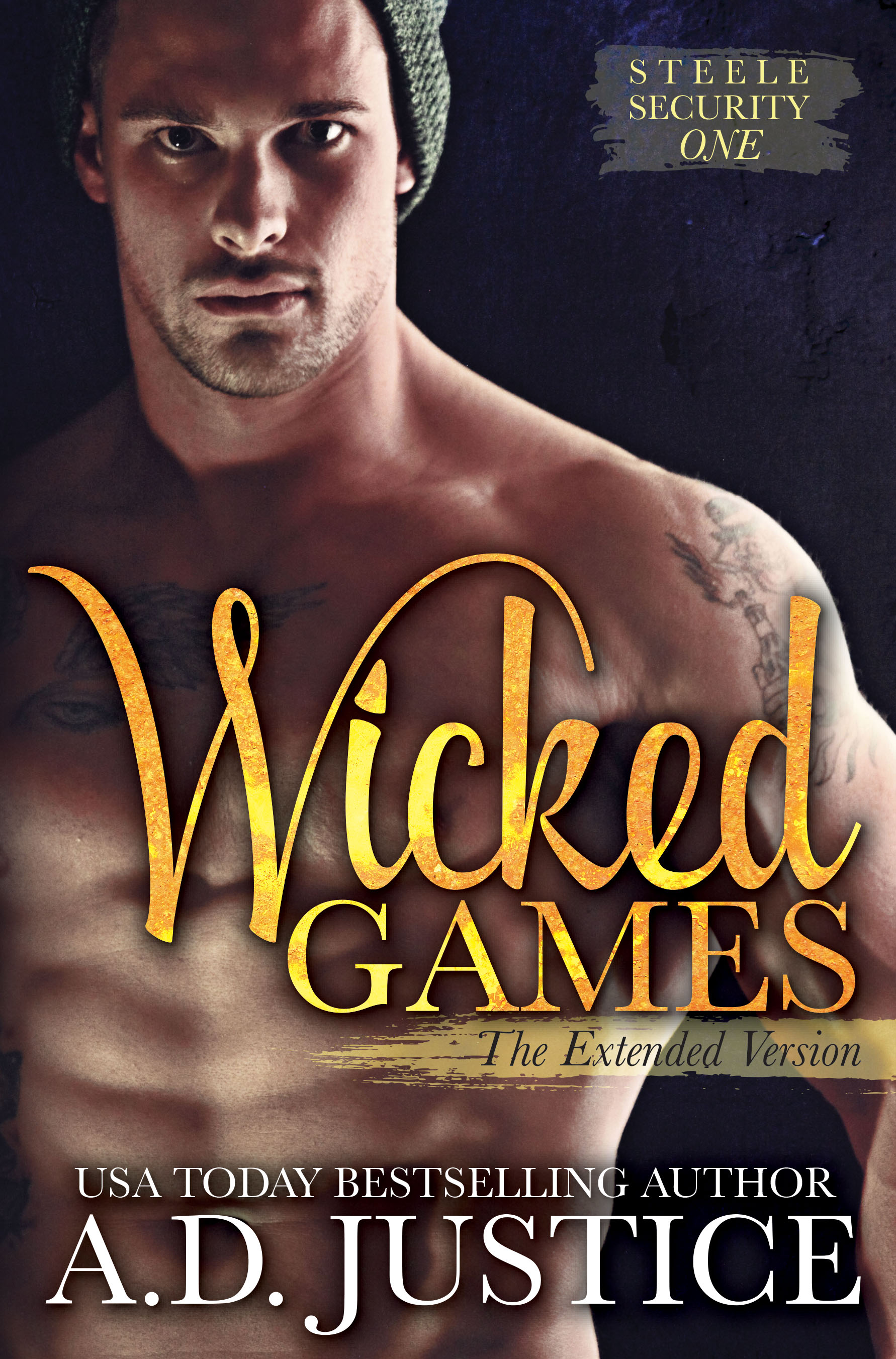 She has the story of a lifetime every investigative reporter dreams of landing.
But the trail of incriminating evidence leads back to the only man she’s ever loved.
When she misses her flight, she watches the plane explode in mid-air, knowing the bomb was onboard to silence her.
Who can she trust?

He hasn’t been the same since the day he lost her.
Then he catches an intruder in his house, only to find his long-dead love is still alive.
Lust, love, betrayal, and loyalty war inside him.
Treachery, deceit, and danger threaten them.

When an unknown enemy holds all the cards, how can they survive the wicked games?


Wicked Games was originally released in 2013. It was revised and re-released in 2015. To date, readers continue to love the first in this series of five books.


The beads of sweat glistened in the early morning sun, running down her forehead and along her hairline before reaching her neck. Her eyes scanned the landscape around her, constantly cognizant of her surroundings. Her rhythmic breathing matched the thumping of her feet as she ran along the familiar trail. She wore her earphones and an iPod on her upper arm, but she rarely listened to the music. She’d discovered when others thought she was listening to music they rarely tried to start up a conversation with her. It had become her diversionary tactic to avoid strangers, to appear to be engrossed in her own world, but still allowed her to make quick assessments of potential problems.

She ran every day, regardless of the weather, but not for the reasons most others did. She didn’t want the recognition and satisfaction of completing marathons. She didn’t care about fundraisers or health awareness campaigns. She was health conscious but knew better than anyone that she needed to push herself to her limits every day. Running had become her addiction and her only way to deal with the pain inside. She pushed and punished her body with exercise to try to keep the depressive thoughts at bay. The punishment could only last for so long, though. She couldn’t run day and night, but she definitely made her time count.

Boulder, Colorado, normally had mild high temperatures with lots of sunshine in early May, but today the way the dark clouds rolled in felt very ominous. She eyed the horizon while she internally kept her anxiety level in check. The approaching storm held a forewarning, and the emotions that bombarded her from every direction seemed to confirm.