Nobody writes a love story as unique and magical as New York Times bestselling author Jill Barnett, who sweeps us away to the pageantry of medieval England, where a strong-willed knight must fight the battle of his life to win a stubborn lady. 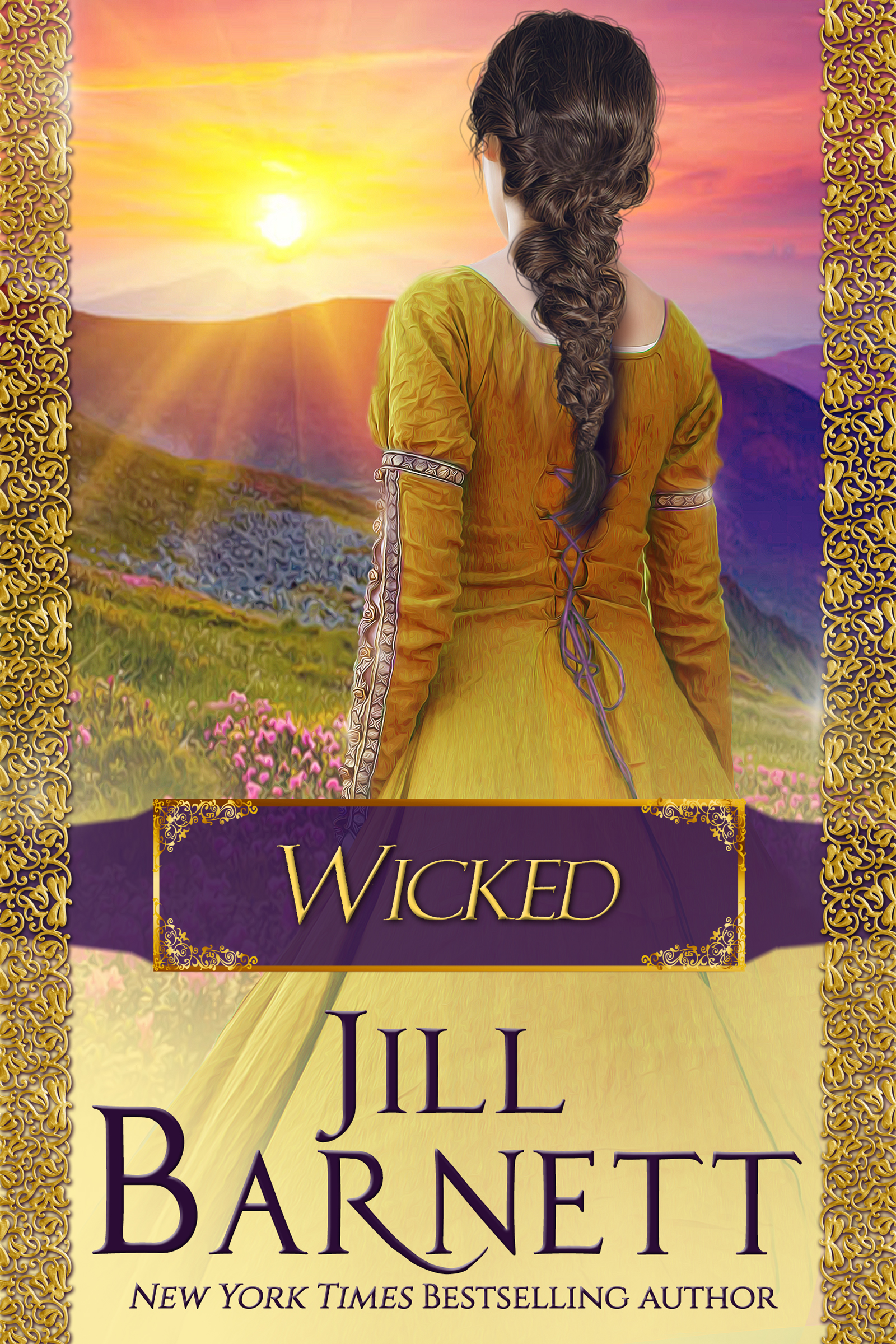 Lady Soria Beatrice Rosalynde Anne Therese Howard has had as many suitors as she has names. But she's spurned every last one of them, to the dismay of her guardian, King Edward I. Now, even increasing her dower prize will not lure offers for the defiant, but lonely, Sofia, whose young heart was once broken by a too-arrogant knight. Sir Tobin de Clare is the man who broke her heart, and he must make amends for a careless act from the past. Nothing will stop this ruthless warrior from winning her hand. Nothing, that is, except Sofia's tattered pride and her demand that he also surrender his heart. In a rousing battle of will and wit that makes war seem peaceful, one powerfully determined knight and his spirited lady find that love at first sight is never, ever easy


Wicked was originally published with a 450,000 mass market papaerback print run and went back to press multiple times. The book hit the New York Times Bestselling Books list in the first week, USA Today at #20 and Publishers Weekly, Barnes and Noble Top Ten and Borders, Waldenbooks and Target.  The book hit #1 Overall paid Bestseller List in eBook and Kobo, Booksamillion and more.


She sat in a tower room. Alone. Perhaps forgotten with the hubbub going on inside the castle. Her hand rested on a heavily carved table where a clock sat, a whimsical water clock that counted minutes and hours in single, clear drops of water. ’Twas an odd-looking contraption with a metal and glass globe and birds that flapped their wings when enough water dropped to form an hour. She had bought it many years past in a moment of fancy at a small May fair, where it had been quite the spectacle.

On that warm spring day when the farmers and villagers of Kent had gathered around a hawker’s brightly striped booth, Sofia had stood nearby, watching and listening while he showed them all how time was truly passing right before their very eyes.

Count the water drops! See the courses of time!

Like the rest of the crowd she had been drawn in, had stepped even closer, amazed that someone had actually trapped time inside that globe. She left the May fair that day with the wondrous water clock hugged tightly to her chest and her purse empty.

Perhaps it was her wishful thinking or youthful ignorance, but owning that clock made her believe she had gained some sliver of power over time, and thereby, over her own future.

But when winter came that year, one day the water inside the clock froze as if time itself was suddenly standing still. Day after day, hour after hour passed in spite of the frozen clock, until Sofia saw the plain truth: she never did have the secret of passing time tucked safely away inside her chamber.

Now she needed no clock to see time pass. In the mornings when she awoke and looked into the polished glass, she saw the changes time had made on her face—the small lines above her lips and on her neck and brow, the creases in the corners of her eyes. Her face had changed as much as her life. Like single drops from a water clock, time passed by in seemingly minute increments.