Where a Spaceship Goes to Die by George Saoulidis

This story is inspired by Point Nemo, a place located as far away from land as possible where spaceships go to die. 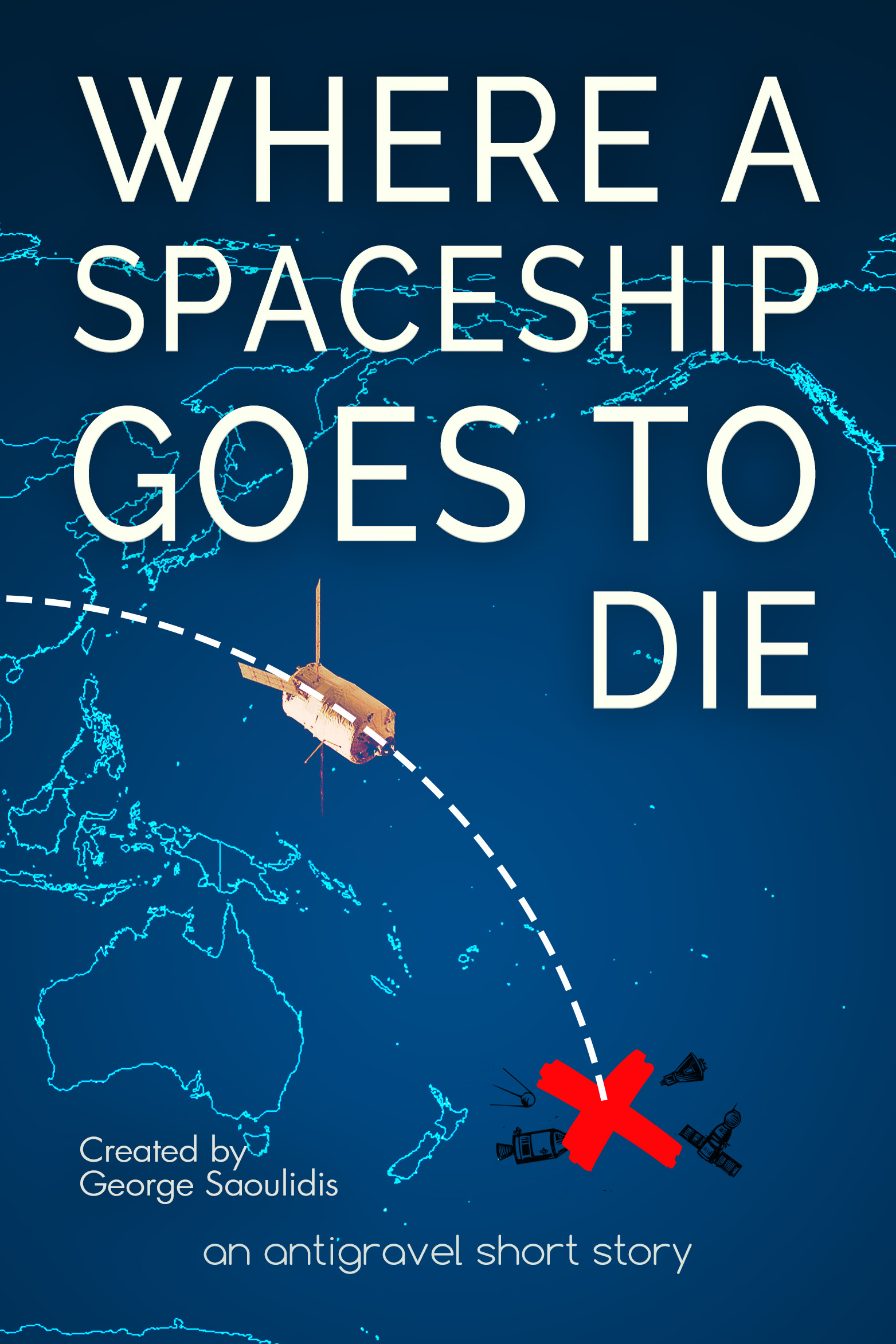 When a scavenger captain offers her an unusual job in the middle of nowhere, Delphine accepts and tags along. But will she manage to get the treasure they're looking for, when she has to operate a seadrone all by herself, when the treasure is buried in a spaceship graveyard 2 miles under water and when the challenges she faces go beyond her wildest fears?

This story is inspired by Point Nemo, a place located as far away from land as possible where spaceships go to die.


“So, we just steal it?” Delphine said, shielding her eyes from the sun.

“Take a look around,” the captain said, arms wide. “We’re in the middle of nowhere, by definition.”

She looked around. Nothing but ocean.

“3000 miles off the Eastern coast of New Zealand, 2000 miles north of Antarctica, and 2.5 miles below us is the middle of nowhere, or what people call the Spacecraft Cemetery.”

“I thought it was called the Oceanic Pole of Inaccessibility.”

He moved his hand in a moving-on motion. “Yes, the point on Earth farthest from any land mass. When people have been sinking spaceships for fifty years, it also becomes a Spacecraft Cemetery.”

A rather large wave crashed on the boat and they had to steady themselves on the railing. Delphine liked the spray of water, it felt cool under the scorching sun. “But why crash the ships here? Why not just fling them into the Sun?”

“Not as easy at it sounds,” the captain grunted, working on the buoy. It was a jumble of machinery, obviously ripped out of various places and held together by duct tape, literally in some areas.

“Okay, fine, why not leave them in space then? It’s not like there’s no room to leave it. It’s called space,” Delphine said in her most ‘duh’ tone of voice but she felt it was a dumb question the moment she said it.

The captain pointed a screwdriver at her from below. “That is the worst place to leave a defunct spaceship. Cause when it breaks down, and it will, from micrometeoroids, gravity forces or disintegrate from radiation, those little bits will become space debris. And debris maintains momentum due to the lack of friction.” He was arms-deep in grease by now.