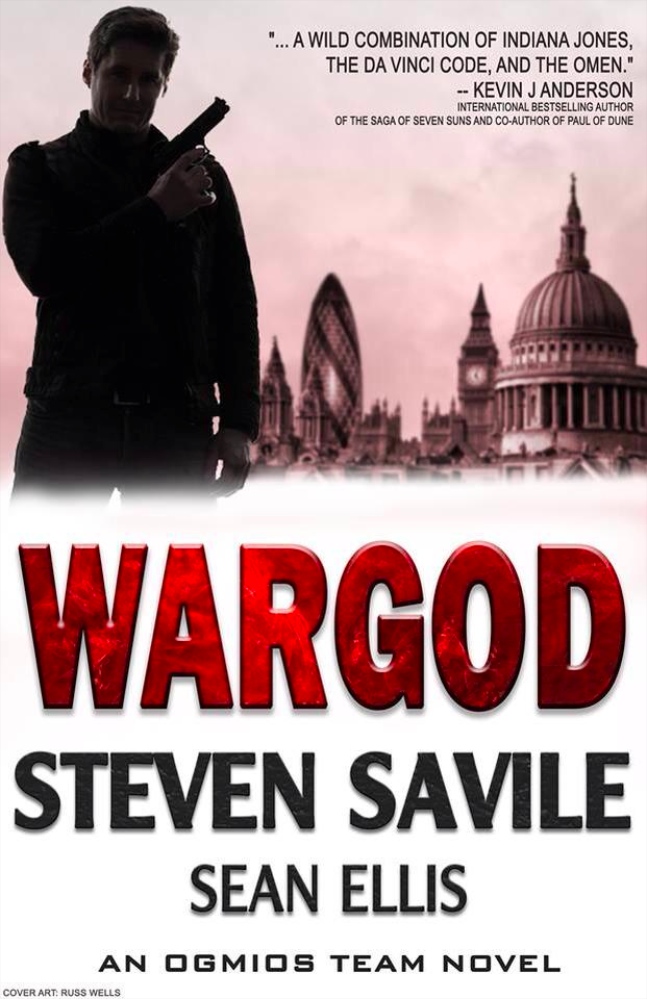 
It's the middle of the night. Ronan Frost receives a plea for help from his former commanding officer, Tony Denison. Denison is running for his life. An outspoken opponent of globalization and fascinated in Arthurian lore, Frost’s old comrade is the target of agents of the New World Order, a shadowy conspiracy trying to prevent him from finding the Crocea Mors, the sword of Caesar, and perhaps the very blade that King Arthur pulled from the stone to win his kingdom.

Frost is sceptical, most of what Denison claims strikes him as bullshit, plain and simple, but there's no denying that someone is trying to kill him.

So he's going to help. No matter the risk. That's just who he is.

Across London, Sir Charles Wyndham, leader of the Ogmios Team, dispatches Konstantin Khavin to learn the truth behind the attempted assassination…only to discover that the British government wants Denison dead at all costs. And because Frost is with him, Sir Charles is forced to make a choice—abandon Frost, or lose Ogmios for good.

It's not a choice he ever wanted to make, but he's going to have to cut Frost loose.


This is the third book in the series, continuing the team's origin adventures before events in Silver - which sold over 75,000 copies in the UK and US, and has been translated into French, German, Polish, Turkish and Spanish, which should set up a great foundation for the series to build on now.


Ronan Frost easily picked out the two men from the mass of people idling along the narrow pavement of Kensington High Street, looking in the shop windows and pretending to belong.

There was nothing particularly remarkable about them.

They wore blue jeans and anoraks over bright red Arsenal tee-shirts. Short hair, but not too short; rough features, but not too rough…unremarkable.

He spotted the first of the pair lounging on a plastic bus stop bench in front of the Royal Garden Hotel. The man was reading a copy of The Sun. His eyes came up every few seconds to sweep the street. His head never moved. The second man leaned against the wrought iron fence near the park entrance a hundred metres further down, smoking a cigarette and simply watching people come and go. Trying too hard to be inconspicuous and blend into the background. Frost immediately pegged them as watchers.

Amateurs, he thought, but that was what bothered him.

Had he been meant to notice them? Were they a distraction to throw him off balance? Were there others following him? Ones who knew what he’d look for and therefore more adept at escaping his notice?

I’m overthinking this, he decided. But sometimes that was good. He thought about the phone call that had summoned him.

“Someone just tried to kill me,” Tony Denison had said before Frost could even digest the fact a ghost had called. They’d kept in contact for a while after Frost’s selection for the SAS, but their lives had taken different paths and they were guys, so it wasn’t like they sent Christmas cards and birthday wishes. The first thing Frost had thought on hearing Denison’s voice after all this time was: ‘why?’ His second thought had been: ‘why me?’