Lilly is kidnapped by a rival motorcycle club and must figure out how to get back to Asher. 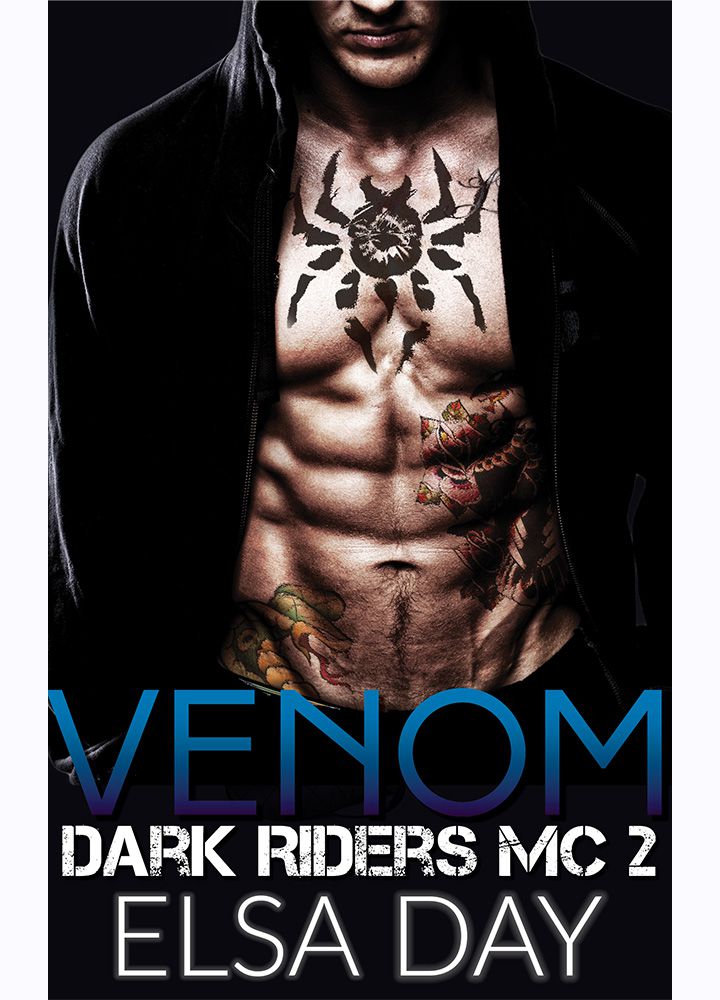 Instead of burying her head in books, she finds herself on the back of a motorcycle. Not only that, but her arms are wrapped around Asher, the Dark Riders' rugged VP, and Lily's first love.

But when Lilly is kidnapped by a rival club, all her carefully crafted plans go  flying out the window.

Venom, the ruthless president of Tarantulas MC, is not the kind of man to say please. He gets what he wants, and he'll even turn Lilly against the people she cares about most to do it.

Will Lilly give up everything to save her very first love? Or will her new life come down around her in flames?

Venom is the second entry in the Dark Riders Motorcycle Club serial, following the story of Lilly and Asher. The series contains strong sexual themes, and is not intended for readers under the age of 18.


This series has done very well in every single book has been in the top 1000 of the entire Amazon store.


wanted to run to him.

Every muscle in my body tensed, ready to go to Asher. Was he bleeding? I couldn't see. Was he safe?

The big bikers crowded around him, blocking Asher from my view. But they weren't bothering with him anymore. Their fight was over. Instead, they shouted.

"What the fuck was that!"

So when the rough cloth filled my mouth, I was shocked. I tried to scream but the sounds were muffled by the fabric, trapped in my throat. Before I could move, a blindfold wrapped around my face and a bag slipped over my head.

Someone grabbed me, wrapping their arm around my waist and lifting me off the ground. It was almost like I was a rag doll, thrown over their shoulder.

At first, I was too shocked to react. It didn't seem real. How did everything go from beating the Tarantulas, to the safe house burning down, to Asher being shot? How was I gagged and blindfolded when everything was supposed to have been okay?

That's when I threw my first punch. My fists met with hard leather and muscle, but that didn't stop me. I kicked. I could hear whoever was holding me groan as my fingers dug into his flesh and scraped. I wanted to draw blood. I wanted to break bones.