Valmont- the Vampire Prince : Heir of Blood by Pet Torres 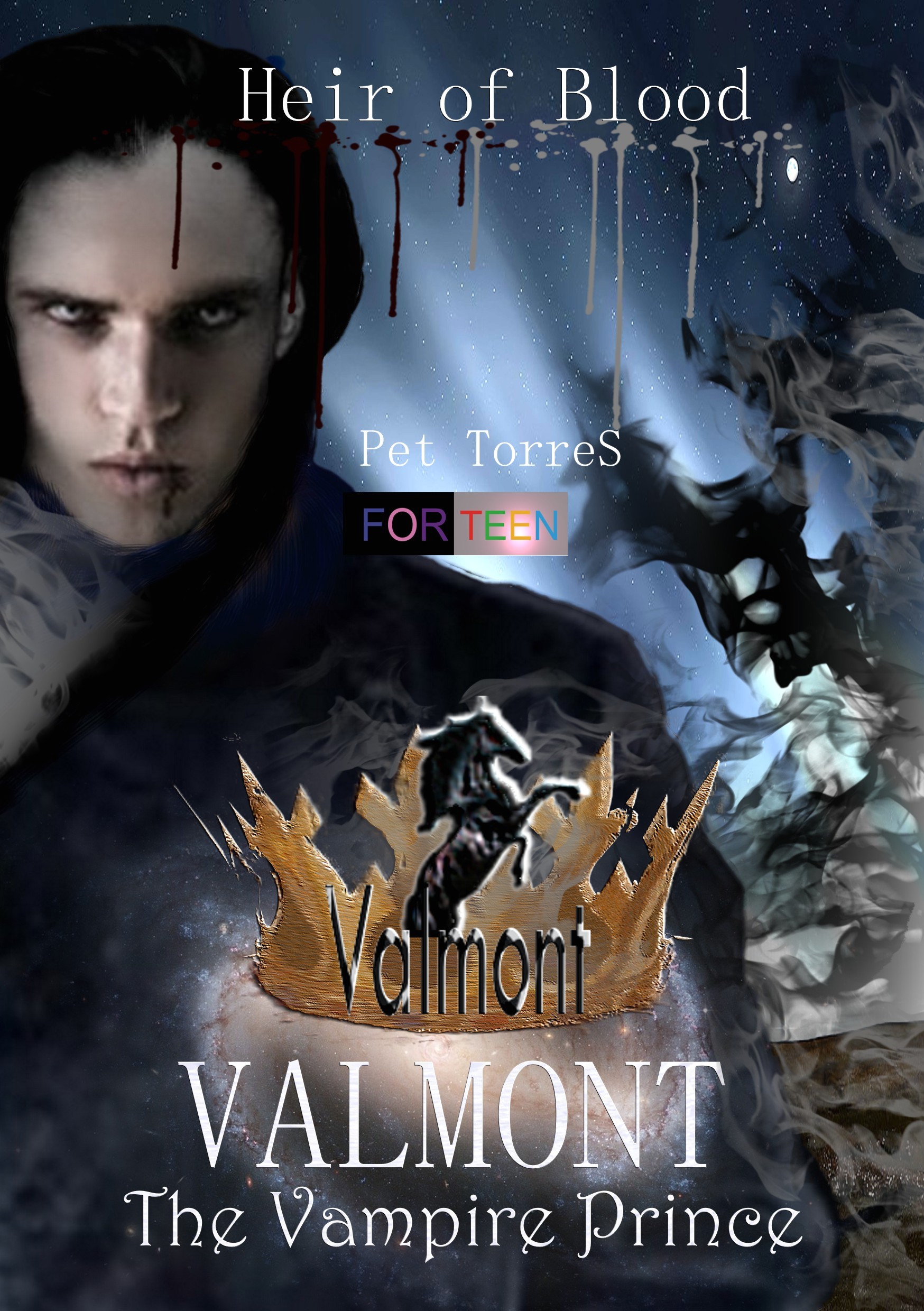 Valmont goes to the Planet Neptune and all the truth about his origin is revealed. That is, he discovers he has a father, Kings of the vampires and he is a Prince, Heir of Blood. Nevertheless, Valmont will have a revelation which can change his destiny as a Prince in Neptune.

Hours had passed by when I finally arrived at a territory totally far and different from the planet Earth. I stayed unaware for some hours, but as soon as I opened my eyes the first thing I could see was a dark high ceiling. There were baroque designs on it. So I winked sometimes, imagining I was lost in one of my dreams.

Notwithstanding, the dark ceiling and the designs made with concretes still were before my eyes. So I was not dreaming like I had imagined I was.

Following time I sustained my hands on a marble sanctuary, which I was still laying on, and I sat up on it. After that, I saw three dark shadows around me.

She stared at me all the time.

Well, I had no idea.

If they were my friends or enemies, I would just know that after the elapse of hours.

I questioned, glancing around. The walls in the great hall were replete with lit torches. I knew I was in some castle lost in the universe.