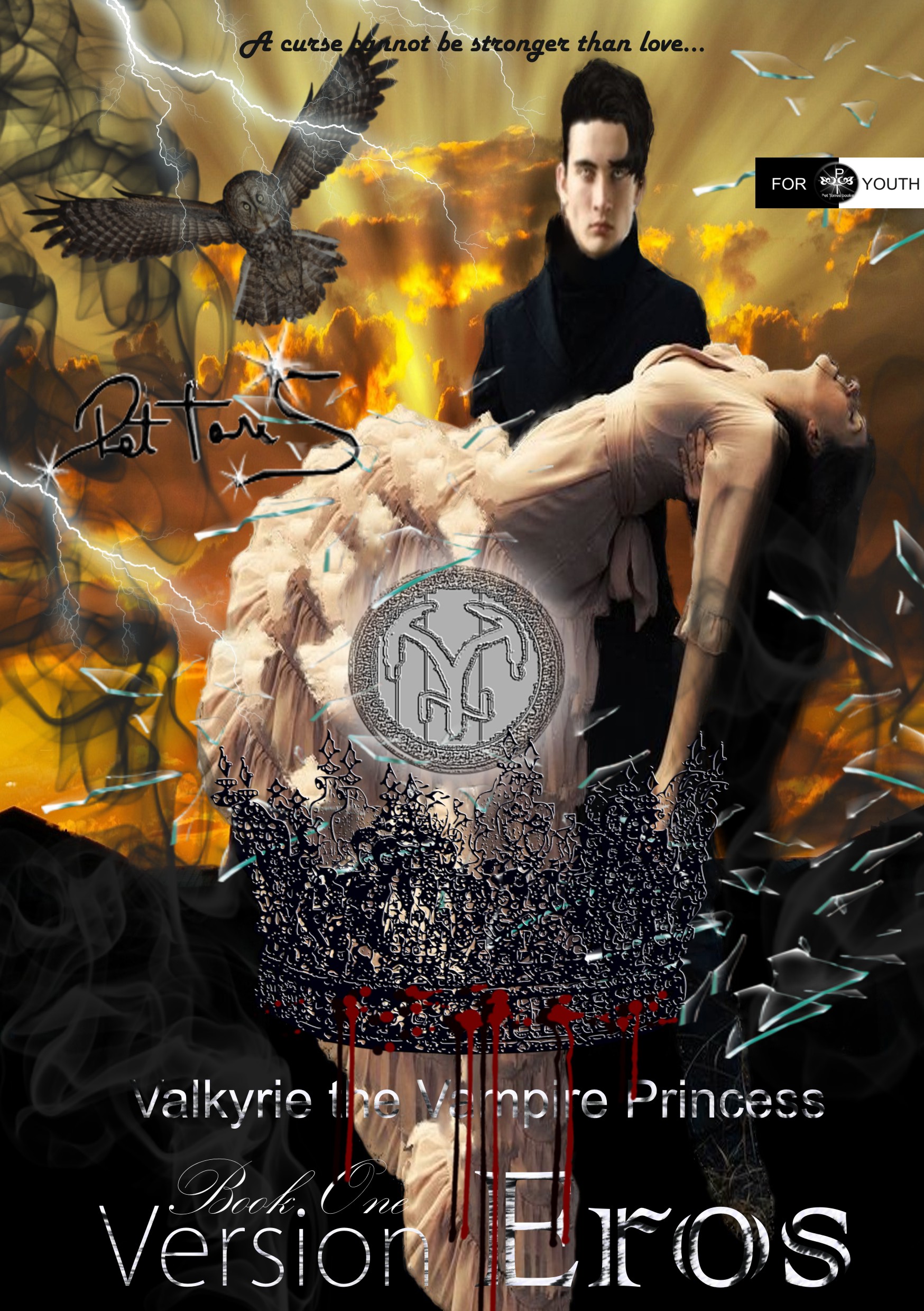 A curse cannot be stronger than Love...

I woke with a gasp, clutching my chest as my eyes darted around the room. Strings of hair were plastered to my brow with sweat, and the breeze from the ceiling fan was cold against my skin. Taking a deep breath, I closed my eyes in a fruitless attempt to calm my fear. Even as the initial adrenaline wore off, I could still hear blood pounding in my ears.
The nightmares had begun when I was seven. They were not terrifying in the classic sense, more eerie and disconcerting than anything else. What terrified me most was the startling consistency with which I had them. Even in the years that had passed since the dreams began, they had always remained the same. There was always a man in a dark hallway, his figure obscured by shadow and dust. I did not recognize the hallway except from my own dreams. Dark purple wallpaper flaked from the walls and cobwebs infested the corners. Each time, the man called out my name. His voice was always far and tremulous, reverberating through my skull as if it was a telepathic summons, “Valkyrie…Valkyrie…”
Shaking my head, I pulled my blankets up to my chin, embarrassed by my own fear. Dreams are just dreams. Nothing more. Nevertheless, I had grown up fearing my dreams—my nightmares. Sometimes I would leave the light on in my bedroom when I slept, anticipating that I would wake in terror before dawn and that the brightness of the room would provide some small measure of comfort. It was always so real, so intense, and so profoundly confusing. The dreams made no sense and nothing ever came of them, save for my own dread. Why me? The question drifted across my consciousness as I fell back into a fitful sleep.


This book is for teens and young adult readers.

The next morning, I woke to sun streaming in through the window beside my bed, bathing my room in a comforting, golden hue. I rolled over, kicking off the blankets that had tangled themselves around my legs. My dreams remained on my mind, but it was easier to ignore thoughts of them in daylight. Wiping my tired eyes with my wrists, I got out of bed. I shuffled down the hall in my nightgown, lazily reaching up to affix my dark hair into a messy bun. As soon as I approached the stairs, I could hear my mother banging around in the kitchen and humming loudly in no particular key. The smell of fresh pancake batter wafted up the stairs.

“Good morning, sweetheart,” Mom told me cheerily as I entered the kitchen. She was busy stirring batter in a bowl with an oversized wooden spoon. She glanced up at me as I sat down on a barstool at the end of the counter. She must have seen the weariness on my face or the circles under my eyes. Her expression darkened. “What’s wrong?”

I gave her a half smile as she crossed the kitchen to turn on the griddle. “What do you think? Same as always…”

Sighing, I confirmed, “I had it again.” I fidgeted uncomfortably with the sleeve of my nightgown, refusing to meet Mom’s eyes. “Just like always, he called my name. Over and over. But he never moved and I never saw his face.”