Jenna and Larry's Valentine Anniversary Party turns into a nightmare. Will puppies save the day and their marriage? 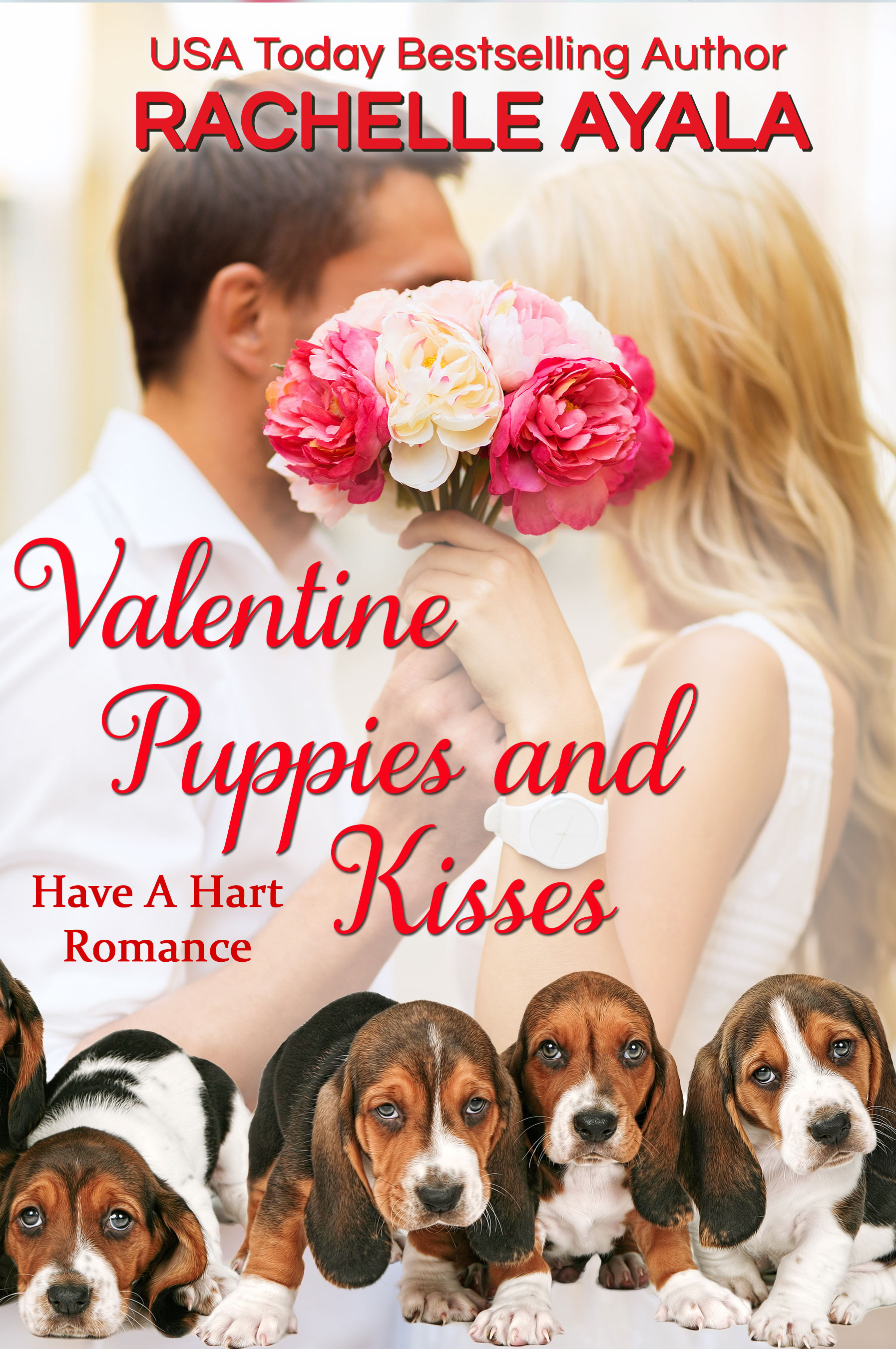 Larry and Jenna have it all—a fairy tale romance, a sweet and gassy basset hound dog, and a dream home on the way.

While Jenna charges ahead with her dreams, Larry is plagued by nightmares and doubts about their future.

As Valentine’s Day draws near, and with it, their first anniversary, Jenna plans a big surprise for Larry, a scarred and injured firefighter who is on disability.

When Harley, their hound dog, spoils the surprise, Jenna is shocked at Larry’s reaction.

Will a house full of puppies and kisses be the lucky charm Jenna needs to convince Larry that he can truly have a big and noisy happily-ever-after family?


The Hart family series is popular and sells steadily in English. It is PG-13 romance with a family of firefighters and their pets.


Sleep used to come easily for Larry Davison—even in the burn unit where he’d been drugged up most of the time. Back then, he didn’t know if he could live. It hadn’t mattered, because he’d had no one to live for.

Sure, everyone had called him a hero, but there was that one child he hadn’t saved—the one he couldn’t get to—the one who’d cried and clawed and coughed and choked, then died alone, all because Larry failed to rescue him.

No, he wasn’t a hero—never had been.

His wife, Jenna, called his scars badges of courage.

What courage was there from being trapped inside a burning building?

He hadn’t gotten the job done, and he’d gotten hurt. Nothing heroic at all.

Larry stared straight up, not moving, barely breathing. Jenna slept soundly next to him, her soft breathing sweet and fluffy, her body relaxed and tangled around the body pillow she hugged.

There used to be a time she wrapped those long legs around him all night. Not long ago, she used his shoulder as a pillow and held her hand over his heartbeat. Back then, they were newlyweds. He, tall, dark, and scarred. She, a vision of beauty, blond, fashionable, and talented.

Back then, he deluded himself—wanting all the temptations of life. Believing the lies of romance, of love conquering all, of family and generations, of adding to the line of humans walking across the stage of life.

He’d wanted to be a father—dreamed about little arms hugging him, little eyes looking up to him, and little hands holding his.

But now, he was a mental wreck—diagnosed with acute stress disorder (ASD) when he’d gone into a dissociative state after being overrun by a wildfire—blinking in and out of a detached, dreamlike state.

Everyone treated him as if he had post-traumatic stress disorder (PTSD).