Under the Satyr Moon by Rebekah Lewis

Under the Satyr Moon a curse was wrought, and under the same moon shall it be reversed...if the Fates allow. 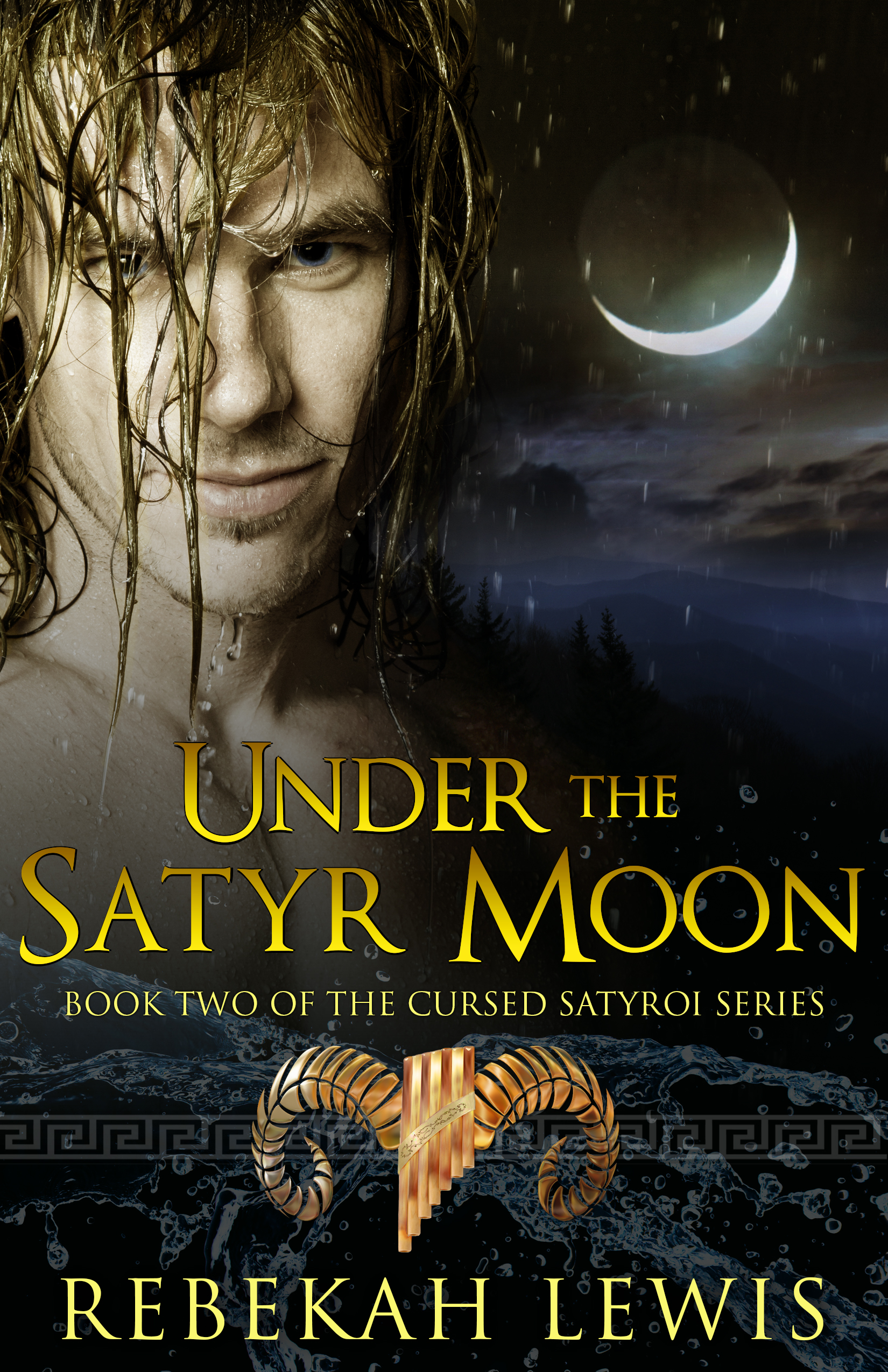 Under the Satyr Moon a curse was wrought, and under the same moon shall it be reversed...
...if the Fates allow.

A freelance photography job goes downhill fast when Lily Anders' boyfriend dumps her and disappears from the campsite, leaving her stranded in the middle of the Blue Ridge Mountains. Feeling lost, heartbroken, and afraid, Lily follows a mysterious melody through the wilderness. She never would have guessed the source of the music would reveal that legendary figures of Greek mythology really existed, and she could be one of them.

Ever since he was cursed, Ariston has only wanted one thing—to be human again. He has searched the globe for a nymph to free him, but over three thousand years of failure has pushed him into a life of solitude. Ariston believes he's finally found the salvation he's longed for when he finds Lily spying on him in the forest. Unfortunately, he has to convince her to like him first.

What seems to be the Fates bringing them together in time for the Satyr Moon proves to be an elaborate scheme with macabre intentions. Dionysus has sent Ariston's estranged brother, Adonis, to ensure the curse cannot be broken, and nothing tosses cold water over the flame of seduction like a twin seeking vengeance.


"What are we doing?" Lily asked as she broke the kiss. She palmed his cheek and Ariston turned into it, kissing her hand lightly upon the mound of Venus.

"I would think it's rather obvious, love. I'm kissing you."

"No," she huffed out a breath, "What's going on between us? I need to know where we stand."

Ariston swallowed, closing his eyes and mourning the loss of her lips against his. He'd pondered the same, many times. "I wasn't sure if feelings were mutual. I didn't want to push you." True, he needed her for the ritual, but if she didn't want to go through with it, wishing for anything more would lead to misery.

Lily snorted. "Because 'hey, I need you to have sex with me during the eclipse' isn't pushing at all."

"I never said it that way. It's unfair enough to ask that of you so soon." Neither commented on the fact he'd done nothing but have sex with nameless women to keep the curse at bay. Ariston had never invited any of them to his home, had never actually known them. He'd never wanted to. With Lily, he wanted everything, the whole package. However, he'd screwed that up from the start.

"So you do have feelings for me? Like, other than getting your humanity back?" she asked speculatively.

Lily thought he'd discard her. Well, he had told her she could go on her own way after the eclipse. Of course she thought that. Ariston hadn't given her any reason not to. "I've never wanted anything more than the chance to have a real relationship. I haven't even attempted it considering my, uh...condition. I've felt a connection with you since that first day, even when you thought I was a monster. The moment I laid eyes on you, I knew. I knew I'd found something special."