The biggest touchdown of your life! 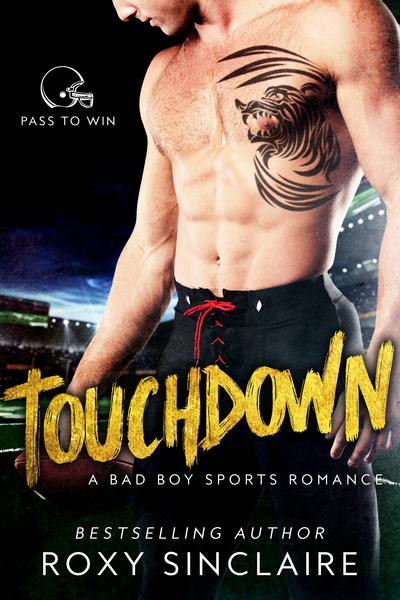 Alexa:
I hate him, but I want him…
I hate the emotional blackmail that my mom gives me for not being with Sebastian, the guy my mom wanted me to marry. I never wanted him. But if I don’t, my mom will end her relationship with me.

I am only interested in the quarterback who I cheered for on the sidelines, even though I hate his guts. Regardless, I can’t deny what my body and heart desired. But we are about to graduate and go our separate ways. What am I going to do?


Martin:
I’ve always loved her, but I’m poorer than she knows...
Playing my last year in college as the star quarterback people thought I was, it was bittersweet. I hope I get drafted into the NFL to be able to help pay my family back for all they’ve done, and get them out of that trailer. But that would mean being far from Alexa.

She was the cheerleader I always wanted by my side. But man, she could be so stuck up sometimes! That was until our friends locked us up in the dorm and wouldn’t let us leave til we sorted things out. I have no idea what will happen next…

This is a full length bad boy sports novel, with NO cliffhanger, NO cheating, and a guaranteed happily ever after.


It seems crazy to think that the one thing that people know me for will be nothing but a memory after tonight. In the years before high school, I was only known as “The Rich Girl” and I hated it. Then, I became “The Cheerleader.”

I mean, it isn’t great to be known for just one part of my life, but at least people recognized me for something I was good at. Princeton became my home away from home, a place where I could be myself without my parents meddling in my business.

It was actually better than home, because when my classmates hear the name Alexa Hall, most don’t make the connection to my multimillion dollar family.

Growing up, I always wanted to play sports. I’m a fierce competitor, but my mother thought that girls’ sports were for “the rough kids”. That’s just another way of saying “poor, ugly people”.

I remember one time in elementary school, I was playing soccer with some kids at recess. I collided with a boy two years older than me and I got a couple teeth knocked out. They were just baby teeth, so it really wasn’t a big deal. My mom absolutely berated me when I got home, though. When she stopped yelling at me for ruining my face, she just cried and wouldn’t look at me for days.

She wouldn’t let me participate in the pageant I was supposed to be in that weekend and told the school that I was not allowed to take part in such dangerous games. I was relieved that I didn’t have to go to the pageant, but having to sit on the sidelines when my friends were having fun at recess was torture.

So it was a bit of a surprise when my mom allowed me to try out for the cheerleading squad when I started high school. The cheer coach said that I was the first freshman to make the varsity squad in over a decade.