all the characters from the series are revisited in this fourth installment. 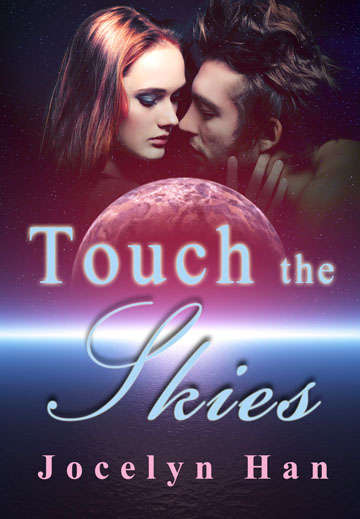 Ava and Nicolas…
What happens after Nicolas declares his love to Ava? As Ava’s twenty-first birthday approaches, the time to tell Nic’s family about their relationship is coming closer. Will they make it to that day without being found out? And will Clea let Nic go without a fight?

Tori and Alen…
Tori finally takes Alen to Mars to visit her family and properly meet her father, the Great German ambassador of the northern hemisphere. On Christmas Eve, Alen gets a text message from Commander Kelso, though, asking him to be a part of the rebel movement. Will Tori be able to accept that her boyfriend is not quite done with his dark past yet?

Lana and Bruce…
She hasn’t seen him for months, and then he unexpectedly shows up on her doorstep on Desida Two. Will Bruce be able to hide in plain sight thanks to a new alliance between the Desidans and the rebels? Lana is about to find out – and show him how much she’s missed him now that Bruce is here for a surprise visit.


The series has been selling quite well in the US and has also been ranking high on Amazon Italy in translated form. (in Kindle Top 100 Erotica for months on end)


Of course, Nicolas would be disowned. His farm would go to another family member. Ava could only hope her money would be enough to hire the Pipps family as their personnel once they moved back to Sutton. She had no idea what Nicolas was paying them. She had never dared to ask, because knowing what riches Nicolas would be giving up willingly to be with her would make her feel incredibly guilty.

“Please,” she moaned softly, when she felt him taking a step back. “Don’t let go just yet. Stay with me. They’ll think we’re busy plowing the fields.”

“I can think of a field I’d like to plow,” Nicolas mumbled suggestively. His hands slipped down to her ass again, and he swiftly lifted her so her legs circled his waist, her skirt riding up as he pushed her shoulders against the large tree behind her.

“Nic!” she hissed, scandalized at his sudden eagerness. “Not here.”

“Hmm?” His hands slipped from her butt to her breasts. “What about here?”

Ava felt a silly giggle bubble up in her throat. Oh, she’d missed him. Ever since Nicolas had admitted to himself that he was in love with her, he’d been so frank and playful and sweet with her. After their trip to Sutton, they’d kept a respectable distance in the presence of other people, especially his rich, Elite friends, but every minute they were alone, he treated her like he thought she was the most amazing person in the universe.

She certainly thought he was.