Touch of the Alpha: Part Four by K. Matthew 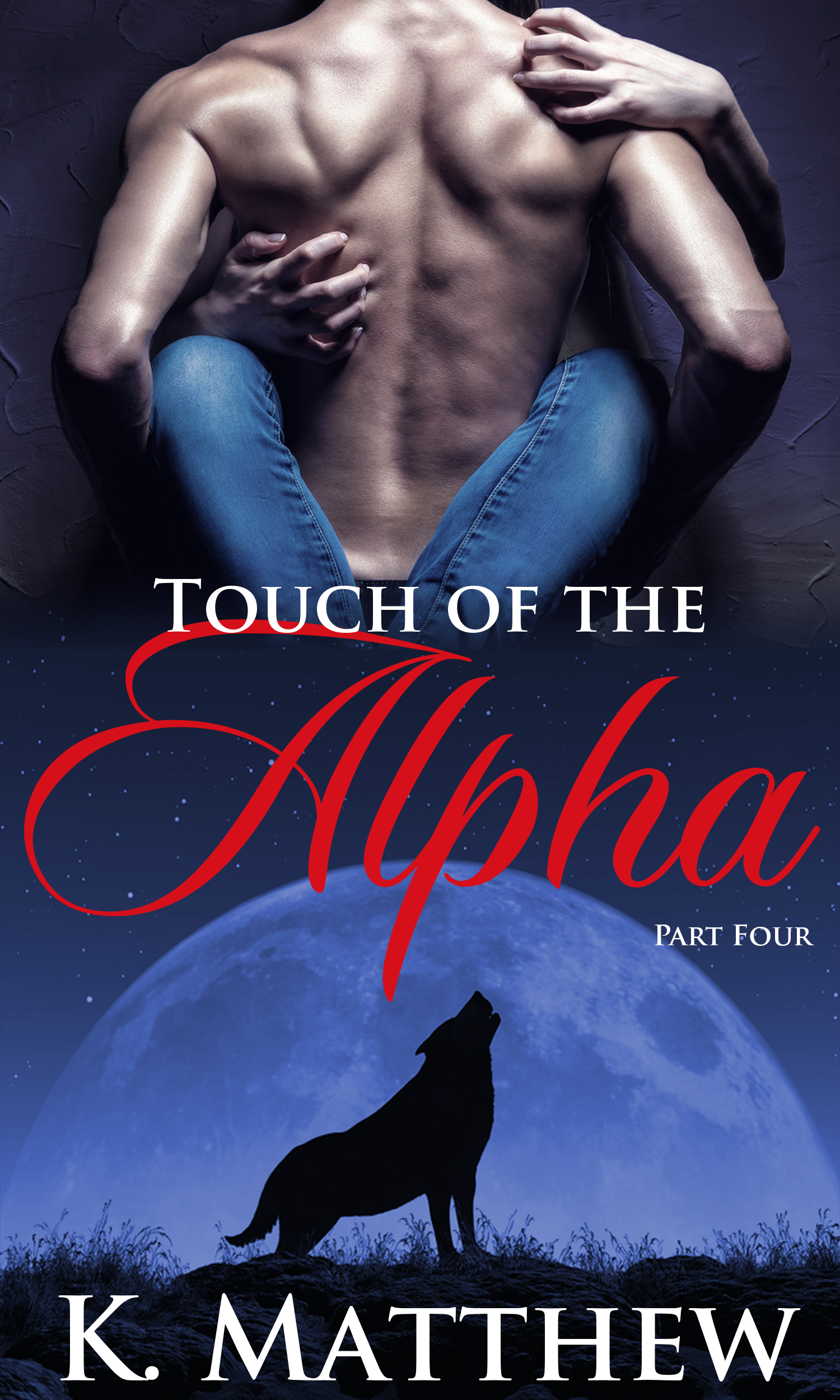 Carter has made the ultimate decision, to take Karen as his Alpha mate. The council of regional Alphas is not pleased. In fact, they're out for blood, determined to execute both Carter and Karen for their crimes against lycan society.

When the couple flee the country looking for protection, they're introduced to a life far removed from what they were used to. Adapting is difficult, and protection isn't guaranteed. The stakes are upped when an unexpected surprise changes things. Will the couple escape unscathed, or will their choice to be together spell certain doom?

This is the final installment in the Touch of the Alpha series.


It was a whirlwind romance, the type that Karen had only seen in movies. She and Carter stole off into the night, nary telling a soul. The way they had to sneak through Sky High Ranch to get to Carter's truck told her that what they were doing was forbidden and extremely dangerous. Carter had made his choice though. He had chosen her, which was completely unexpected to Karen.

She had spent a good portion of the afternoon preparing herself for the worst, thinking that Carter was coming to say his last goodbye—to show her pleasure one final time before he abandoned her forever. Now, they were running hand in hand, escaping lycan society and politics for a life of exile. Together.

The thought that Carter was casting aside his title as regional Alpha was endearing to Karen, yet sad at the same time. She had always been a misfit. Even in her own pack, where the wolf blood had waned to the point that she was almost human, she never felt like she quite fit in. He was giving away everything though. Plummeting from the top of the hierarchy down to the lowest of the low, all for her.

Of course, they couldn't really take his regional blood away. At least, she didn't think they could. All they could do was strip him of his title and mourn the fact that him leaving lycan society behind weakened the entire race. The overwhelming amount of human in Karen's blood would taint their children. But that shouldn't matter to her now. None of it should, as long as they were alright.