The White Lord of Wellesbourne by Kathryn Le Veque

Will love or duty win out? 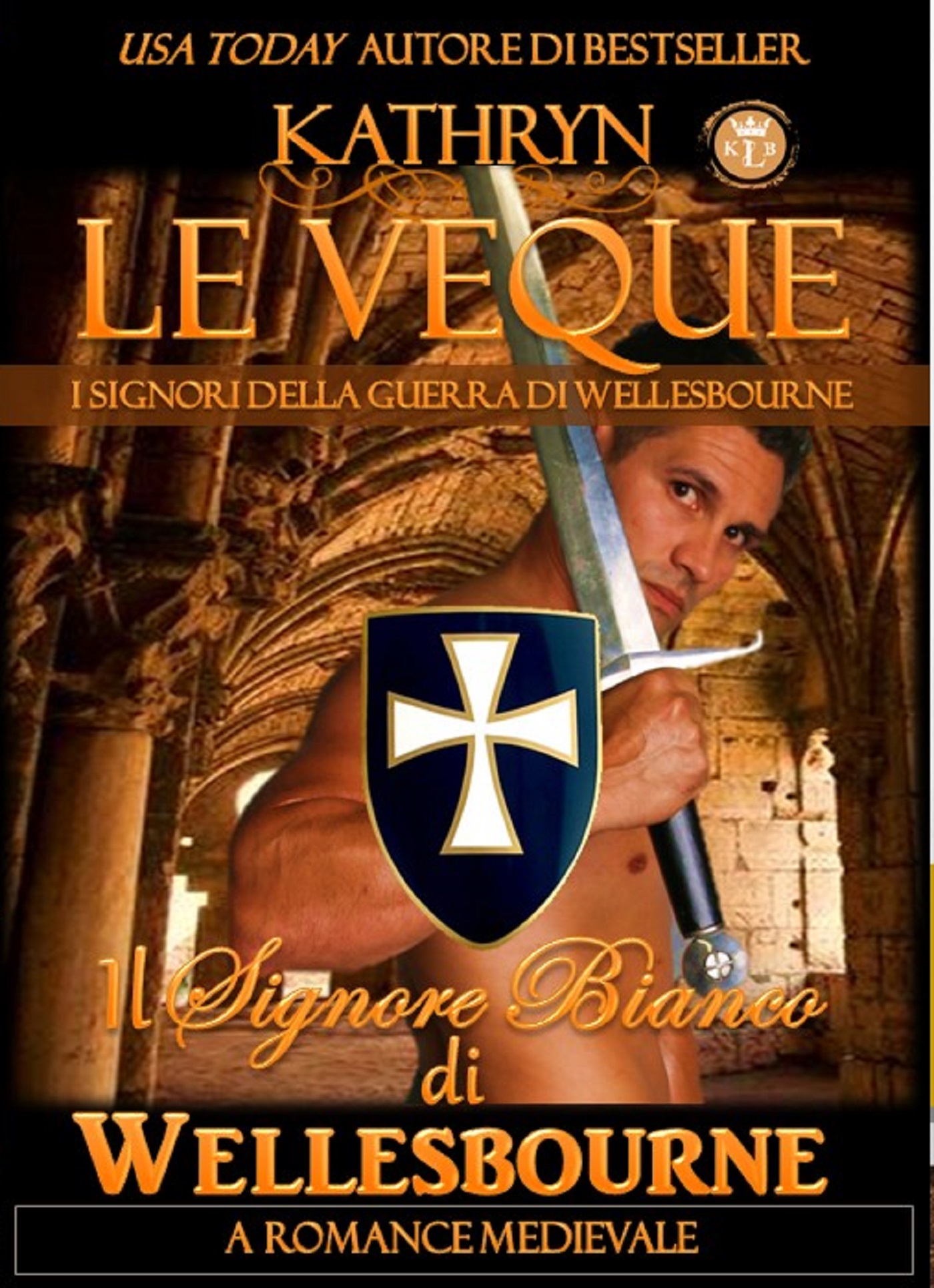 1485 A.D. – Adam Wellesbourne and his four sons – Matthew, Mark, Luke and John – comprise the most feared House in the service of Richard III. Adam’s eldest son, Matthew, has earned such an influential reputation that throughout England he is known as The White Lord of Wellesbourne. Upon the eve of the Battle of Bosworth field, Matthew finds himself forced into a contract marriage that he has been avoiding for ten years. He has no desire to wed the Lady Alixandrea Terrington St. Ave, but his father is insistent. The lady comes with a dowry of 400 fighting men, most important in these warring times. But a strange thing happens to Matthew the moment he meets his future bride; he is actually attracted to her. The Lady Alixandrea is beautiful, intelligent, and kind. But she is also unknowingly caught up in a deadly game of politics. Suddenly, a simple marriage becomes a deadly happenstance. As forces for both King Richard and Henry Tudor build towards the battle that will decide the future of England, Matthew is distracted by the woman he never wanted to marry. In this world where the politics of rival men vying for the throne control the fortunes of a nation, The White Lord of Wellesbourne is torn between the unexpected life he never thought to have and the warring life that he’d always known to be. Will lovely Alixandrea win him or will King Richard?


The White Lord of Wellesbourne was a number one ranked new release on Amazon's Medieval Romance category. It currently has an average 4.6 Amazon star rating out of 5.0 with 75 reviews.


The carriage had a bad axel and held a worse gait than that of a lame horse. For days she had put up with the rocking and lurching. Whenever the carriage came to a halt, she continued to rock and lurch long after it had stopped. Sometimes she thought her brains were about to come sloshing out of her ears.

Her patience had lasted nearly nine days. But it was eight days too many. Nearing a town nestled in the soft green landscape of Warwickshire, she could no longer stand the torture and she smacked the roof of the carriage several times until the driver pulled the horses to a stop.

The woman with the sloshing brains stuck her head out of the window. “What town is this?”

“Thank God,” she muttered. Then louder, “I will stop here. I must stretch my legs.”

“But we are almost to Wellesbourne,” the driver told her.

She ignored him. The door to the carriage was already open and the lady climbed out. Behind her, a contingent of four hundred soldiers had come to a halt, including three mounted officers. The shuffling of their feet kicked up clouds of dust from the dry road and the breeze, once so delightful, now brought the dust in the lady’s direction. She fanned a hand in front of her face to be rid of the dirt.

“Look at me,” she glanced down at her clothes, of the latest fashion. “I shall be a dirty, dusty mess by the time we reach Wellesbourne. What will my new husband think of me?”

From the carriage door, a small covered head appeared. The lady’s serving woman was an unusual shade of green as her feet gingerly found their way out of the carriage