The Wedding Bargain by Cheryl Bolen

English noblewoman offers herself in marriage to the richest man in the kingdom in order to save her brother. 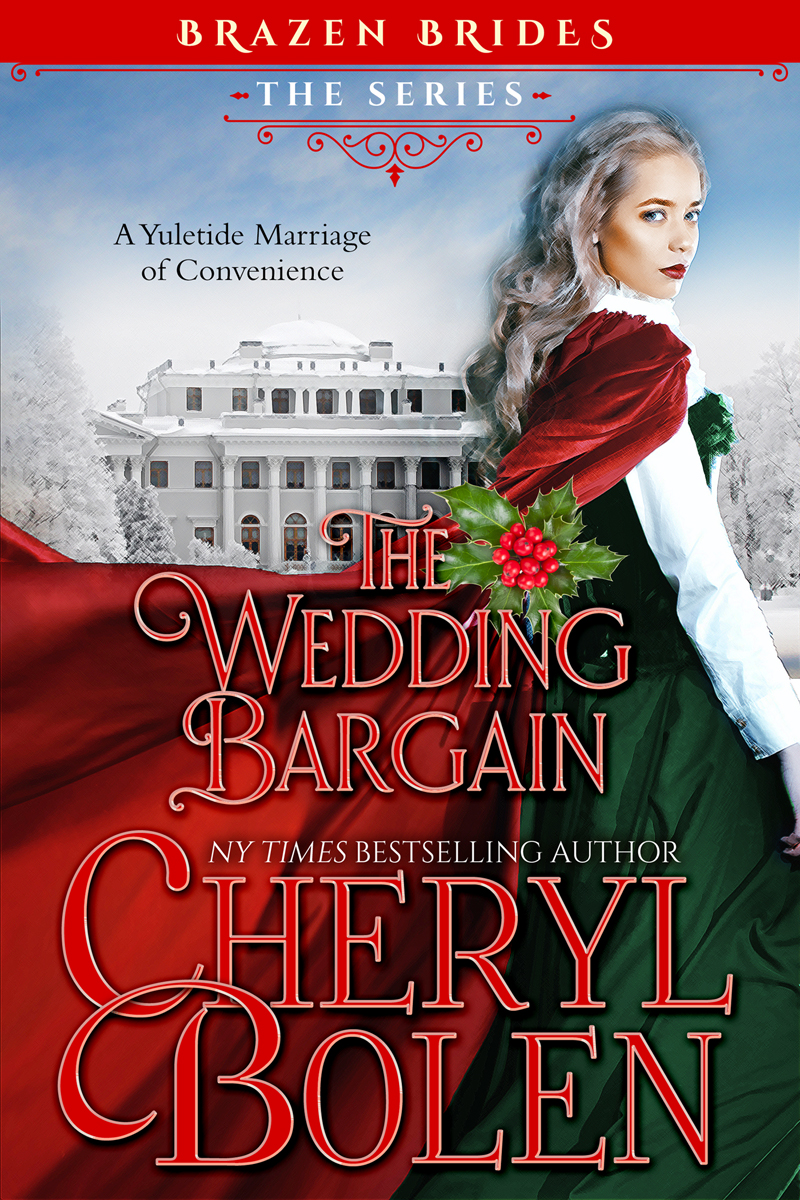 To save her brother, the lovely Lady Fiona Hollingsworth brazenly offers herself to the richest man in the kingdom. He’s not be of her circle and she’s only met him once, but she's unable to dispel the handsome Cit from her thoughts.

Nicholas Birmingham is accustomed to women falling at his feet, but the beautiful Lady Fiona Hollingsworth? He turns her down. He's always vowed to marry for love, and he's aware that Lady Fiona’s not in love with him. But when he realizes  she'll offer herself to another, he relents. He asks for her hand--and her compliant body--in his marriage bed.


"Who is that beautiful creature?" Lady Fiona Hollingsworth asked her theatre companion.

Reginald Barrington screwed in his quizzing glass and, following Fiona's gaze, stared at the actress on the stage below. "Ah, that would be Diane Foley. Lovely, is she not?"

Reggie’s head bent to hers, and he whispered. "Miss Foley's protector sits in the box opposite us."

Curious to see the lovely actress's "protector," Fiona directed her attention to the lone man in the box across from hers. He was an extremely handsome man in his early thirties, tall and dark and exceptionally well dressed.

Even were he not possessed of such striking good looks, the man's haughty air of bored arrogance would have commanded attention. Only once before had she seen such a man.