Omega warlock Martin and vampire Broden are on the run from a powerful lord, but they have to band together once Martin becomes pregnant. 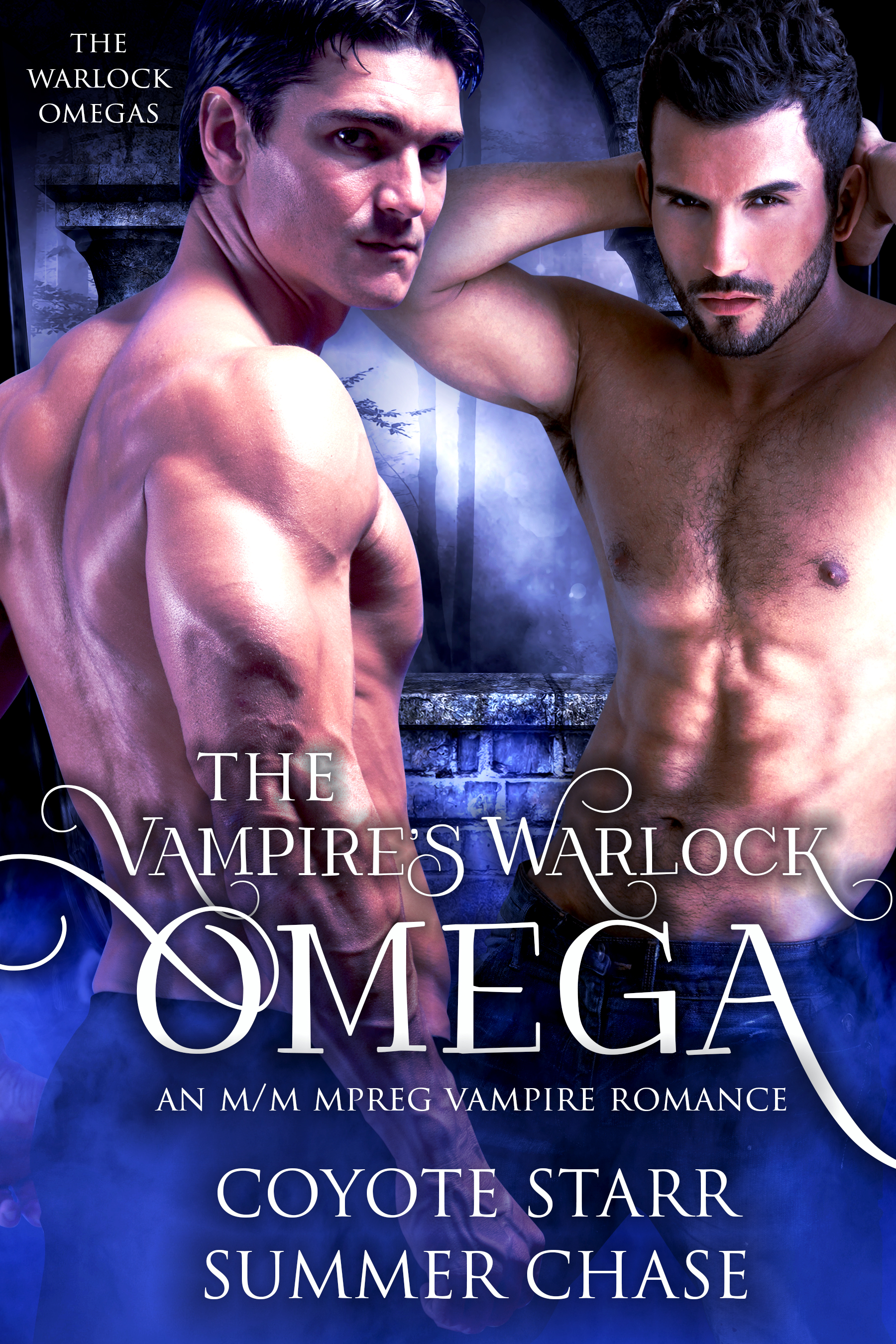 As an omega warlock, Martin is invaluable to his tyrant uncle. As a man, he risks everything to escape.

Martin has faithfully served his uncle Cormac his entire life, allowing the evil ruler to siphon off his magic. So when Cormac declares that Martin will be bound to an alpha warlock forever, Martin knows that he needs to run or lose his chance at happiness forever.

Vampire hunter Broden has been spying as a guard in Cormac’s castle, keeping an eye on the rare omega warlock who could bring about a new age of vampires in the wrong hands. He just never expected the warlock to be so handsome. Or to save him when they’re attacked by vampires.

The worst part--in order to save Broden, Martin had to turn him into a vampire. And their passion for each other sparks a night together that leaves Martin expecting a baby. A baby that could be the birth of a new race of vampire/warlock hybrids.

Now they’re on the run from Martin’s uncle and ex-fiance to protect their love and their baby. But there are dark forces at work that would do anything to get its hands on both Martin and his unborn child.

The Vampire’s Warlock Omega is a sweet M/M MPREG paranormal romance with some spicy heat, adventure, surprise babies, and a guaranteed HEA. It is the first book in the Warlock Omegas and can be read as standalone.


Sold on Amazon and in Kindle Unlimited. Maintained ~3,000 sales rank on Amazon US for two weeks in May 2018.


“You belong to Lukas now.”

Martin didn’t know despair until he’d heard that. It was news that involved him in the most intimate, permanent of ways. And it was news that he couldn’t believe.

Yet there it was out in the open. His uncle, Cormac Vimka, watched him take the news with malicious glee. After all, Cormac liked to see him hurt both physically and emotionally. It’s what had kept the young omega warlock under the old man’s thumb throughout his whole life. It was what kept Martin’s powers at his uncle’s beck and call, ever since Martin’s alpha-father had sold him to Cormac to settle a stupid, stupid debt.

Until now, Martin had willingly done everything that his uncle had asked of him. Everything.

He couldn’t, wouldn’t do it. He’d met Lukas on several occasions throughout his life. Had seen how cruel the alpha warlock was to those he perceived as weaker or lower than him. How would a lifetime of being chained to a man like Lukas tear him apart?

Not in a million years. Not if his life depended on it.

Judging on his uncle’s expression, however, it looked like his life may depend on it. Cormac went from smiling to frowning to something lethal. His very visage promised pain for Martin that he knew all too well by now, growing up under the man’s scrutiny.

“No?” Cormac repeated. His eyebrows drew together in a scowl. “No?”

Martin licked his lips. He wasn’t above begging. Not if it meant he could stay as far away as possible from Lukas.  “Please. If there’s one thing I’ve ever asked of you, it’s to keep me. Here. Under your watchful eye. Because… Because…”