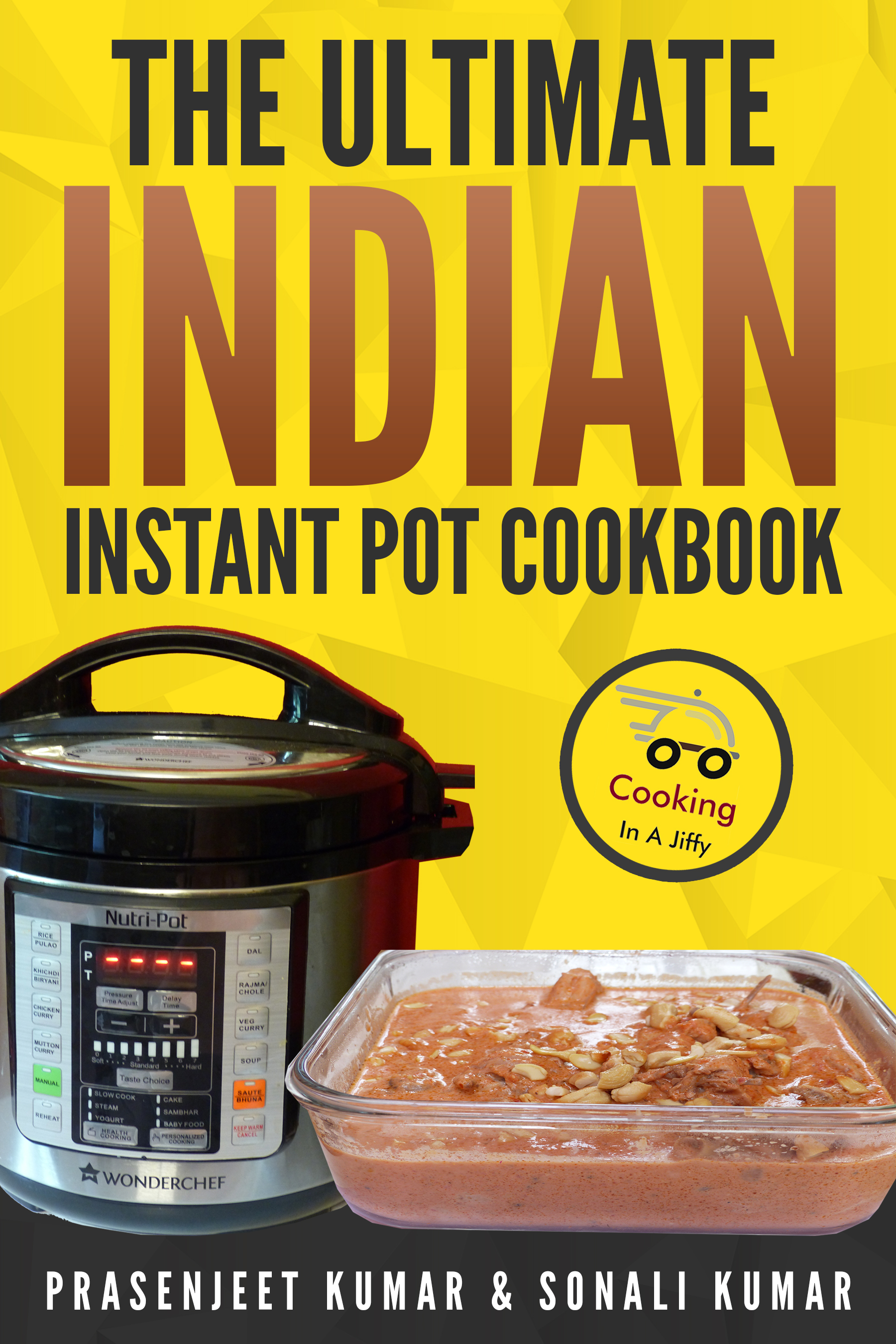 From Prasenjeet Kumar and Sonali Kumar, the #1 best-selling authors of “Cooking In A Jiffy” series of cookbooks, comes this absolutely Ultimate Indian Instant Pot Cookbook with such exotic spices and taste that you will be left asking for more.

There are 9 rice recipes, 5 lentils and legumes recipes, 12 recipes for cooking veggies, 6 fish and seafood recipes, and 14 chicken and mutton recipes.

And finally, there are 4 desserts you can make even from lentils and legumes in an Instant Pot. You didn’t think of that, did you?

With such an amazing compilation of delectable Indian dishes, many of which you can’t get in any Indian restaurant for love or for money, this is unlike any other Indian Cook book you could own.


This is book is from #1 Amazon Best-selling authors.


It is surprising how the Instant Pot has become nothing short of a phenomenon in such a short time. The device sure looks sleek and futuristic; but we believe its popularity stems more from the fact that it makes both pressure cooking and slow cooking so practical and accessible. You can also use it as a rice cooker, a sauté pan, a steamer, an egg cooker, a sterilizer, and a yogurt maker, if you so wish. Some Instant Pots have buttons for baking too, which makes it a wonderful 9-in-1 cooking appliance equivalent of a Swiss Army knife. And now, some models come with Bluetooth support as well! No wonder, the markets have gone crazy about this convenient, timesaving device that lets you cook almost anything without keeping an eye on the stove.

The traditional way of Indian cooking

Contrast this to the traditional way of cooking Indian cuisine, where the whistle of the non-electric pressure cooker would be the most common sound, you’ll often hear in Indian houses. Even now.

So, why do Indians, from slum dwellers to millionaires, love using pressure cookers?

Simply because nothing cooks food faster.

Collection/Series:
How To Cook Everything In A Jiffy