The Satyr Prince by Rebekah Lewis

A satyr must work together with a vampire he hates to stop an evil scheme....but desire is addicting. 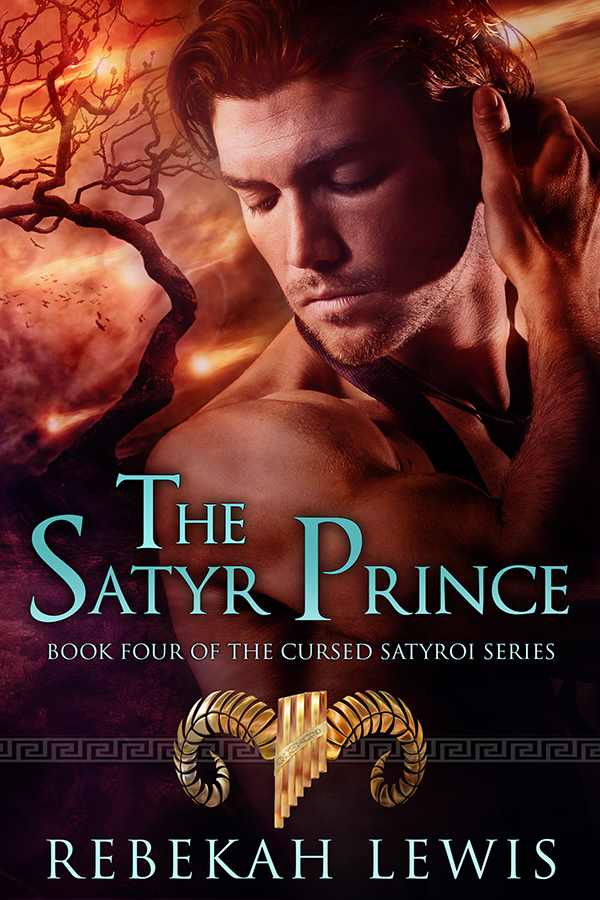 Desire can be addicting…

Shaken by the death of a close friend, Evander takes it upon himself to track down the rest of the Arcadians to face off against Dionysus and the Boeotians. It seems like a good plan—until the vampire who disrupted his life returns to tempt the beast only she seems to awaken within him. Vander hates her, blames her for the tragedy that befell The Aegean Inn months before, but he craves her in his bed. He can’t resist her bite…or her kiss.

Free after being imprisoned and double-crossed by Dionysus, Bremusa only wants to be left alone. Born an Amazon and made into a monster by Lamia, she is prepared to handle any threat. So why can’t she help herself when trouble finds her in the form of a sexy satyr prince she once tasted and didn’t have the time to savor? Just one night with him would alleviate her curiosity, but could never be enough to sate her hunger for him.

Elsewhere, enemies make strategic plays with apocalyptic intentions. Apollo has gone missing, Dionysus has used the syrinx, and Lamia won’t rest until she breaks Bremusa’s spirit—and her heart. Will Vander and Bremusa be able to stand their ground, or will their time together come to an abrupt halt? Not like anyone could survive the end of the world, or could they?


Hit the hot new release bestsellers list when it was new. Does moderately over a year later. Backlist title.


“What do you want me to say?” Bremusa had wanted her freedom and bartered for it. What did he know about making deals with gods? Dionysus toyed with people, and it gave him great pleasure to do so. “I can’t undo it even if I wanted to.”

“Do you?” The prince caged her between the dresser and himself, and while she didn’t mind being in that position, every instinct in her fired on the urge to strike him until she wasn’t cornered. She held back, barely, clenching her fists at her sides, only to be rewarded when his warm breath fanned her cheek as he leaned in to whisper, “Do you really?”

She stood up straighter despite the hard wood pressing into her back and a satyr slipping off the edge of control at her front. “I had no choice.”

“Enlighten me.” Still, no emotion colored his voice. “What did Dionysus do for you in exchange for incapacitating me? What did he take from you that you were so desperate to have back?”

My freedom. The thought made her heart constrict. He was far too perceptive. “Would you prefer if I said I did it for kicks?” Better to get him naked soon because her secrets were never being shared. They were hers alone.